In July, Nissan revealed its first new logo in 20 years, which sought to connect the brand’s heritage with the “digital world”. The updated identity coincided with the announcement of the car brand’s first all-electric crossover SUV, the Ariya. On the car, the redesigned flat logo is lit up with 20 LEDs which symbolised a “new chapter” of Nissan’s evolution, the car company said.

Nissan head of experience strategy and design Mike Lavigne tells Design Week that the identity is part of long-term digital expansion for the company. He leads a London-based team on the “end-to-end” digital experience for Nissan drivers, from website to mobile apps to the tools the car dealers use. The goal is to make sure that the digital experience is as “distinctive” as the cars themselves, he says.

The latest project was a virtual car, an online simulation which sought to showcase the Ariya and its features to the world. The project started in October 2019, when the Ariya concepts were debuted at the Tokyo Motor Show, along with a new design language for Nissan: “Timeless Japanese Futurism”. The motto encapsulates the “tension” between Nissan’s timeless Japanese tradition and the future-facing elements of the brand, Lavigne says. Nissan sees itself as a “challenger” brand, pointing to its 2011 mass-produced electric car, the Nissan Leaf.

The “timeless” design of the Ariya includes the “horizon lines” on the car interface. The horizon is important in both Japanese and Nissan culture, and the inspiration for the brand’s logo. Kumiko patterns (a type of Japanese wood blocking) have also been featured in the car, accentuated by bright lighting and a copper colour palette. These elements are contrasted by technological innovation, such as a button which drivers can touch so that the vehicle drives itself on highways.

The two main challenges for the branch launch were to make people aware of these features, as well as translating Nissan’s new design language. A useful aspect of the virtual launch is that it conveys difficult-to-understand topics in a way that simply reading about them does not, Lavigne says. On the website, you have to drag buttons to activate features in the virtual car, which ties into Lavigne’s idea of “learning by doing” and also mimics the horizon lines found in the car design. There are visual animations of how the car can drive itself on highway lanes as well.

Virtual product launches are becoming more common. Electric bike company VanMoof had a virtual launch earlier this year, while some car brands have virtual showrooms to display models. These product launches are obviously even more relevant given ongoing COVID restraints. While the idea for a virtual launch had started last year, lockdown meant it became a much more “focused” project for Nissan, Lavigne adds. 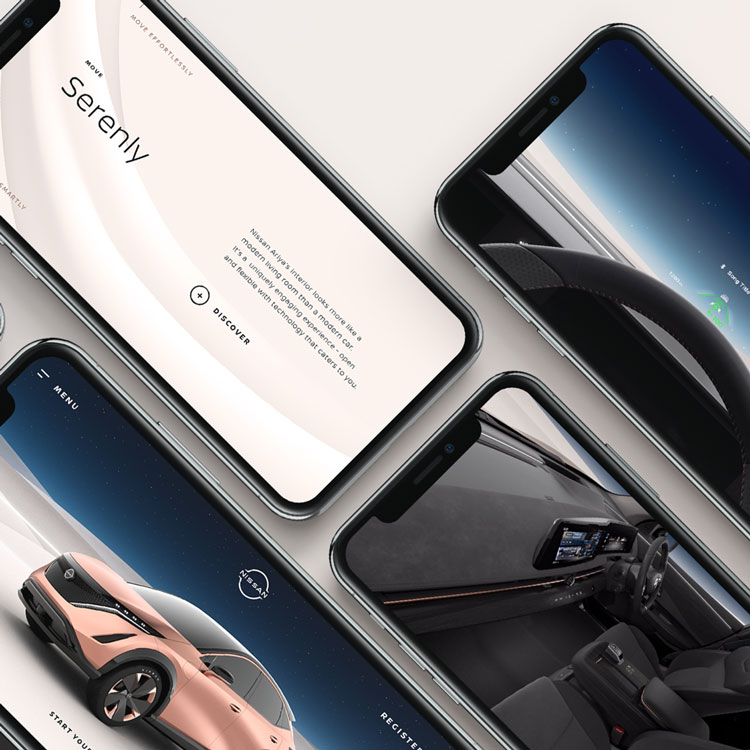 Nissan worked with digital agency Publicis Sapient on the virtual car. The project’s creative director, Publicis Sapient’s Jude Gay, tells Design Week that a challenge for the launch was the timeline. While design work was being carried out for the virtual launch, the actual car’s features had not yet been finalised yet. To work around this problem, the team created a “design framework” built around pillars, such as Nissan’s new motto, as well as more abstract ideas of returning a sense of “humanity” to driving.

This resulted in a more flexible, human-centred approach to showcasing the Ariya — rather than focusing on features, it was sold through “moments”. Gay explains that the focus was on how the car helps drivers throughout the day. Rather than simply showcasing technology, it detailed real life scenarios. One example he gives: “The car knows the driver might get up at 6:30 and that you leave at 7, but it’s a cold day so the car will heat itself up.” 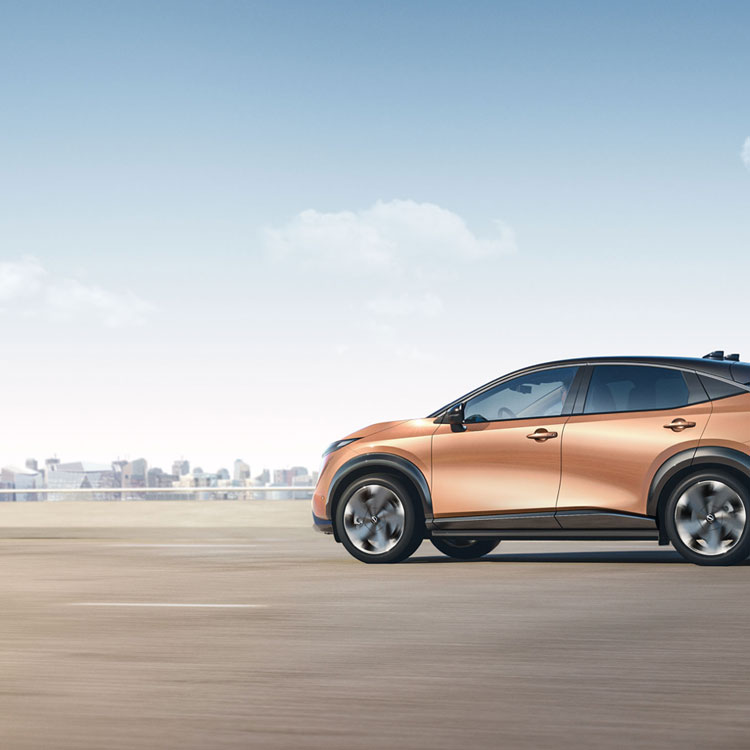 Lavigne hopes that the virtual car becomes the “new benchmark experience” for Nissan’s digital output. The design language, visual elements and principles are now being applied to all future projects. He says that people have been interacting with the virtual car, and Nissan has been tracking which moments are resonating most with customers. The two most popular are the interior lounge display and the “connected experience”. He points out that these are two features that customers don’t have a lot of information about today, which suggests how virtual launches are a good way for customers to familiarise themselves with new concepts.

Where does a virtual launch exist in the future of car retail? The virtual car will become more “sophisticated”, Lavigne says. Customers will be able to “build” an Ariya online and see the ranges in terms of customisation and pricing. In the longer term, Lavigne wants to make this shopping experience the standard one for Nissan. While this has been accelerated by the pandemic, there was already a plan to make “shop at home” a priority for the car company.

Lavigne says that the more traditional elements of buying a car can still be incorporated, like contact with car dealers. “We will always have a physical presence, but what that presence looks like may differ,” he says. The challenge is that the percentage of customers shopping online is only increasing. “More broadly the challenge is taking an extremely tactile product and making it realistic and tangible online,” he says.

If that’s done right, people should be able to step into their new cars and know how to work elements without reading an owner’s manual, Lavigne hopes. Technology will clearly play a big role in this. Nissan currently has an AR app that allows people to troubleshoot issues for their car — it explains what icons on the dashboard mean, for example. He also namechecks as inspiration IKEA’s AR app, IKEA Place, which allows people to drop furniture models in their homes for size and context. One possibility for Nissan would be to show what a car model looks like in people’s driveways, Lavigne suggests.

Designing for a “whole eco system”

The “baseline” expectation of a connected car is that mobile phones link up to a vehicle’s system to play music. But Lavigne says that the team is looking at the “whole ecosystem”. How does a car connect with your phone, your home and whole life? Technology should bring more “exhilaration” and “confidence”, he says. One possibility is for the EV to show how “connected” the world can be. It could show a hike that you could do for half an hour near a station while the car charges, for example.

The Ariya also has an “intelligent route planner” which calculates when drivers should charge their car, based on how much charge is remaining and how they run their vehicles (according to elements such as heating). Amazon Alexa will also be integrated in the car itself so that you can control the heating in your house from your car and vice versa.

Beyond connectivity, Nissan hopes that the digital expansion can prompt a shift in how electric vehicles are viewed. While the eco-friendly aspects of electric vehicles are clear, there is still hesitation around practical issues such as running and charging times, and maintenance costs. Nissan needs to find a way to reduce that uncertainty if it hopes to meet its commitment of releasing eight pure EV models by 2023.

Lavigne says this is a “design challenge”. “The only way we are going to get people to switch to EV and reap the benefits to society, is to design experiences like virtual car that makes EVs tactile and appealing and easy to understand.”