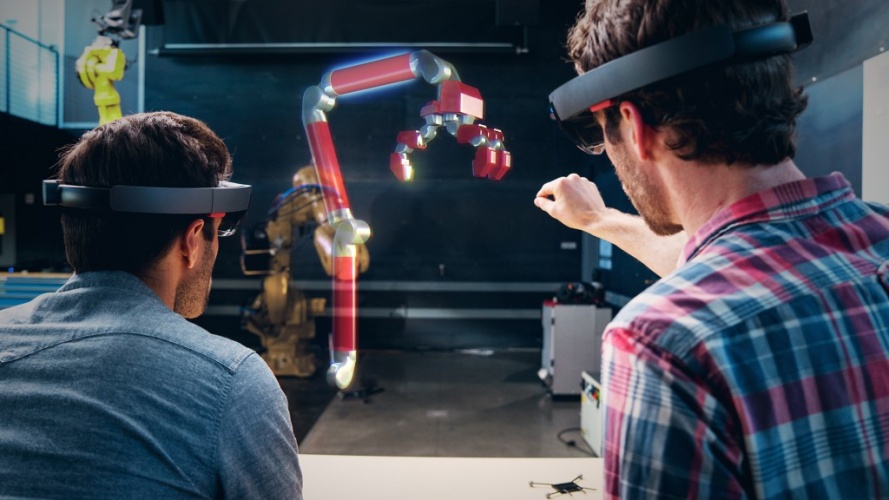 Microsoft’s HoloLens headset – dubbed “the first holographic computing platform” – is set to launch in the UK at the end of November.

The headset, which was first announced last January, works by projecting 3D holographic content onto the physical world, using elements of augmented and virtual reality to create what Microsoft calls “mixed reality”. It also interacts with the user by picking up their voice and hand gestures.

But this is “not a consumer product”, according to Microsoft’s director of new devices, Leila Martine. Retailing at over £2000, HoloLens is aimed much more at a commercial market compared to some of its rivals, such as Google’s new Daydream headset, Google cardboard and Facebook’s Oculus Rift.

Last December Microsoft announced a new collaboration between HoloLens and design software Autodesk Fusion 360, suggesting that designers could be one of its key users.

And HoloLens is already being used by design-led organisations such as Volvo, architecture firm Trimble, and US-based home retailer Lowe’s, which is using it to help customers with big purchasing decisions such as kitchen refits.

For example, in several of its stores it is using HoloLens to project holograms of different kitchen options from its own catalogue onto the customer’s existing kitchen.

But the holographic technology has also been used by a broad range of other collaborators, ranging from Nasa to Case Western Reserve University in Cleveland, Ohio.

The university is using the headset during classes with medical students, as a more hands on way for them to learn about the human anatomy.

As the headset projects a hologram of the human body onto the room you are in, you are able to walk around it in order to see different body parts from various angles.

It can also zoom in on body parts like an aortic valve working within a heart, which isn’t even possible to view with other teaching methods, such as using an actual heart.

Stepping “inside” the body itself allows you to see more, offering a glimpse of the cardiovascular system running through the entire body.

And by gesturing with your hand to select different parts of the body, different boxes pop up to provide more information.

“Being able to see the whole anatomy changes everything about the way you can learn,” says Martine. “With Case Western, HoloLens is going to become a part of their core curriculum.”

HoloLens will start shipping to the UK from late November, and will retail from £2,719. A more advanced commercial suite version will retail at £4,529. 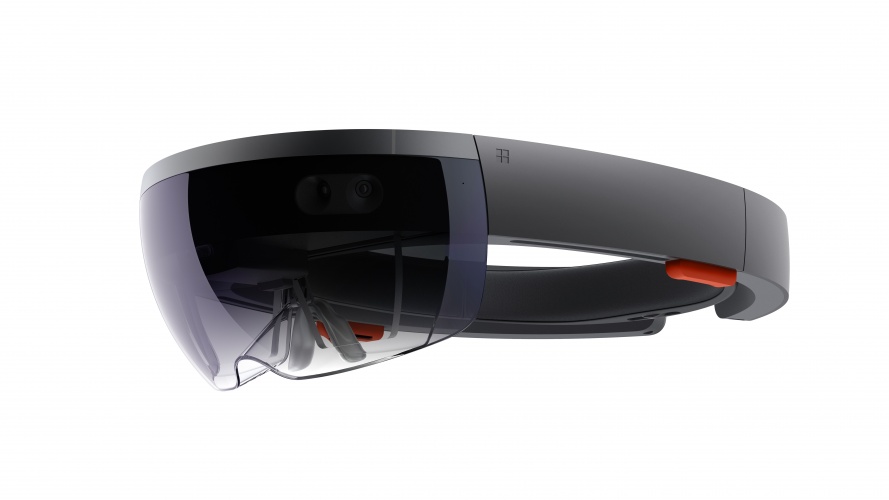 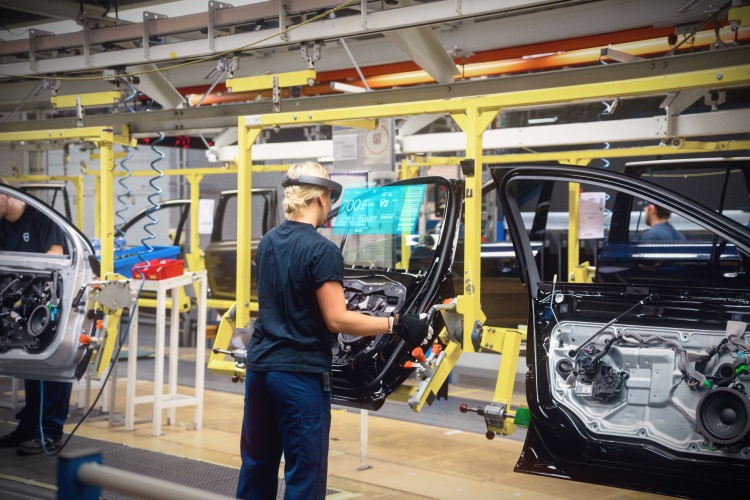 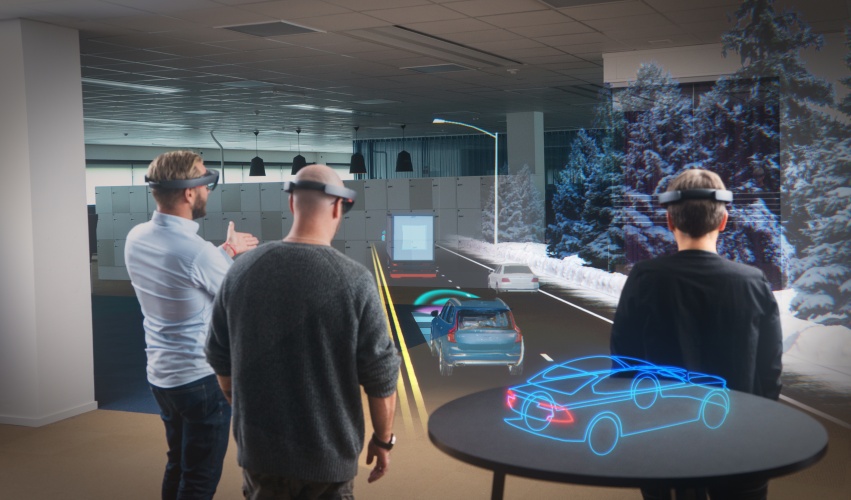 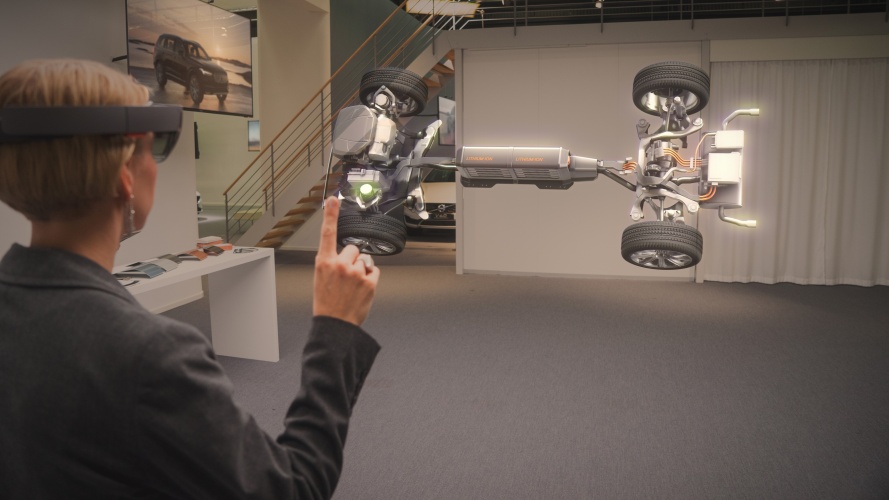 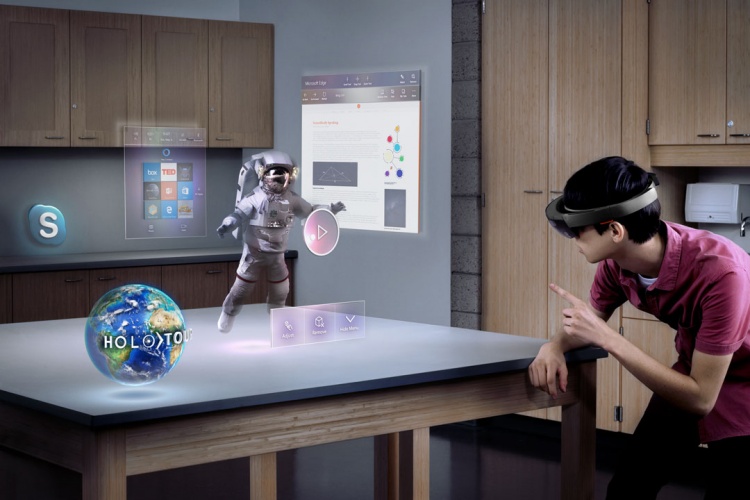 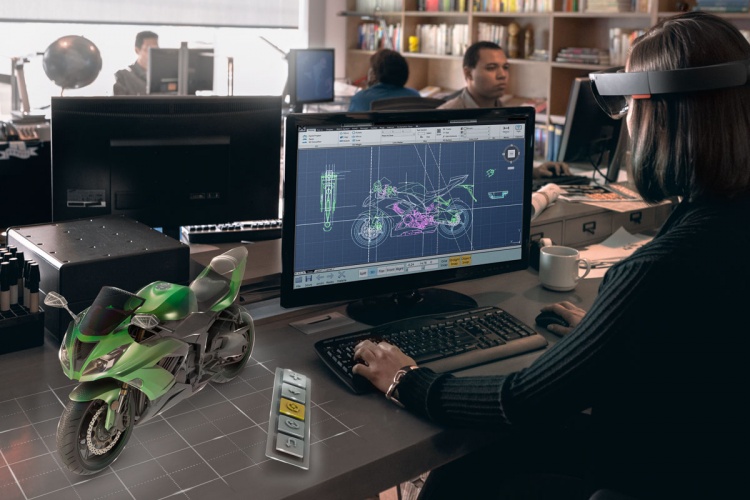