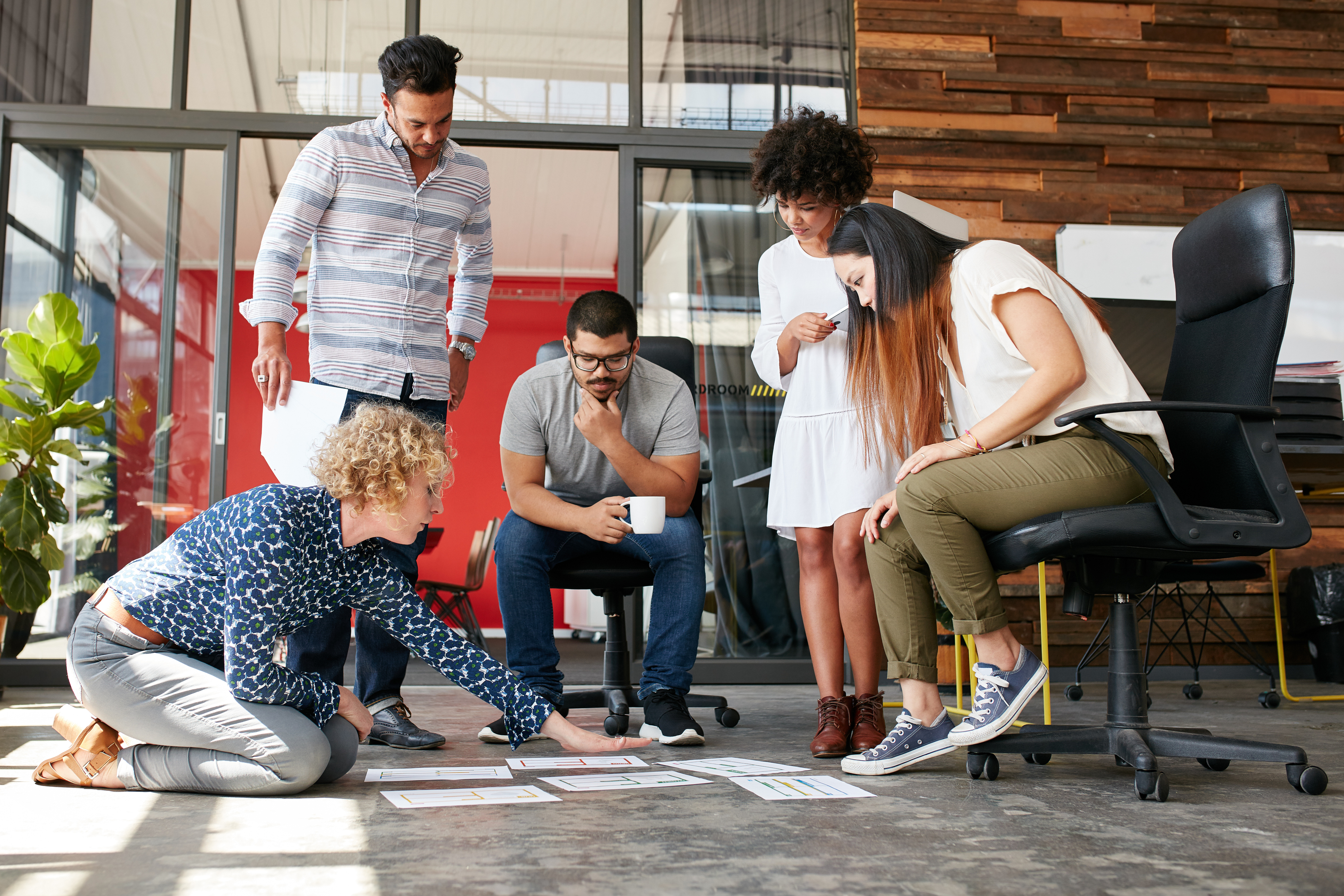 Becky King of Dragon Rouge, and Stu Tallis and Karl Wills of Taxi Studio share their formative experiences of becoming creative directors by talking about what they found hard, suprising and helpful.

Making it as a creative director

Being appointed creative director can be a goal that many senior designers set for themselves. What changes await the senior designer with this ambition? What helps them manage the transition? And what can they do in the run up to give themselves the best opportunity to be successful?

There is no step, only steps

When you find yourself in different places talking about different things you need to treat this as a period of adjustment. King describes her experience as “learning to understand the importance of ‘money talk’ and becoming comfortable with what sounds and feels like a different language.” For Tallis, this change was about more presentations to larger groups. He says this is “daunting when you hadn’t done much of this in your role before” and describes his acclimatisation as “getting used to being the spearhead.”

There can be a real shift from being task orientated and thinking ‘How do I approach this piece of work?’ to being more personally orientated and thinking ‘How do I affect the team around me?’. Wills describes his personal break through as “a switch being flipped”. He moved from “being the first to speak, give a point of view, take charge and getting noticed to doing the opposite, bringing others through, raising their profile,” he says. For Tallis, it was about “stepping outside of ‘this is what I think’, to bringing the team with me and helping to steer their ideas.” King says the step up gave her an increased level of choice. “You’re not waiting for approval. As a designer you are asking yourself, ‘Is the client happy? am I happy?’ As a creative director, bigger questions become apparent. You are given a licence to change things,” she thinks.

Not the end but the beginning

Reaching a career ambition is the start of things. For King, “the job title was the encouragement. It says that someone trusts you and will give you space and support to become a success” For Tallis, “hearing ‘we think you can do this’ strengthened and amplified the fire in my gut. A positive steer from the founders of the business means a lot; people that you respect believing in you, helps you to believe in yourself”. Wills feels the leaders of the business “promote your own belief in yourself. They take a leap of faith and so do you, then you go for it.”

Not a solo expedition:

You are not expected to become a creative director on your own. In her first six months, King received coaching. “My coach helped me to step back, look at my experience and make sense of why should I not be successful? I started to believe and feel I could behave like a leader,” she says. A close relationship with senior leaders is important. Tallis cites a relationship based on “honesty, openness, praise and constructive criticism” and “an environment that included the chance to practise with room for mistakes” as key. For Wills a supportive network within the business was vital, with “regular monthly catch-ups with people above me, making space for questions and sharing”.

What to do in the run up

The general message is to seek opportunities and stretch yourself. Tallis advises to “take any opportunity to experience some of what you’ll meet before you get there. Take the opportunity to support leaders. Approach this with drive and enthusiasm. Stick your neck out to do more, give more and be more.” Wills believes “taking the lead early and going over the bumps will develop you. Find your voice and use it to get noticed. See as much of the inner workings of the business as you can.” King says what she found most helpful was consistently reminding herself of what she’s good at. “This helped me to step out, stretch myself and then step back and regroup,” she says.

For Tallis, “as a leader your mindset is not one where you add value by ‘doing’. Instead, you steer the ‘doing’ in the right direction.” He describes this as “a weird feeling because your outputs are less tangible, less physical.” This raises the question, ‘how do you know you’ve helped?’ Well, he adds, “Success criteria is different for a leader. But just what is it? Answering this takes some work.”

For King, a notable challenge was that of stepping back and coming to terms with sharing where before you might have done it yourself. She says, “It’s about thinking always more broadly about the context and not just how do I feel about something. You’re consciously always having to think of other people rather than just yourself.”

Wills’ quotes his most stubborn challenge as his own mind. “You’re asking yourself questions: Do I really want the responsibility? Am I prepared to give up what I love?” Arguably the biggest decision for a senior designer, is whether to leave their current work-life behind. Standing at this crossroads and working consciously to find their own answers to these questions can allow forward movement to happen. Tallis, Wills and King have embraced the journey and the challenges along the way. In stepping up, there is a genuine sense that they are enjoying being able to make a bigger contribution to the business and their colleagues.