The Design Museum has announced Anatomy of an AI System, a digital case study revealing the impact of the Amazon Echo, as the overall winner of the Beazley Designs of the Year 2019 competition.

The annual competition celebrates innovation across six sectors, including digital, graphic and product design. As well as the overall winner, individual category awards have also been revealed.

Anatomy of an AI System, nominated in the digital category, has been designed by AI and data researchers Kate Crawford and Vladan Joler.

It is an “anatomical” case study of the Amazon Echo, investigating the human labour cost, data collection and environmental impact of the voice assistant system.

Displayed as a graphic map, the project charts the life of Amazon’s device, from the manufacturing process through to its arrival in customers’ homes, signposting “issues” and “hazards” along the way.

For example, at the assembly stage, the case study draws attention to issues around low paid labour as well as illegal working hours. 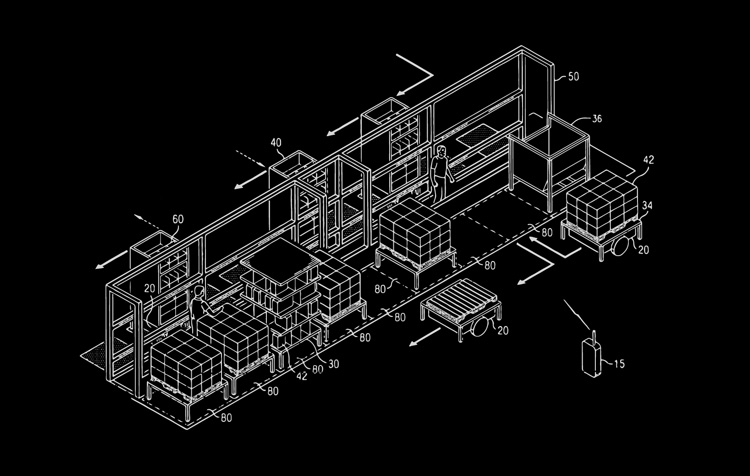 The map’s focus-point is the “Amazon Data Center”, which illustrates how the internet company harvests data about users’ voice and behaviour patterns.

This “quantification of human body, actions and behaviour” reveals how the device profiles individuals on issues ranging from school grades to social media use and medical testing.

The map also analyses what happens to abandoned devices, and how both informal and formal waste collection of unwanted devices contributes to e-waste.

The winning project in the product design category is Catch, a self-testing device that detects HIV from British designer Hans Ramzan.

The low-cost pocket-size device works by finger-pricking and allows users to self-test in the privacy of their own home. It aims to reduce stigma and encourage users to seek treatment.

Ramzan told Design Week that Catch was inspired by his aunt’s death from a “life-threatening illness” and wanting to find a way self-diagnose so that they can seek treatment earlier.

A collaboration from Japanese lifestyle shop Muji and Finnish automobile company Sensible 4 wins the transport category. Gacha is a self-driving bus that works in a variety of weather
conditions.

Aimed at serving older people who can no longer drive, the bus — which has no defined front or back — is being trialled in three cities in Finland, with plans for the expanded roll-out in 2020.

The signage combines letterforms, numerals and pictograms that refers to the environment; rivers, mountains, parks and the city.

Pentagram also created a bespoke typeface for the project, Latin, in an attempt to create a consistency across three languages — English, Chinese and Korean — which have different letterforms.

A school library in Mumbai, which has a curved roof that children can walk over, won the architecture prize. In the fashion category, a collection of Adidas streetwear inspired by Korean clothing from designer Ji Won Choi, took first prize.