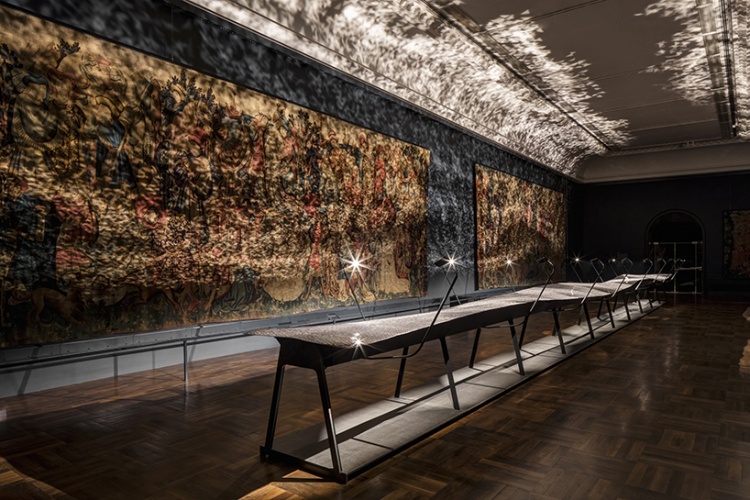 What: This moving ribbon made up of 50,000 individual metal panels illuminates the Tapestry galleries within the museum. The installation is a collaboration with haircare brand Braun, and is meant to emulate the head of one of the company’s electric shavers. LED lights are incorporated into the display, shone directly onto the rotating metal panels at the centre of the room, creating a reflective projection display on the walls, while an ethereal soundscape accompanies the visuals to add to the atmosphere.

What: A precursor to the yet-to-open V&A Museum of Design in Dundee, Scotland, this exhibition showcases the work of ten Scottish, or Scotland-based, product designers. Products on show include everything from jewellery and accessories to sustainable clothing and furniture, from the likes of Beth Lamont, Instrmnt, Angus Ross, Scott Jarvie, and Tom Pigeon. The Dundee-based V&A opens in 2018, and Philip Long, the museum’s director, is hoping its presence at LDF will help to “raise these designers’ profiles internationally”. 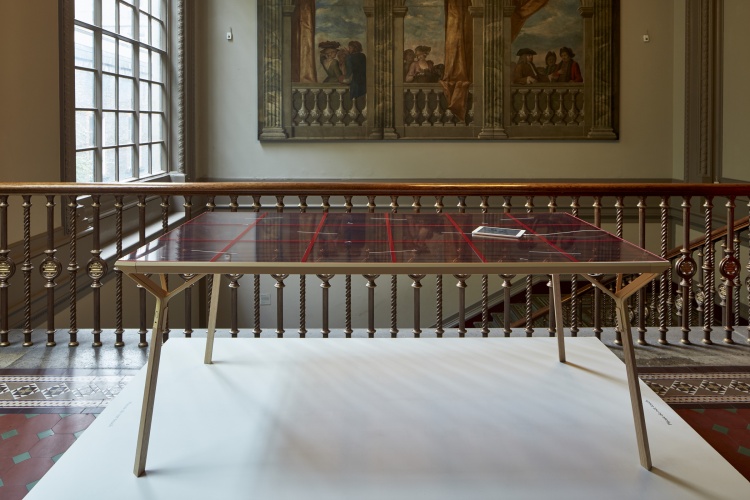 What: We wrote about the Current Table back in January, and now visitors at the V&A can see it in action. Designed by studio Caventou, the table has solar cells integrated within its glass surface, which generate energy from natural sunlight. The table can also work under diffused light, and so can generate energy indoors. The table is part of a wider project from Caventou, says founder Marjan van Aubel, to create an entire solar house where people can be “energy independent”. 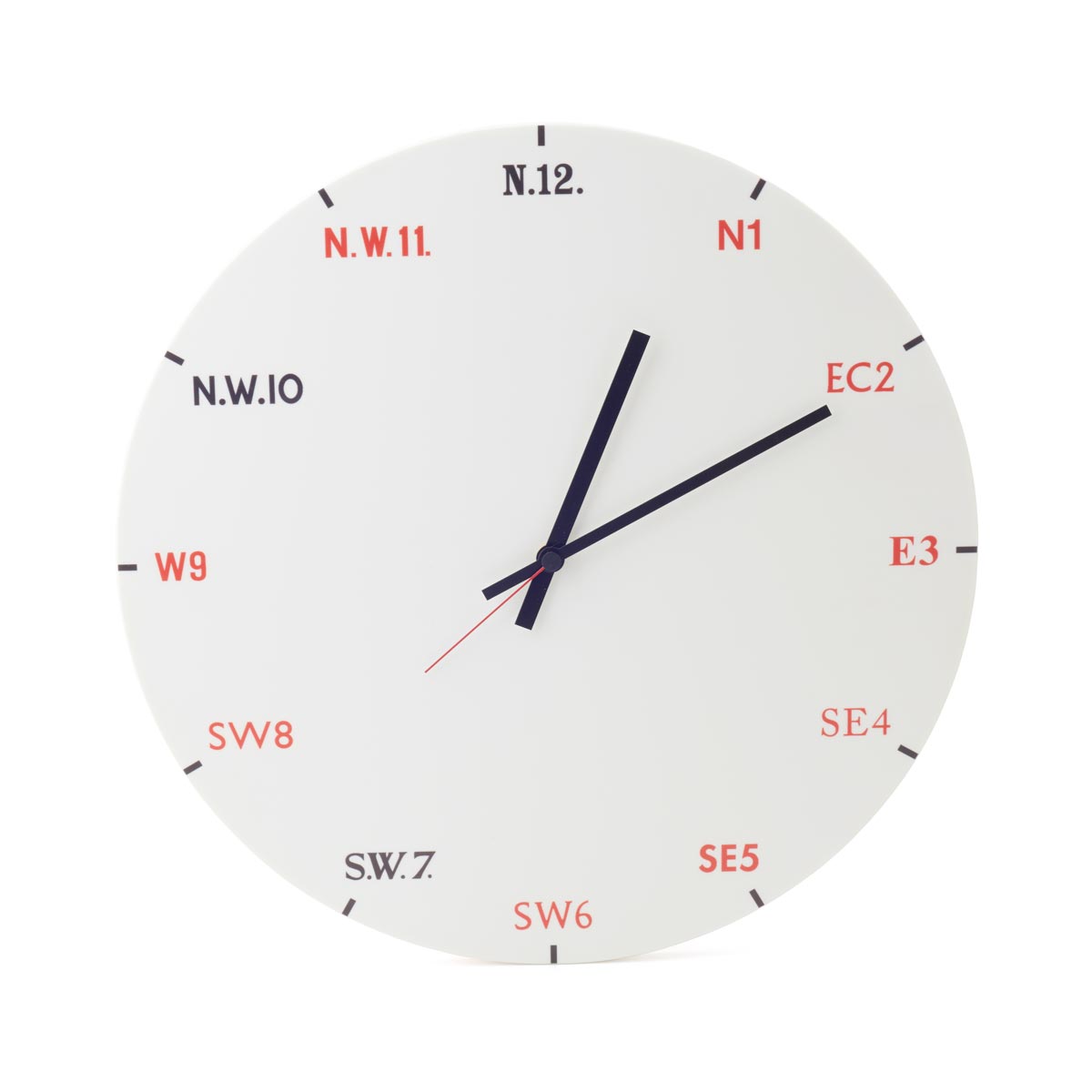 What: Head to the V&A shop to find an array of alternative London souvenirs to rival the likes of union jack teddy bears and red telephone box magnets. London-based designers involved in the project include Eva Kellenberger and Sebastian White, who have created The London Type Magnet Set, a collection of multi-coloured magnetic shapes which can be used to reconstruct London landmarks, and Pentagram partner Domenic Lippa, who has created beermats featuring cockney rhyming slang, and a wall clock which marks the time with London postcodes.

Exhibition: You Say You Want a Revolution: Records & Rebels 1966-70

What: Opening in time for LDF, the V&A’s new major exhibition travels back in time to the 1960s, and explores the music, fashion, film, design and politics of the era. Visitors will not only be blasted by a soundtrack of The Who and Jimi Hendrix, but will also explore underground magazines and prints, rare tech and product design, pieces of musicians’ shattered instruments, and multiple costumes and suits worn by the likes of Mick Jagger, John Lennon and George Harrison.

What: This installation from a Turkish architectural practice is an immersive look at how design can bring a novel to life, and provides an intriguing alternative way to represent the written word. The piece recreates Turkish classic novel, Madonna in a Fur Coat by Sabahattin Ali, through the form of a 13-metre-long mirrored black box, with cracks down the middle allowing visitors to look in. Parts of the book have been recreated using cinema, objects, light, sound and text, and the piece aims to be a “physical, multi-sensory realisation of the way the human mind imagines scenes from a book as they read,” says the founder of the architectural practice, Murat Tabanlioglu.

What: This installation is set within the idyllic location of the museum’s John Madejski garden, and is part of its engineering programme, which coincides with LDF. Engineers Achim Menges, Moritz Dörstelmann, Jan Knippers and Thomas Auer have created the installation, which is a palm tree-like canopy of woven carbon fibre cells created by a robot. The branches also contain sensors which pick up changing patterns of habitation in the garden. The pattern has been inspired by shells of the elytra flying beetle, and the installation is a striking fusion of artificiality and nature. 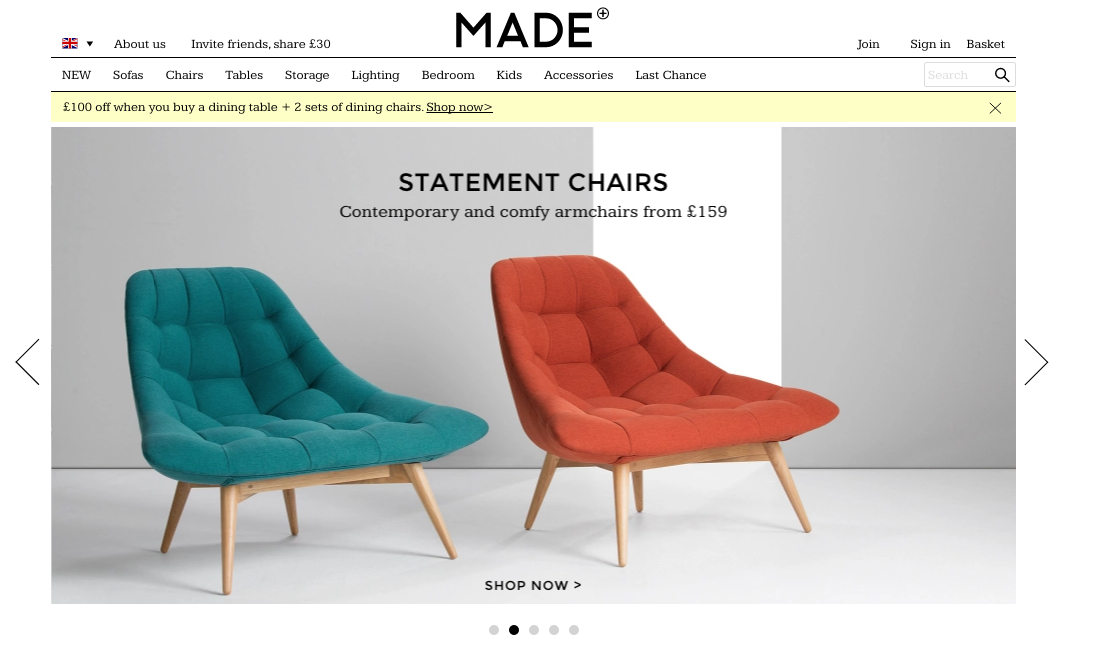 What: This talk will explore the rising population in urban areas, and how design is responding to the resulting shrinking space in cities. On the panel will be Ruth Wassermann, head of design at online furniture retailer made.com, and Suzanne Imre, editor-in-chief at consumer interiors magazine Living Etc. Tickets are priced at £10 each. For more information, head here.

The V&A museum is based at Cromwell Road, London SW7 2RL.