An educational app has been launched which aims to teach young people about black narratives by creating Augmented Reality (AR) statues of black figures and plaques honouring them.

History Bites has been initiated by UK charity Black Learning Achievement and Mental Health (BLAM) as a way to “teach young people about the individuals who fought for the freedom of black people”, the charity says. 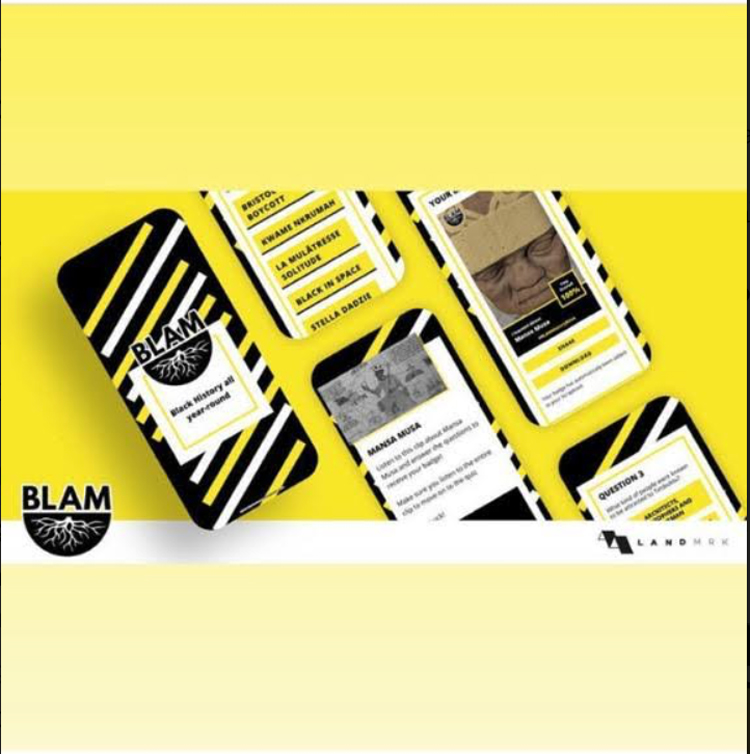 Early in lockdown, BLAM UK launched a free online learning platform for people aged 6-16. London-based studio Landmrk then reached out to develop a web-based app that uses AR to enhance the experience.

BLAM UK founder Ife Thompson tells Design Week that the app is an attempt to make “black narratives more attainable to all”. You can access the app here.

From the Bristol bus boycott to NASA 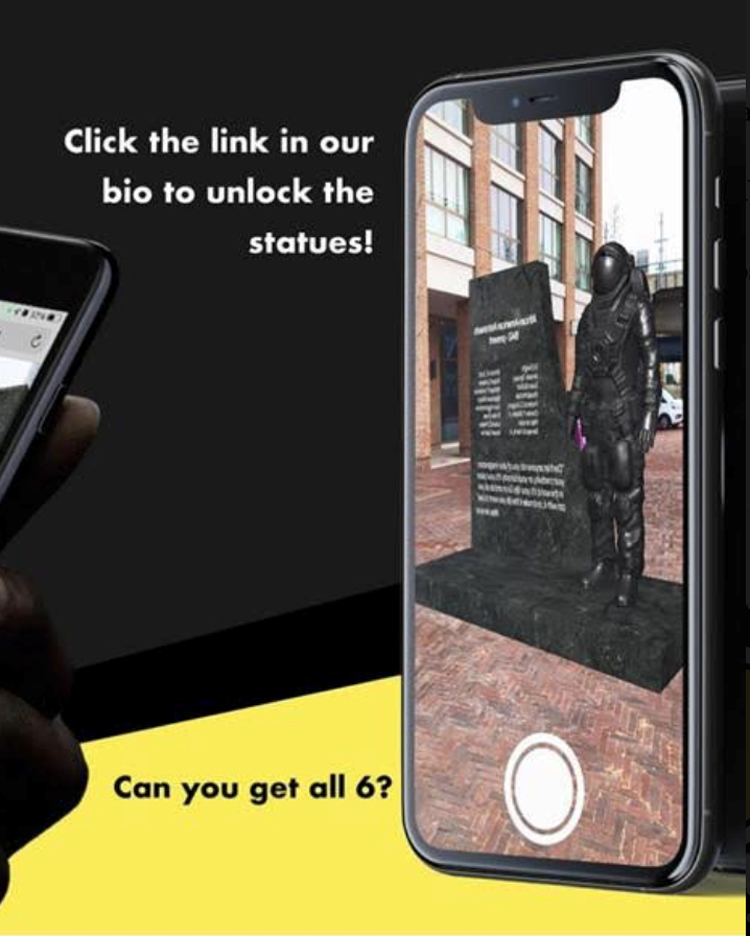 The app is web-based, available through scanning a QR code on your phone. There are currently six lesson areas, including the Bristol bus boycott and the contribution of black people to NASA’s space technology.

Each section has its own educational content (all created by BLAM) which includes lessons, podcasts and essays.

After the lesson, there is quiz with multiple choice questions. If you pass the quiz, you earn a badge and unlock one of the AR statues or plaques.

Using your phone’s camera, you can then place it into your surroundings, save the image and upload it to your ‘scrapbook’. It also logs it onto an interactive app so that you can see where other users have earned badges and unlocked statues.

“The omission of black people within this curriculum is harmful”

History Bites was born from the desire to address gaps in an “overly Eurocentric” curriculum, the charity says. It adds: “The omission of black people within this curriculum is harmful, as black children nowadays do not have a full understanding of their history, culture and impact on the world.”

In the UK, only up to 11% of GCSE students study modules that make reference to black people’s contribution to Britain. BLAM cites academic research that shows how teaching black children about their history is “an important part of preventing negative effects living in a world full of racist experiences and discrimination”.

It hopes that the app promotes a “positive identity development”. Different learning styles have been incorporated including visual, auditory and kinaesthetic, according to Ife Thompson. She says that BLAM’s previous work on youth projects helped the team work out the most stimulating experience.

Conversation about statues in the UK reached a fever-pitch this summer after the toppling of slave-trader Edward Colston in Bristol. It prompted conversations about many British statues that have links to the slave trade and colonialism.

Design Week also explored how the Black Lives Matter movement could affect the world of branding, as brands like Aunt Jemima and Uncle Ben’s moved to rid their identities of racial stereotypes.

“We do not have enough statues of black people in the UK,” Thompson tells Design Week. “We wanted to teach young people under-celebrated black heroes and sheroes and narratives who remain whitewashed from our history.”

“We also wanted to showcase real-life black statues of those who fought for the human rights and dignity of black people to be restored and forever championed,” she adds.

Some of the AR figures are based on real-life statues while others are plaques (reminscent of the blue plaques seen across the UK).

“We wanted to bring this homage closer to the UK”

History Bite’s stories aim to diversify teaching through a long sweep of history. One of the lessons focuses on Mansa Musa, a West African Islamic political figure who ruled over Mali in the Middle Ages.

More contemporary events are also covered, such as the Bristol bus boycott. The 1963 case against the Bristol Omnibus Company resulted in the overturning of the company’s discriminatory employment policy: previously black and Asian people were not permitted to work for the transport company.

Other figures include former president of Ghana Kwame Nkrumah who led West Africa’s Gold Coast to independence from Britain in the 1950s.

“Many of the people have statues of them in their respective countries,” Thompson says. “We wanted to bring this homage closer to the UK.”

Sunderland Future Living Expo identity is a “window into the future”