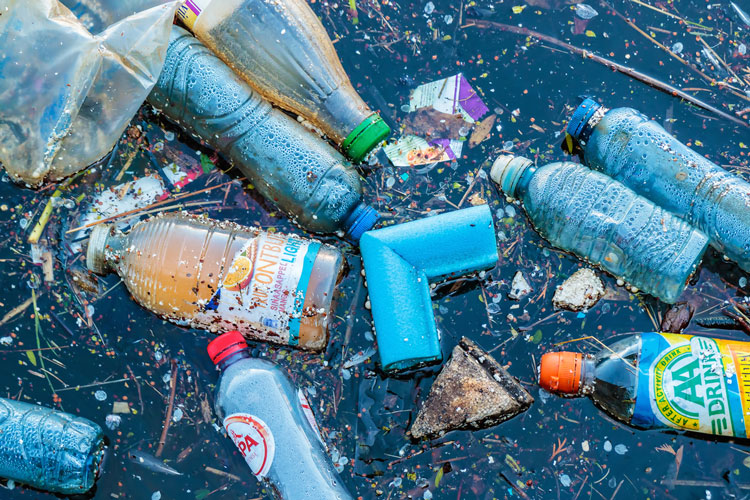 The New Plastics Economy Innovation Prize has announced the winners of a competition to rethink the design and materials of plastic packaging in order to reduce marine pollution.

The competition was launched in May by British recycling charity The Ellen MacArthur Foundation, alongside The Prince of Wales’ International Sustainability Unit.

The competition was launched to help tackle the problem that only 14% of plastic packaging in the world is currently recyclable, according to The Ellen MacArthur Foundation. It adds that if recycling does not improve, there could be more plastic than fish in the world’s oceans by 2050.

The foundation has now revealed the winners of the first part of the competition, which is sponsored by OpenIdeo and looks at how packaging for everyday, small-sized consumer products can be redesigned so that they are either reusable rather than disposable, or easier to recycle.

It is divided up into three categories – rethinking grocery shopping, redesigning sachets and reinventing coffee-to-go – with two winners chosen for each category.

The winners of the grocery shopping category include Czech Republic-based MIWA, which has designed an app that allows shoppers to order the exact quantities of groceries they need and have them delivered in reusable packaging, and Chilean social enterprise Algramo’s small, reusable containers that are used across 1,200 convenience stores in Chile.

The redesigning sachets category winners include Indonesian startup Evoware’s food wrappings and sachets made out of a seaweed-based material that can be dissolved and eaten, and a technology developed by UK company Delta that allows restaurants to make and serve sauces in edible, compostable sachets.

Finally, for the reinventing coffee-to-go category, UK-based company CupClub was named as one of the winners for its reusable cup subscription service, which allows cups to be dropped off at any participating cafés, restaurants and other stores.

The other winner is US-based TrioCup, which makes disposable paper cups using an origami-inspired technique that removes the need for a plastic lid. The cups are currently made from 100% compostable material, and the company is also working on an alternative that is 100% recyclable.

The six winners will share $1 million (£765,000) prize money, and in 2018 will join a 12-month accelerator programme that will offer access to industry advice, feedback and laboratories for testing and development.

Awarding the winners at the Our Ocean conference in Malta on Thursday, commissioner Vella says: “Bringing your fish home in a plastic bag one year and bringing that plastic bag home in a fish the next, is the reality. This award shows how innovation can inspire redesign, reduction of waste and reutilisation, something that is also central to the European Commission’s upcoming strategy on plastics.”

The winners of the second part of the competition, which looks at alternative compostable or recyclable materials that could be used in packaging, will be revealed later in 2017.

Illuminating India: the exhibition looking at 5,000 years of Indian innovation