This month, in celebration of African American History Month in the US, I am excited to introduce you to a dynamic and multi-disciplinary talent with experience of many cultures.

Her  background mirrors an extraordinary career that has encompassed several spheres within the creative world, including architecture, magazine design, education and art.

As she embarks on a new phase in her life, using all her experience and expertise to curate and launch exhibitions focused around African art, she has lost absolutely none of the passion and zest for life that has powered her journey to this point in time.

Introducing the indomitable spirit that is Atim Annette Oton. 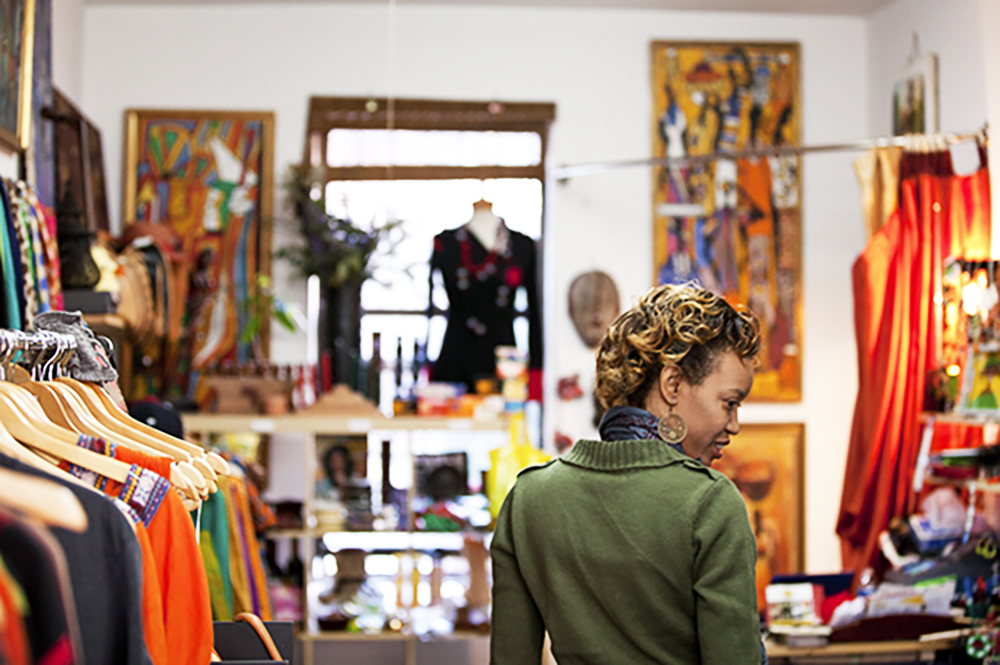 I was born in Nigeria of an American mother whose parents were originally from Trinidad and Jamaica and a Nigerian father. I am today a Nigerian-born American- and British-educated designer, curator and entrepreneur working globally.

At nine years old, I studied fine art as part of my elementary school education and met an architect in Nigeria and was curious. So in college I studied architecture in New York and did graduate school in London at the Architectural Association, returning to New York to work.

I left architecture, because it was limiting, to become the Associate Chair of Product Design at Parsons School of Design, before creating my own retail enterprise called Calabar Imports.

I have been lucky – in architecture, my mentor was the prolific black architect Max Bond, who I later worked for. He was the one who taught me the philosophy that “Architecture is Revolution”, which I adapted to “Design is Revolution” and “Business is Community”.

The challenge was mostly in leaving architecture and redefining myself as a designer with a retail business and, today, as an entrepreneur returning to curatorial projects and publishing about African art and design.

Creating balance in my life is one challenge I face. I am by nature a workaholic and after opening my third store, I finally decided to take one day a week off and just “veg”. Best thing for my soul. Today, I have two days off. 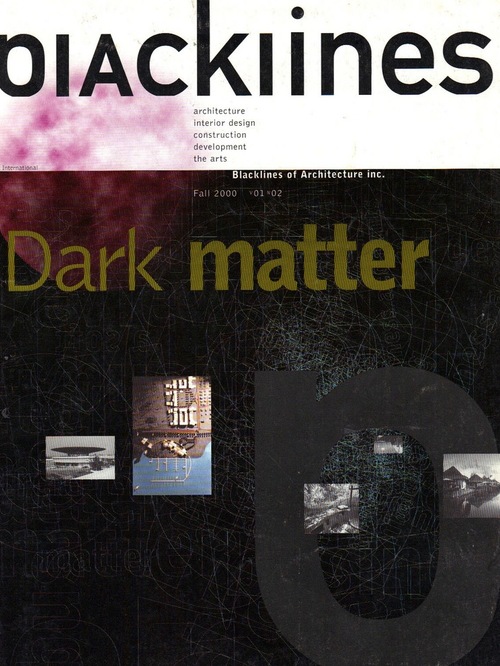 Who or what are your greatest inspirations and influences?

My parents – they lived life fully and made me think the world was mine as a black African child living in Nigeria and spending summers in Europe and the US.

They made me think globally and see the world as a place to work in no matter what continent – they gave me the vision to reinvent myself. They gave me art early and books to imagine and dream. They gave me spirit to shape my future.

My three big inspirations are people, places and things because they embody creativity, joy, openness and curiosity; the other two are my energy pills: travel and food. In people and places, the diversity, variety and sheer brilliance of people and places. In things, I would say – poetry, music and books.

One of the best pieces of work that I did was for the designing and spearheading the design team for African Burial Ground Interpretive Center in New York as a designer with three others – it was never built because the contractor folded and thus lost the contract.

The tangible other is the developing of my retail store from an idea to four stores in New York City.

What would be your dream project?

I am working on developing my dream projects for my fifth decade of life.

In each decade, I have had dream jobs and projects – in my 20s, working in some of the best firms in architecture and developing the magazine, Blacklines – a design magazine focused on black designers; in my 30s, working as the Associate Chair of Product Design for Parsons School of Design and creating Calabar Imports.

Now, in my 40s, it has been about expanding Calabar Imports and as I head to my 5th decade, I am looking at curating African Art exhibitions, working on Experience Africa and African Fashion 360. I have begun already with the Bronx:Africa exhibition just opening in February and as the curator for the AMREF Health African ARTBALL which will be honoring Wangechi Mutu in June.

Who in your field do you believe deserves credit or recognition?

Max Bond, African-American Architect now deceased: I met him when I went to see City College where he was the dean of the architecture school, we talked for an hour about Africa and architecture – I enrolled because of him.

He became my mentor and I became an activist designer because of him. He reinforced those roots my parents gave me to be a social changer.

Tony Whitfield, furniture designer and former chair of Product Design at Parsons: he hired me as Associate Chair, because he watched me create Blacklines Magazine and design the African Burial Ground Interpretive Center. He told me: “You know how to implement things and I need help doing that here at Parsons.”

I spent six years working with him and just recently I wrote: “I remember what you taught me so quietly and deeply. I am reminded of both the pleasure and the pain so when I walk through the fires today, I smile because I know how to walk tall.”

Three simple things: walk in truth, attack fear, and always risk. To do business, you must be true to yourself; fight fear and let it motivate you to succeed and take risk.

Today, with four stores, I am building them but I am also shifting my personal scope to curate African Art and to focus my work on Africa through two projects I am developing – African Fashion 360 and Experience Africa.

THE CARIBBEAN: THE NATIONAL GALLERY’S EXPLORATIONS IV: MASCULINITIES exhibition is part of an open-ended series of exhibitions that examine major themes and issues in Jamaica’s art and visual culture. Masculinities explores how masculinities, and the use of the plural is deliberate, have been enacted and represented in works of art from the 18th century to the present, which are presented in dialogue with each other. Masculinities will close on March 5.

EUROPE: JOHN AKOMFRAH Lisson gallery is proud to present John Akomfrah’s first exhibition with the gallery, showing new and recent works by this internationally acclaimed artist and filmmaker. Akomfrah’s work is characterised by a rich, multi-layered visual style that is as poetic as it is political and which frequently fuses contemporary issues with history, fiction and mythology. Collaging archival film footage, still photography and newsreel with new material, he investigates personal and collective memories, post-colonialism, temporality and aesthetics in works that frequently explore the experience of the African diaspora in Europe and the US. For his debut at Lisson, Akomfrah is presenting three new film installations, alongside a series of large scale photographs related to the works. Exhibition runs until 22 March 2016

AFRICA: D’ZAIR ART AND CRAFT A JOHANNESBURG, is an unprecedented exhibition of contemporary Algerian design. The title itself, demonstrates the many cultural and geographic influences on the project. D’Zair is local Arabic slang meaning Algeria, Art and Craft is English, and À Johannesburg is French. Runs until 3 April 2016 at the Museum of African Design, Johannesburg, South Africa.

THE US: GEORGE CLINTON EXHIBITION at Jackson State University’s Gallery 1. Not only an American singer, songwriter, bandleader, and music producer, but also a Visual Artist and Painter. As the principal architect of P-Funk, the mastermind of the bands Parliament and Funkadelic during the 1970s and early 1980s, he has been cited as one of the foremost innovators of funk music, along with James Brown and Sly Stone. Clinton was inducted into the Rock and Roll Hall of Fame in 1997 with fifteen other members of Parliament-Funkadelic. As a visual artist, Clinton’s paintings and sketches open the door to the weird and whimsical and entertain in a magical world heard so often in his music. The Smithsonian has recently recognized his contributions to the Arts and Music by making the P-Funk mothership which was seen in many of his concerts, a part of history as it will be exhibited in the Smithsonian. This exhibition will run until March 8, 2016.