A crowdfunder launched to bring back the Humanscale guidelines 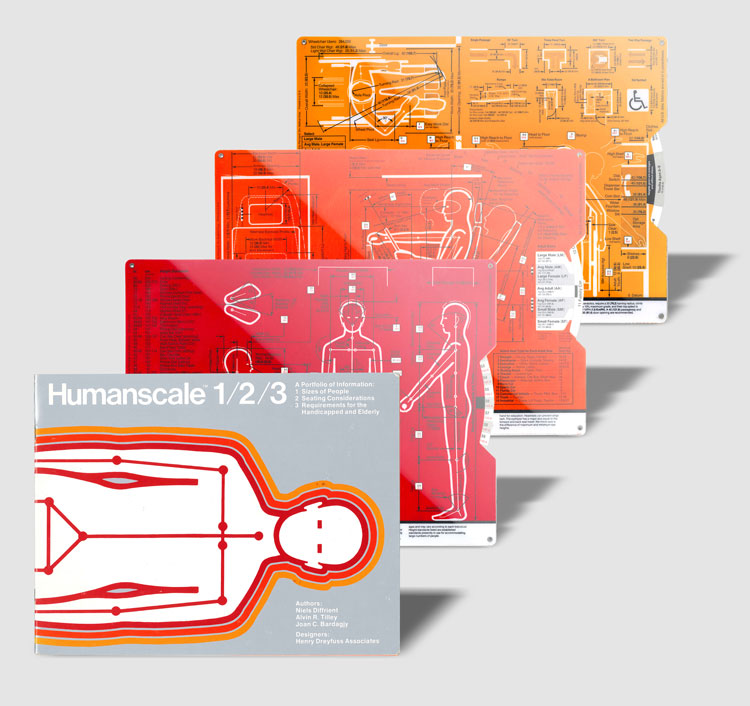 The Humanscale guidelines are a series of print materials originally conceived in the 1970s to help designers create objects to scale. From furniture to cars, the guidelines enabled designers to create products suited to people of different body shapes and heights.

The manuals have since gone out of print, and this week, a Kickstarter was launched to bring it back into production and into the hands of today’s designers.

We spoke to the team behind the crowdfunding campaign, who told us about how the guidelines’ original creators, Henry Dreyfuss Associates, the art of visualising measurement data, and why design should be “human-centred”.

The crowdfunding campaign to reissue the Humanscale manuals runs until 24 August. Read our interview in full here.

French-born and London-based graphic artist Camille Walala is known for her vibrant, geometric patterns, which adorn streets and building facades in cities around the world. If you live in London, you’ve likely seen her work printed on zebra crossings in Brixton and buildings in Shoreditch.

As well as providing light relief, her work goes a long way in brightening up public spaces and making them happier places to be – much like her contemporary Morag Myerscough, who Walala cites as an inspiration for her work.

Her latest piece, based at London’s Now Gallery in Greenwich, is an interactive maze, which invites visitors to explore colours, patterns and perspective, and engage in a game of spot-the-difference.

We visited the Camilla X Play installation this week, and spoke to the artist about the power of play, the need to add frivolity to the mundanity of every day working life, and her vibrant, graphic style.

The industry spoke out against the Government’s GCSE plans

The English Baccalaureate (EBacc) qualification was first introduced in 2010, as a new GCSE qualification that would make it compulsory for students to take English, maths, science (as a double or triple GCSE), a humanity such as geography or history, and a language.

The qualification has since been rolled out more widely, and the Government has now pledged that 90% of state-run school students will take the EBacc by 2025.

This week, the Creative Industries Federation spoke out against the decision, saying that it left little room for creative subjects, as it allows only two or three optional subjects for GCSE students.

“Government is continuing to pursue a policy that is ill thought through and short-termist,” said John Kampfner, CEO at the Creative Industries Federation. “The Department for Education has [continued] to sideline creative education in favour of academic subjects.”

The Government says that there is “no evidence” to suggest the number of GCSE students taking design and technology has decreased as a result of the EBacc, adding that numbers “have been falling since 2008/9” anyway.

It also says that the EBacc aims to provide “the right foundation for the vast majority of pupils”. 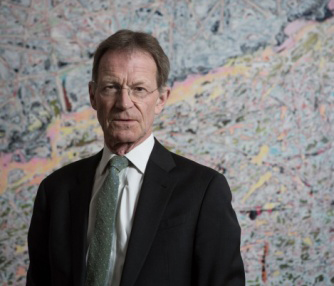 The Creative Practitioners’ Fund has been announced in light of Brexit, and aims to encourage cross-Europe relationships after the UK leaves the European Union (EU).

“We’re leaving the EU but not Europe,” said Serota, who is also ex-director of the Tate. “We should talk about the value of international work and ensure that such exchange continues and flourishes.”

The fund is in its early stages, and its value is yet to be revealed, but Serota has confirmed it will be open to a broad range of creative practitioners. It will invest in individuals’ projects, and also offer financial support for research and development. Further details will be announced on the Arts Council’s website later this year.

The design industry has previously expressed concerns about restrictions on trade and the free movement of people between the UK and EU following Brexit, which could impact on availability of creative talent and international work for UK design consultancies. 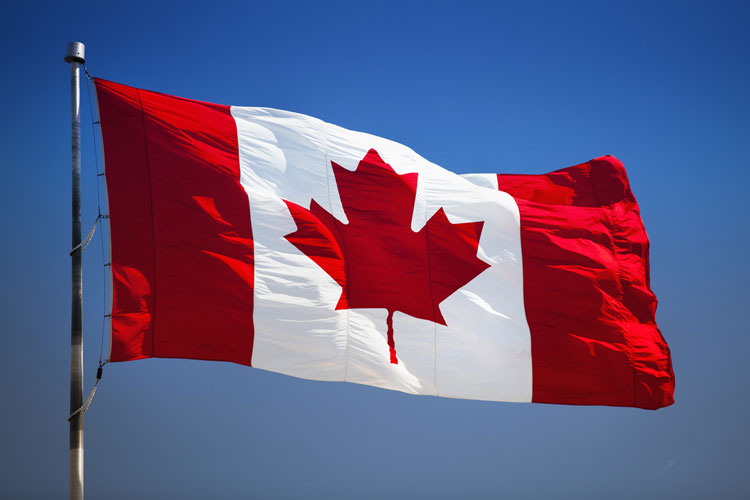 The Canadian Government unveiled a new centralised website this week, that it helps will enable it to “modernise” its offering by making online services “easy to access and use” for the general public.

The Canadian Digital Service (CDS) sits at digital.canada.ca and pulls the Government’s services under one website, joining together existing offerings such as Finance Canada and Justice Canada.

Canada’s move to a single website is part of the trend for governments and public sector industries worldwide to embrace design and digital, and think more intently about the user experience.

It follows the roll out of the UK’s Government Digital Service (GDS); a similar website which launched in 2012 and has seen all of the UK Government’s services – previously scattered across 2,000 websites – brought under one hub.

The UK has also seen the public sector embrace digital more thoroughly, with the roll out of centralised contraceptive and social care services, as just two examples.