Degree has unveiled the “world’s first adaptive deodorant”, which has been designed for people with visual impairment and upper limb motor disabilities.

Degree Inclusive is a collaboration between New York-based Wunderman Thompson and product design studio Sour, which has offices in New York and Turkey. Degree is a Unilever brand and trades variously as Sure, Shield and Rexona.

The Wunderman Thompson design team has been planning a product like this for a few years, according to its head of inclusive design Christina Mallon. Sour was brought in to collaborate with disability consultants on the prototype.

“We believe that myself as a disabled person – and the other 22 million Americans with permanent disabilities affecting their arms and/or vision – should be able to take care of our grooming needs independently,” she says.

Degree Inclusive has a hooked design for one-handed usage as well as magnetic closures which aim to make it easier for people with limited grip. The above video features a voiceover intended for people with visual impairment.

It also has a braille label with instructions and an enhanced grip placement. The larger roll-on applicator is designed to reach more skin area per wipe, the design team explains.

It is the first product of its kind, according to Unilever. While one in five Brits has a disability (and a quarter of Americans), deodorant products often require people to twist caps, turn sticks or push down on an aerosol can.

This current product is being tested on a wider disability community. “Our goal is to gather feedback on the wide grip twist experience and identify the best direction,” Mallon says.

How the deodorant was designed 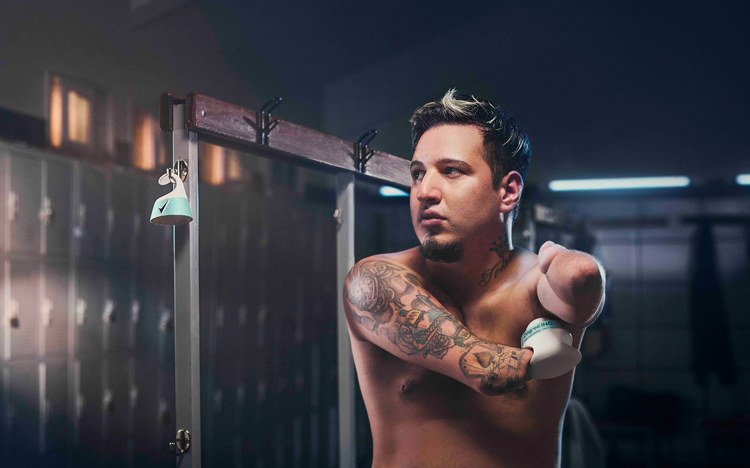 The product was co-designed with the disability community which allowed the design team to understand both the needs and challenges quickly, according to Mallon.

Once the team jumped into “solution mode”, the process was “super fast”, she says. “We had three rounds of revisions to get to a final design,” Mallon adds.

This stage took two months, she explains, and was aided by Sour’s in-house 3D printer. After it was completed, there were three prototypes. One of these was discarded as a designer who has no use in her arms was having difficulty with it.

Of the two remaining prototypes, the design team went with the “total redesign of the bottle” rather than a device which could be added to existing deodorants, Mallon says.

Additional testing showed that a larger rollerball was helpful for people to cover more surface area without further movement, according to Mallon. The deodorant is also refillable.

“So many of my friends with disabilities have messaged me asking where they can get one,” Mallon says. “A mum with a child that has one arm said she’s so excited that she’ll be able to provide a solution for her daughter when she starts to wear deodorant.” 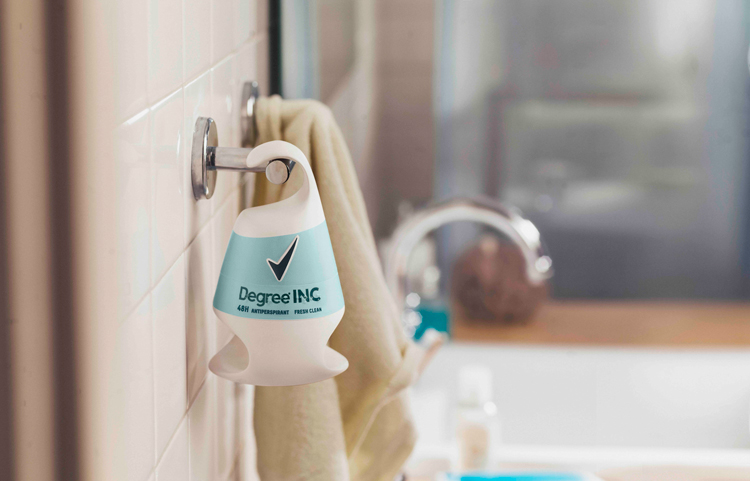 Co-design within the product industry has been gaining traction in recent years. Design Week has explored the importance of co-design with disability groups and a pregnancy test concept for people with visual impairment.

Mallon says that it will be possible to “see inclusive design in every field” as long as mindsets shift from “designing ‘for’ to designing ‘with’”.

She highlights other everyday items like lotions, sprays, make up and food which can also have “inaccessible packaging”. “We can rethink the designs of all these products with the disability community,” she says.

“The movement in consumer products can set an example for other fields,” Mallon adds, pointing to Sour’s work in public space, for example.

“The hope is to see many more design studios having inclusive design processes as common practice,” she says.