Britain’s oldest brewery Shepherd Neame has had its first rebrand in 18 years, completed by JDO.

Shepherd Neame was founded in 1698 in Faversham, Kent, and owns beer brands such as Spitfire, Whitstable Bay and Bishop’s Finger.

The new branding sees the colour palette reduced from red, blue, orange and white to just grey and gold, with the red background removed.

Shepherd Neame’s signature shepherd’s staff icon has been updated to include a hops leaf, while an arc has been incorporated over the top of the motif to present the landscape and countryside in Kent, says JDO creative director Ray Smith. Gold detailing has also been added into the logo to add an element of “traditional craft”.

“We’ve given the traditional crook a more natural, organic feel by lacing in the hop leaf detail,” says Smith. “Many beer companies now are stripping things back and keeping it simple, so we’ve attempted to add finesse and refer to craft and quality.”

The “craft” elements were complemented by design features to make the brand more contemporary, says Smith, such as wider spacing between letters, and a “more modern” hand-drawn typeface.

“We simplified the logo so that it could be sat on any image,” says Smith. “We wanted it to feel like it was very free and open.”

The inclusion of the hop leaf motif also references Kent as one of the first counties in the UK to grow hops, alongside Suffolk, Surrey and Sussex.

The rebrand project took roughly 18 months to complete. The new brand has begun rolling out across the Shepherd Neame pub and hotel estate nationwide, and also across product ranges, merchandise and internal brand communications. It will be rolled out on the website at a later date. 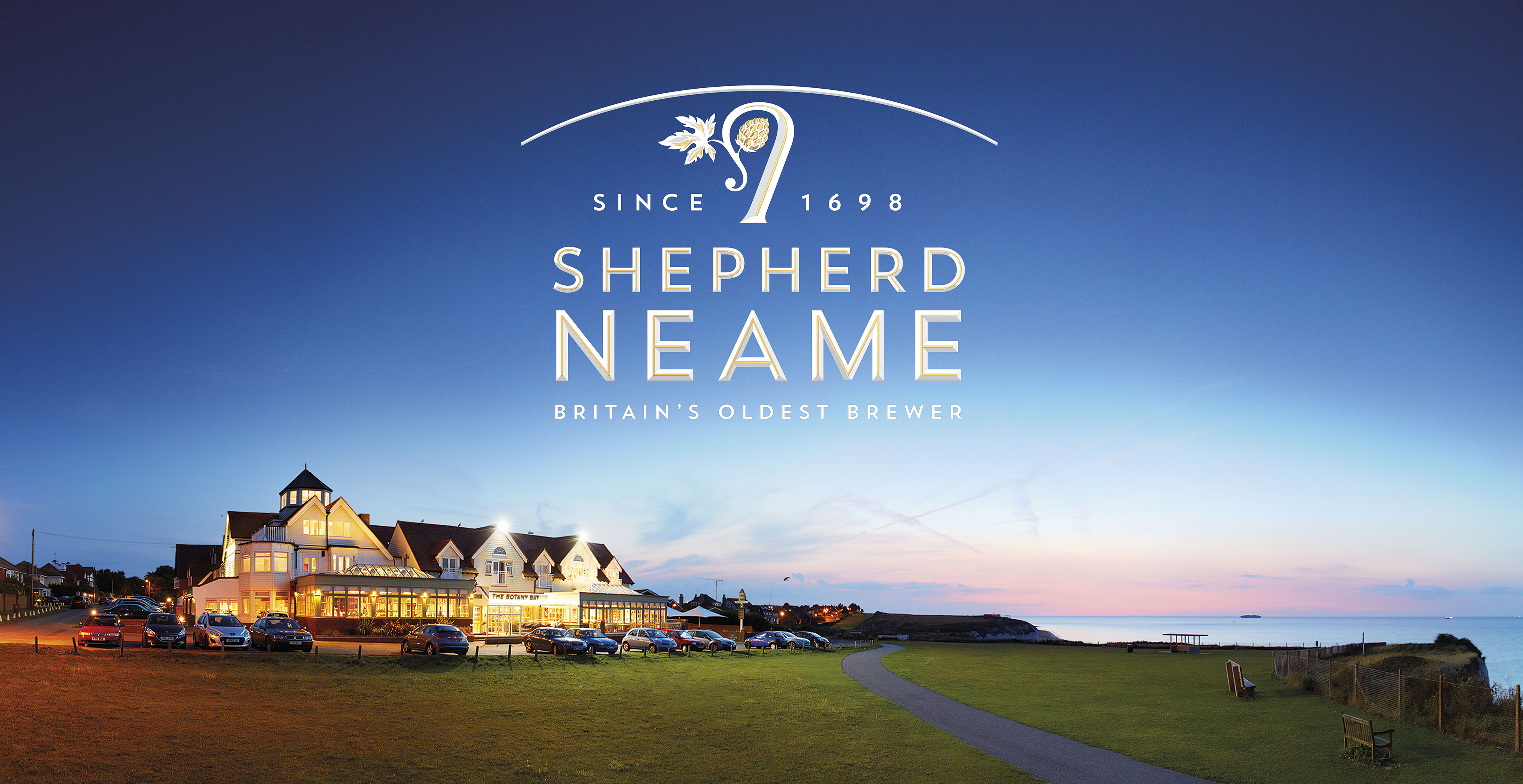 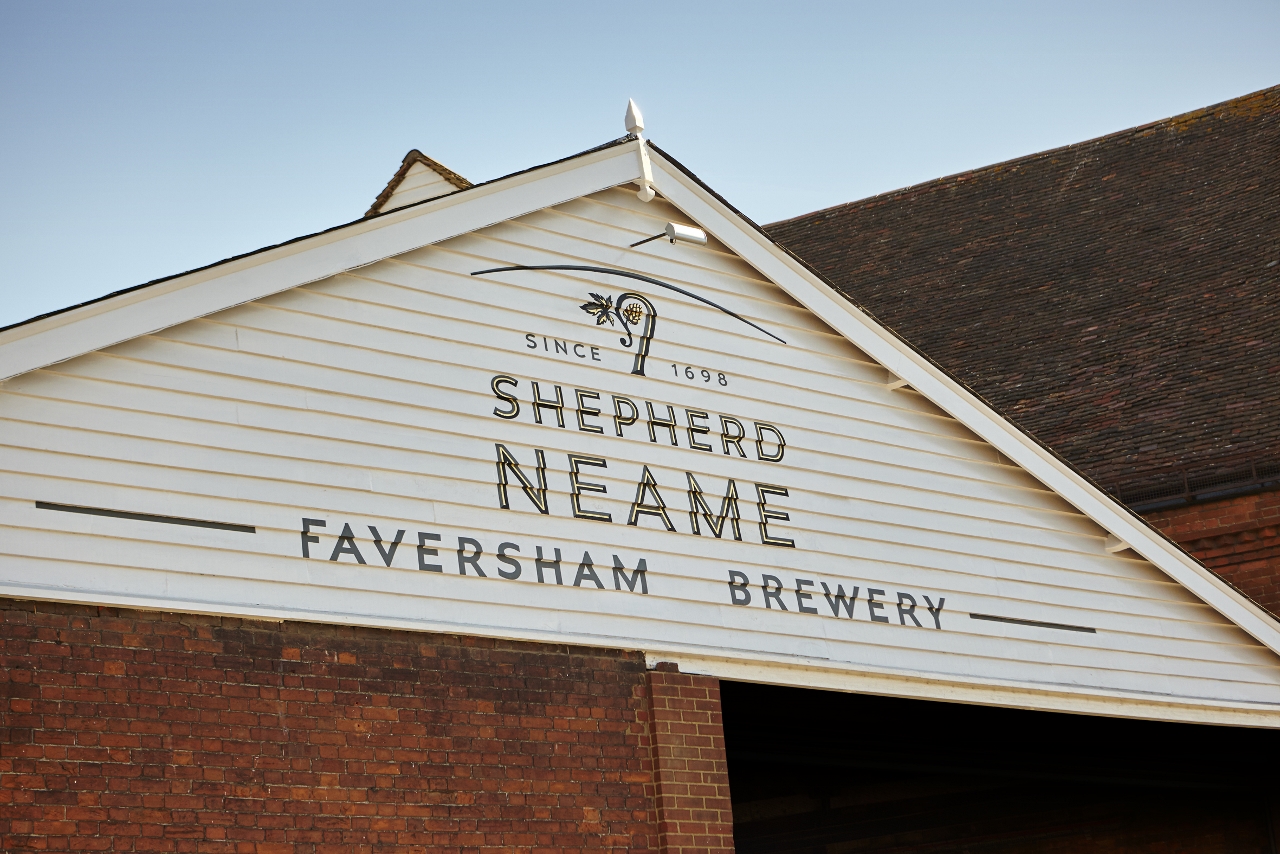 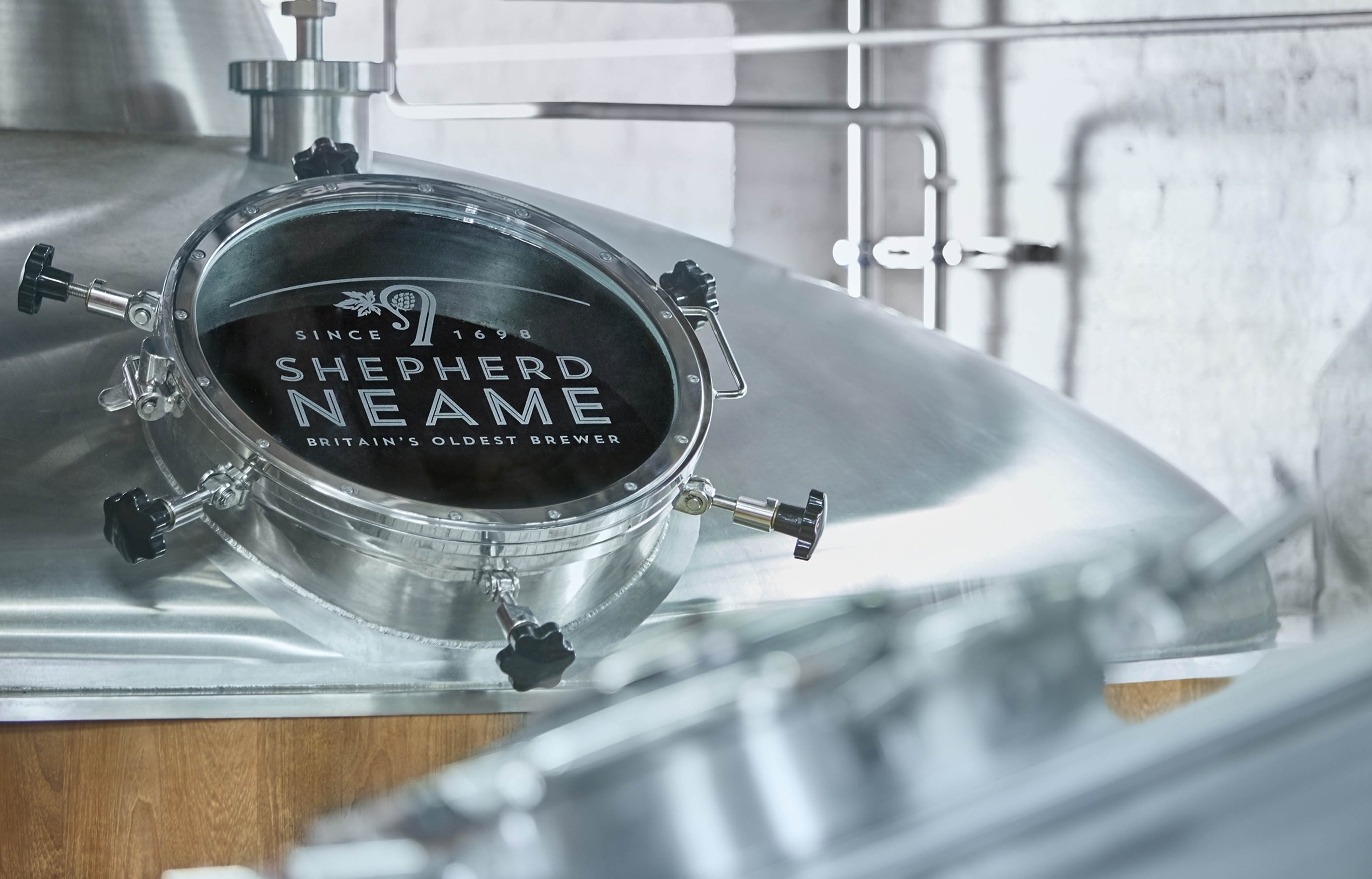