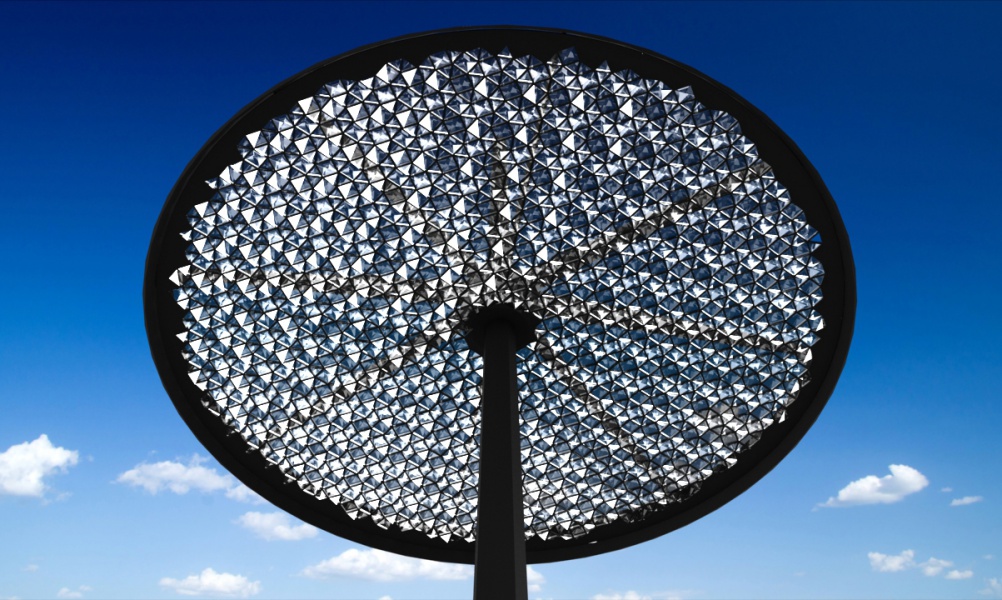 Industrial designer Samuel Wilkinson has created the Ommatidium – a 4.5m street light made of 1,500 glass crystal lenses, that will also act as a digital site-specific sculpture.

The Ommatidum is set to be installed in Old Street, London in September as part of the London Design Festival. It has been developed with “public perception research space” Lottolab and will use Ripple Inc’s Traces app.

Wilkinson worked on the project with Beau Lotto, who is director of Lotto Lab and chief executive of Ripple Inc.

The Traces app is designed as “the world’s first augmented messaging app”. It allows information to be tagged to a particular site and retrieved using a smartphone.

Its designers say: “Rather than sending a message to a person, Traces allows you to send it to a location, where it is left as a virtual water ‘droplet’ – catch the droplet and discover the message.”

The Ommatidium will act as a repository for information on Traces. People will be able to shelter under its canopy and receive information about nearby creative people and companies, TfL updates on building work and maps of the local area.

5,000 rainbows on the pavement

They will also be able to download historic photography and videos of the area, free music and vouchers for local bars and clubs.

To create the Ommatidium, Wilkinson says he has drawn inspiration from the “fragmented nature of the digital world, with its kaleidoscope of different perspectives.”

He has created a giant, multifaceted lens canopy that turns sunlight into 5,000 rainbows on the pavement. By night the Ommatidium will be lit with a series of LEDs.

“A horizontal window that refracts the sky”

Wilkinson describes the Ommatidium as “a large horizontal window that refracts the sky during the day and is illuminated at night”.

He adds: “The overhanging angled rim will frame the user’s view and create a strong contrast between the matte black patterned steelwork and the faceted hand-cut solid-crystal prisms.

“These are asymmetrical on both top and bottom so will create a kaleidoscopic view of the sky, and when the sun shines, thousands of rainbows will unexpectedly burst on to the floor below.”

Named after units in an insect’s eye

The Ommatidium name comes from the individual units that make up the compound eyes of many insects.

Wilkinson says: “This installation was never about designing a loud provocative object – it was more to create something that fitted with the vernacular of street furniture.

“The challenge was to create the right experience, an interesting intervention, something with multiple layers that could react to the environment. A place where people would be able to appreciate the physical experience at the same time as virtually checking out what’s going on locally.”

The Ommatidium will be installed for this year’s London Design Festival, which runs from 18-27 September. 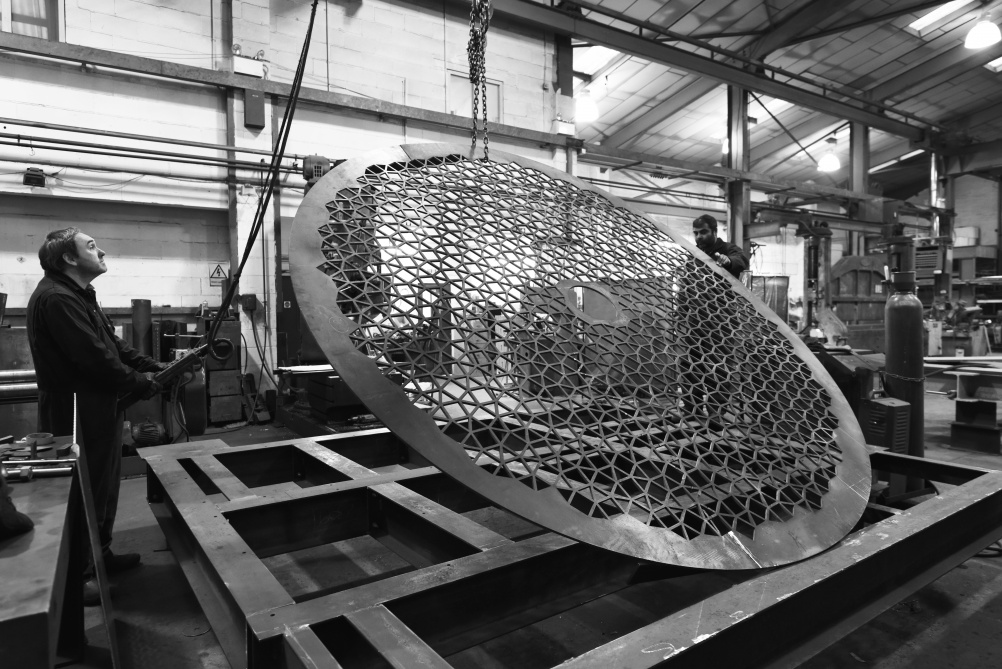 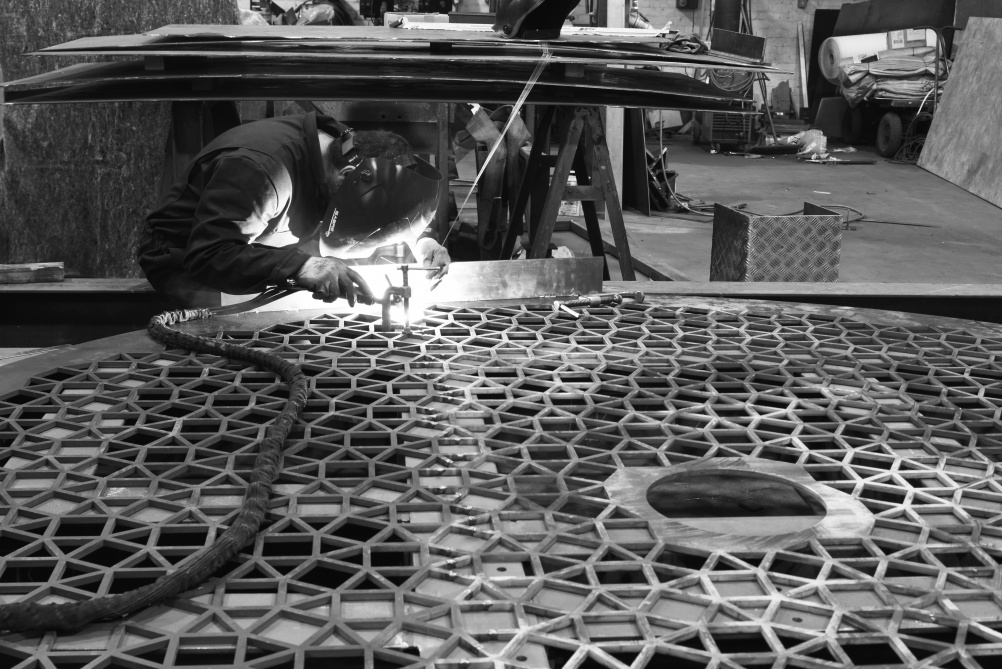 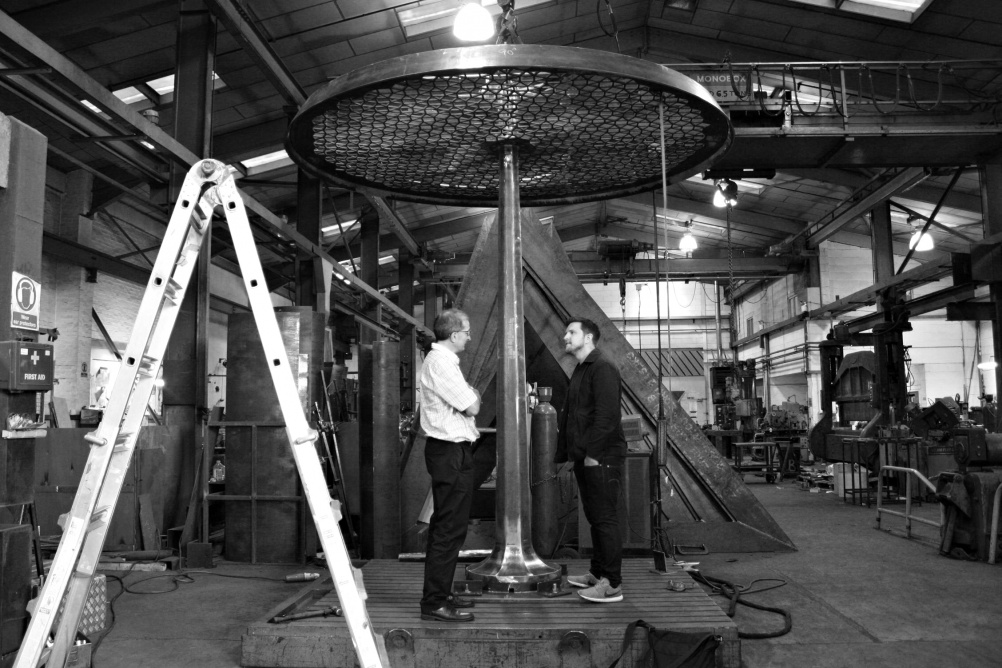 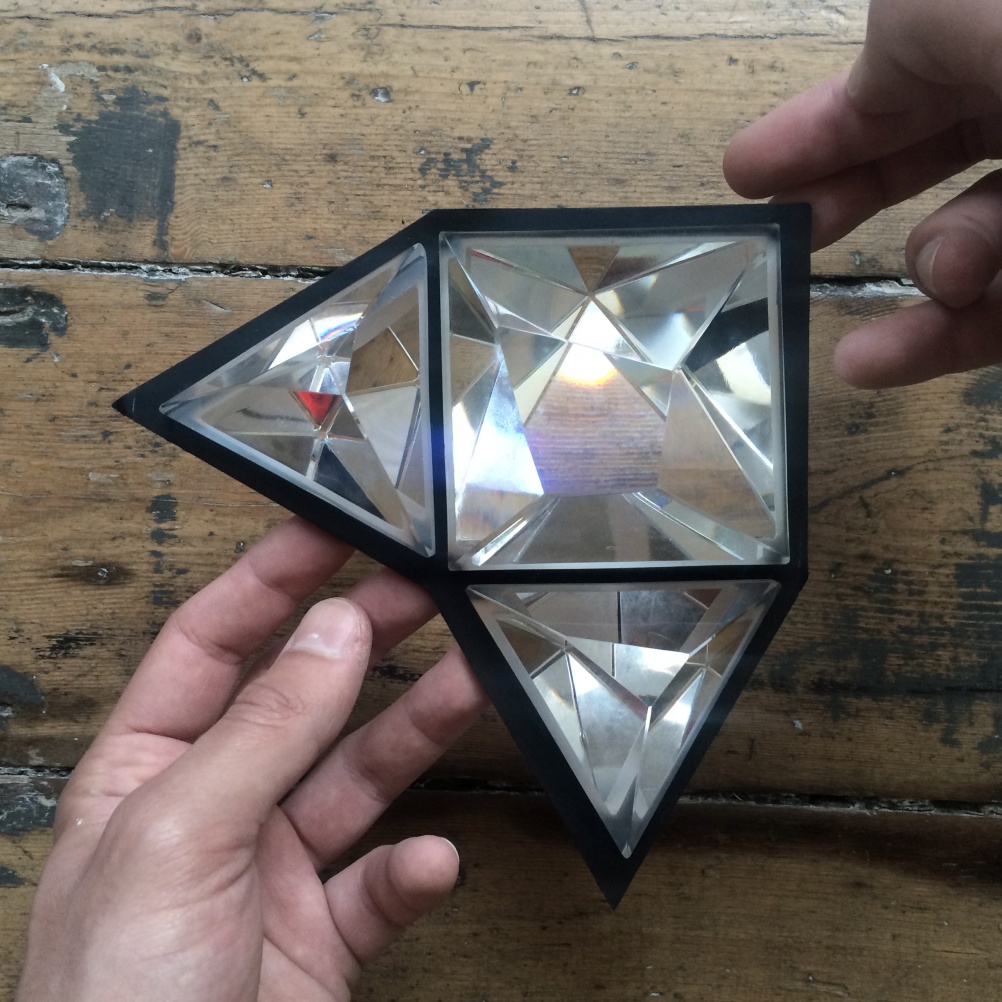 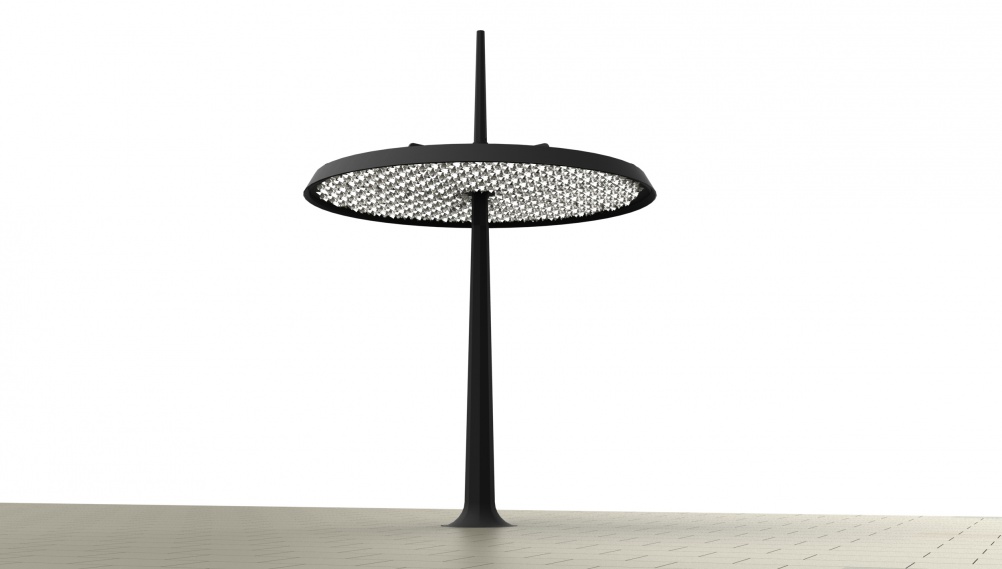 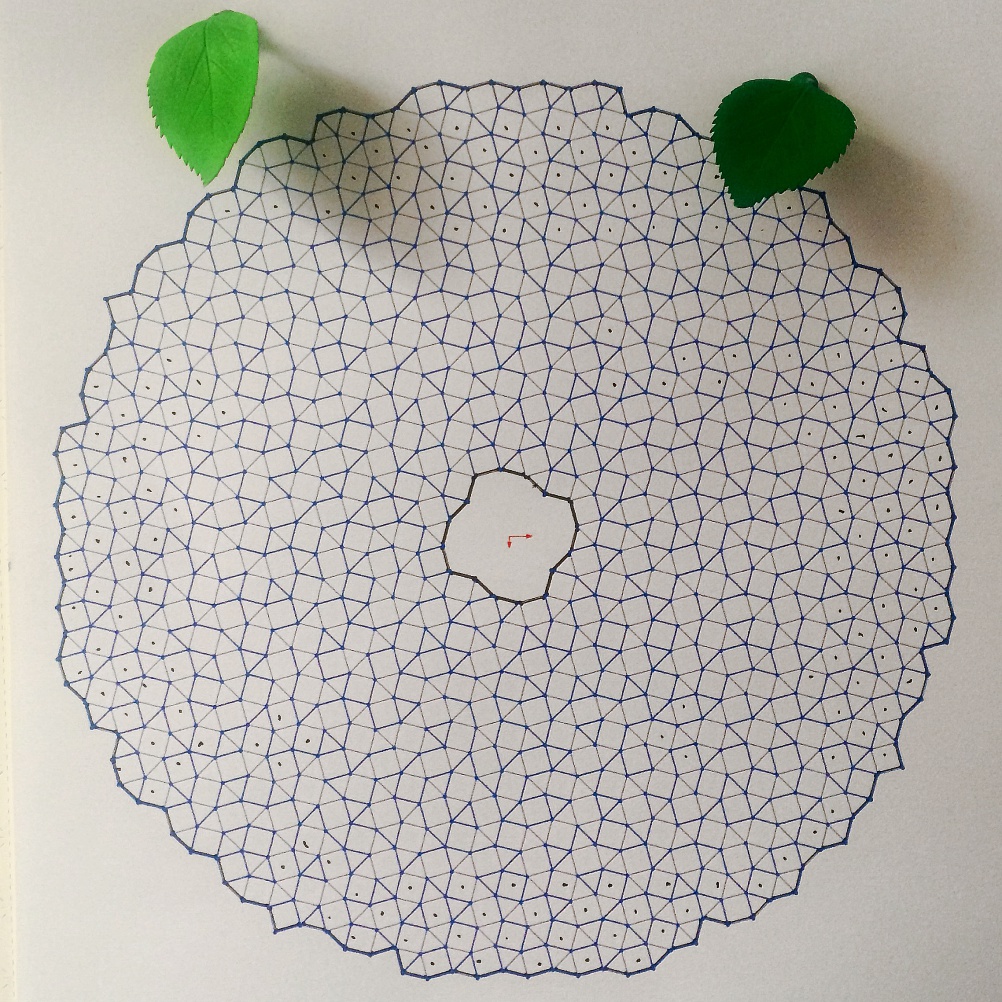 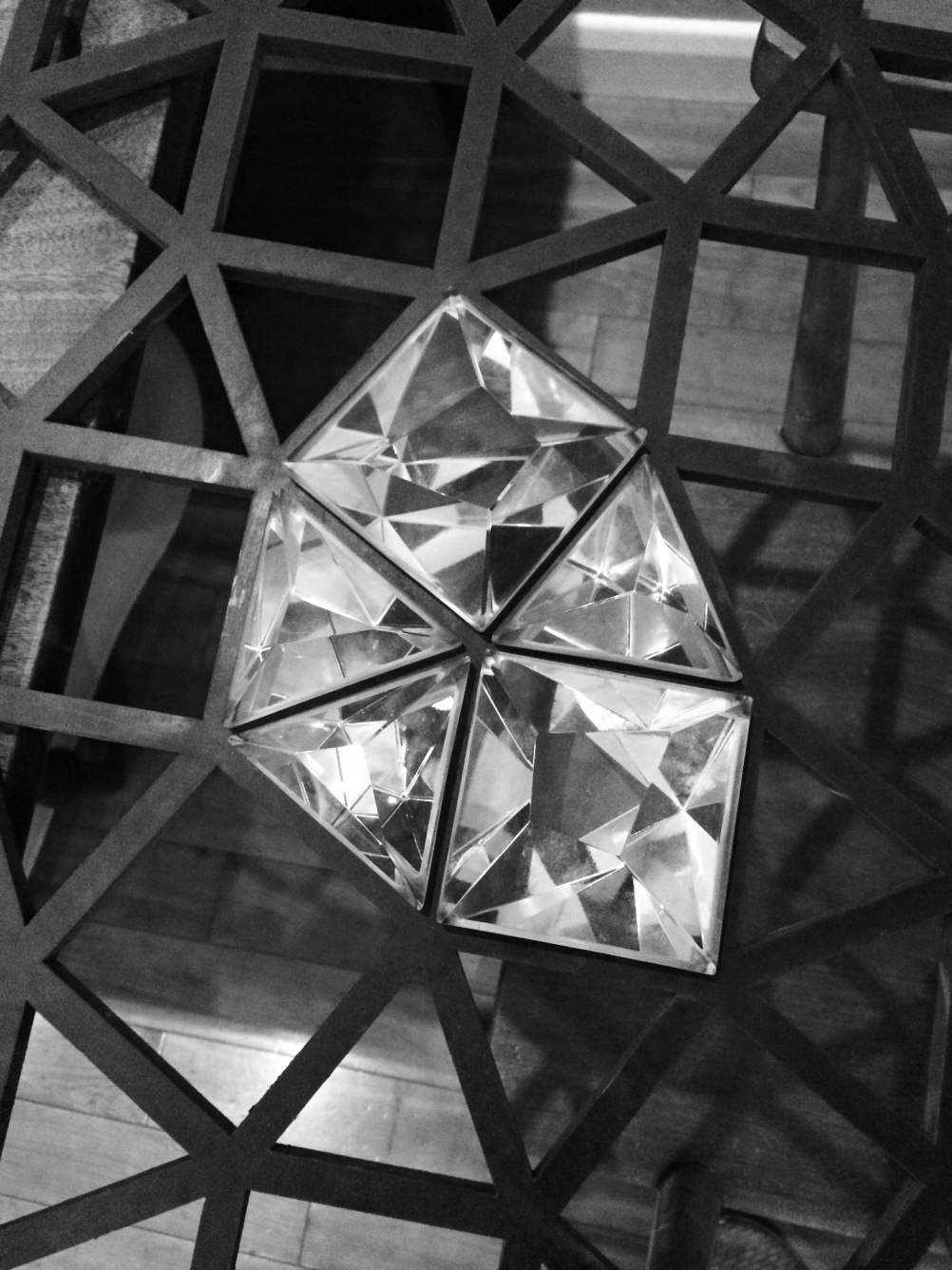 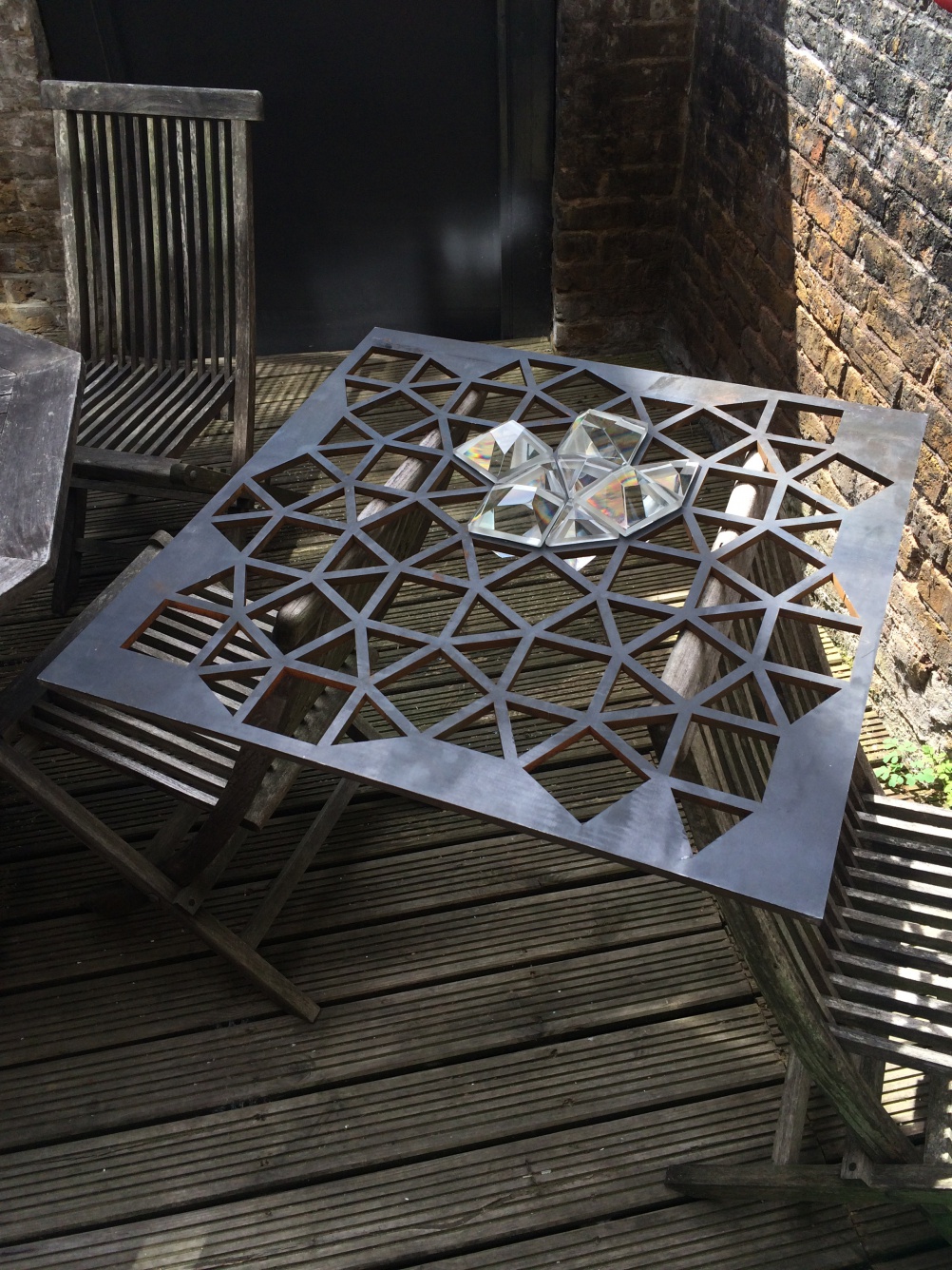 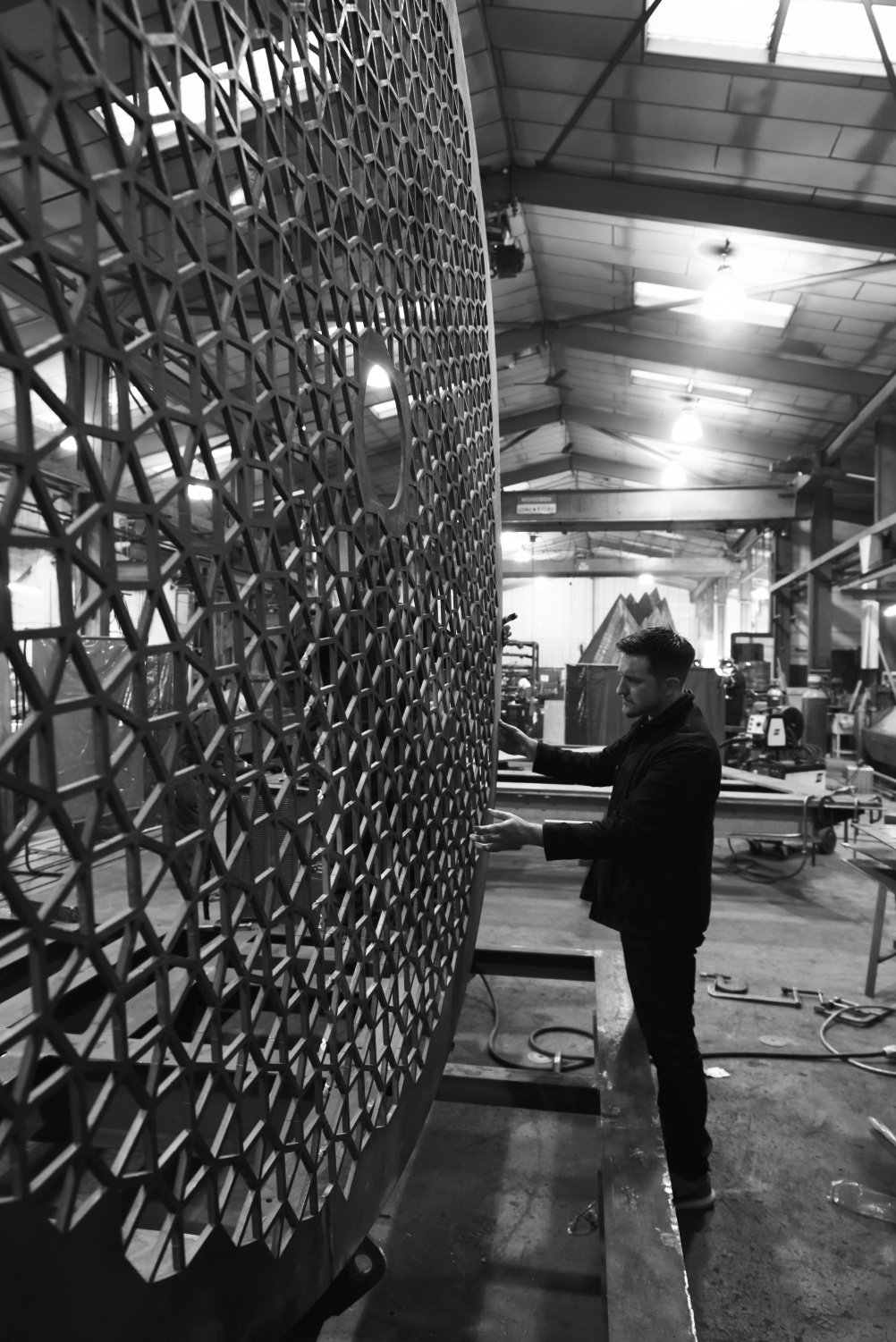 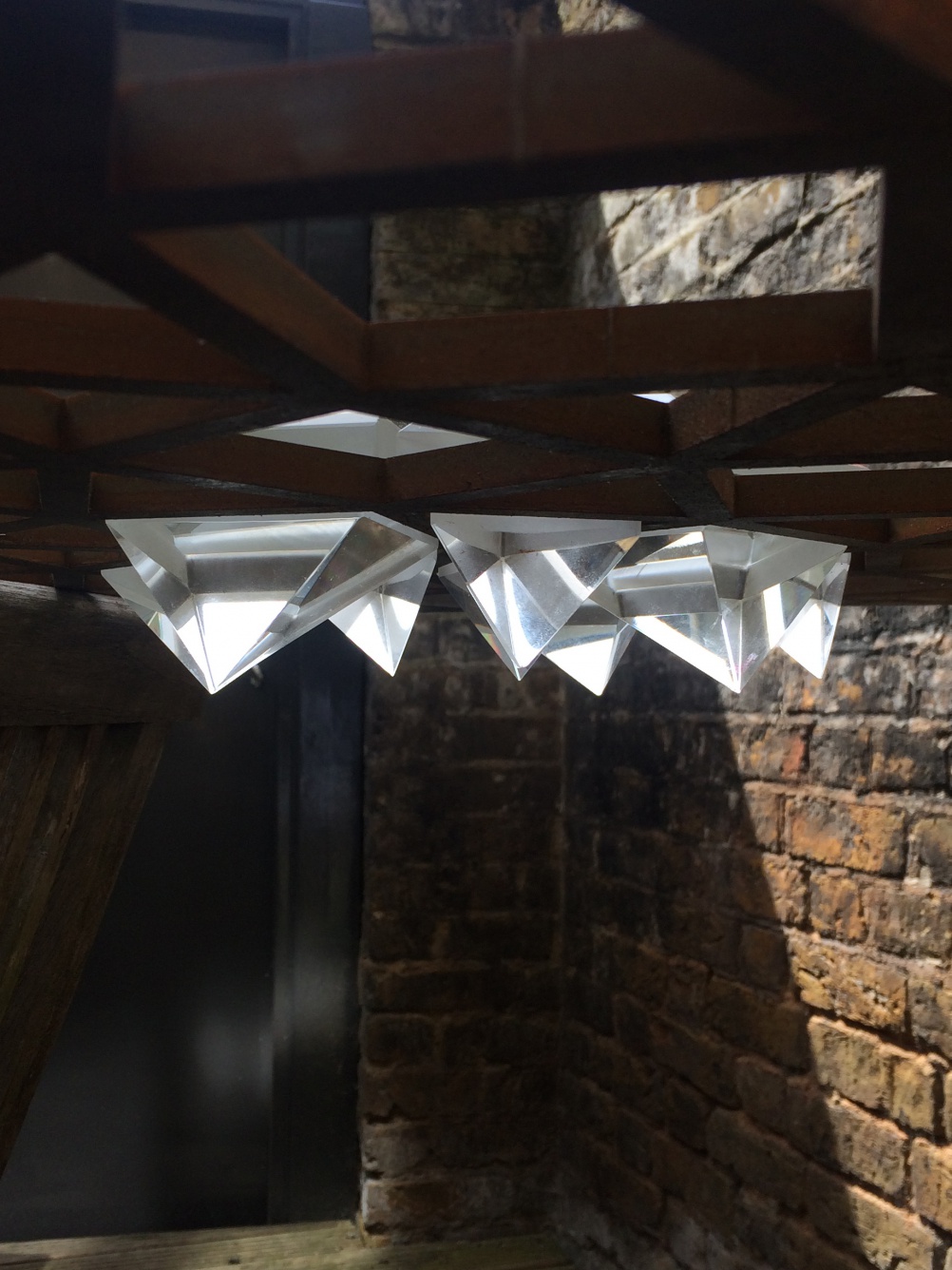 • What to expect from new format shows at LDF 2015