Raymond Otene McKay can count the number of Indigenous designers working in New Zealand on one hand. It’s a small field because parents typically like to see their children go into traditional professions like accountancy or medicine, he explains. McKay is an outlier for the Māori population (New Zealand’s Indigenous people). He started work at agencies before setting up a design studio with his graphic designer wife Laura Cibilich.

Run Studio is based in Auckland and is made up of four Indigenous designers. It’s small and adaptable, McKay says — if it’s working on a bigger project, it can scale up. The studio’s make-up is fairly unique in Aotearoa (the Indigenous word for the country) and the background of the designers is vastly underrepresented in the creative industry. Māori people are the second largest ethnic group in New Zealand; according to a 2018 census, the population was 775,000 out of a total number of five million people.

The studio’s composition gives it an ability to pick up nuances that others might miss, he says. For example, McKay’s knowledge was crucial in winning the tourism board of Niue, a small island in the South Pacific, as a client six years ago. The video below highlights some of the studio’s branding work for the country’s conservation area, the Huvalu forest. 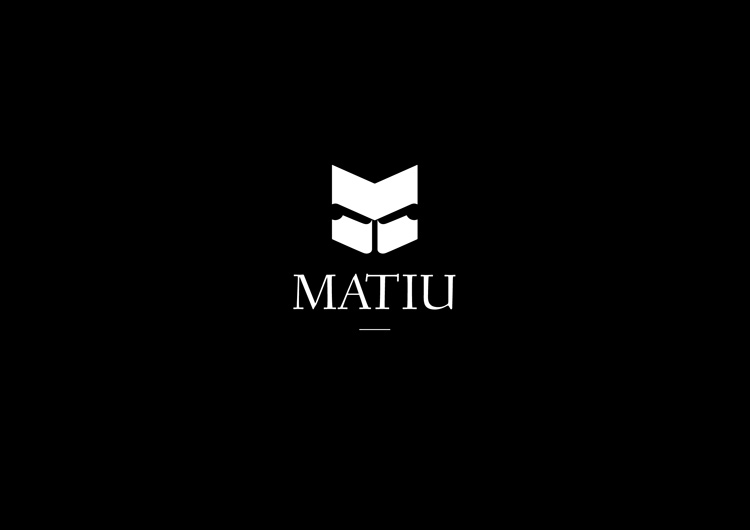 McKay says that the island recognised the studio’s specialist “lens” during pitching. Since then, McKay has realised the power in “tapping into this knowledge” and how it can set Run apart. Clients see a “nuance” which results in a less cliché treatment of native culture, such as the tukutuku patterns that are frequently used indiscriminately in New Zealand design work.

Now it’s seeking to elevate Māori culture. One example of this is the brand identity for traditional Māori artist Matiu who is based in Auckland. A specialist in whakaaro (a type of wood carving), the artist wanted to create an identity that tied together both his Māori and European heritage. He also hoped to reframe these native techniques in the world of fine art and that a new identity could achieve this crossover.

Run created an identity that was inspired by kōwhaiwhai (painted decoration comprising geometric swirls) and traditional European insignia. The studio also created a campaign for the artist. With this new umbrella identity, Matiu successfuly applied for New Zealand Sculpture Onshore, a leading sculpture exhibition in the country. 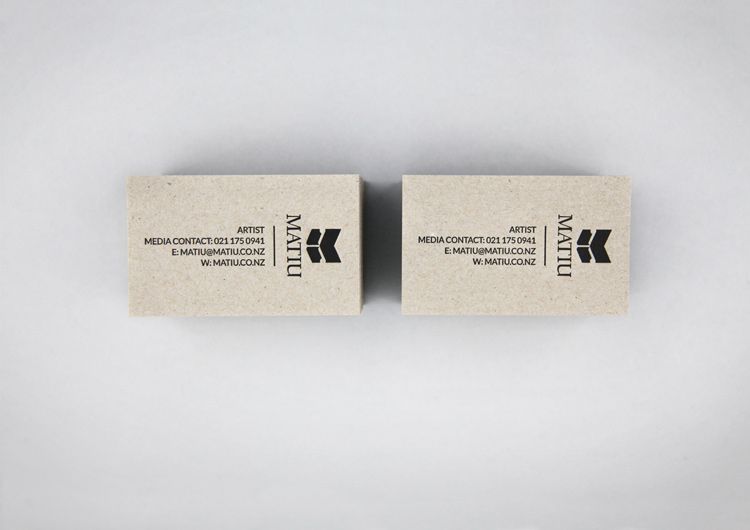 The studio is open to mistakes. McKay says that no one can know everything about Indigenous culture, and there’s always going to be someone that is unhappy with the work. But they’re making fewer errors from the outset and are able to source more accurate design. And as long as their intent is right, McKay is happy. There’s even a Māori word for this: whakaroo. It roughly translates to having the right intent and making sure “everything is done with goodness”.

For the most part, its more nuanced design treatment of Māori culture has been well-received by the country’s tight design community. When the studio has published work, he says that there is a recognition from Indigenous communities but also surprise. “They recognise the forms but aren’t used to seeing it treated in this way,” he says. He recalls a meeting where a client had been “standoffish” at first but came around after the presentation of the studio’s work. The client had been worried about the cliché use of Māori patterns in the world. “That’s not what we do,” McKay reassured him.

As varied as Māori culture is in New Zealand, the design landscape is even broader. The Designers Institute of New Zealand is the country’s design body, encompassing sectors from industrial to graphic design. Its CEO Cathy Veninga tells Design Week that it has worked to create a “connected community” with some country-specific details.

“Our isolation has created a very self-aware design culture,” she says. It’s “very aware of what is happening overseas”. This combination of outward and inward-looking has created high standards and “forward-thinking” creativity. This can be seen in the categories for the institution’s recently-announced design award finalists. The John Britten Black Pin is presented to an individual who has taken New Zealand design onto the world stage — its namesake was a motorbike designer. There’s also a category for Indigenous culture, the Toitanga award.

Veninga also points out that an isolated country can have a big impact. 75% of Knoll office chairs sold in the Northern hemisphere have been designed by Formway, a research-led studio based in Wellington. The studio’s most recent design, the Noho chair, is a finalist in this year’s awards. Another entry is the interactive light installation for Auckland’s Pride celebration, designed by Run. There are also some internationally-known success stories such as Allbirds, the sustainable shoe brand whose trainers are designed by Kiwi Jamie McLellan.

Veninga also echoes McKay’s thoughts about the close-knit community. “While studios might compete for work, they also accept if another studio wins the work — and will have beer with them at the end of the week.”

Anna Brown heads up the Design for Public Good department at Massey University’s College of Creative Arts. The programme’s official name is Toi Āria which was suggested by a Māori colleague; it means “creative rockpool”. The name reflects the team’s cross-disciplinary approach to design; rockpools are formed by both the sea and shoreline and also defined by the creatures that live in them.

The department aims to apply design into policy-making at various levels of government and  industry. The team is small (there are two academics and a core team of seven people) but depending on the project, Brown will look to work with associates from the industry who can lend the relevant expertise. Brown, who has a background in book and typography design, says that the department’s “participatory design” is a fast-developing trend in New Zealand.

A recent project sought to design more culturally appropriate algorithms and demonstrate how they could be used in decision-making. This is a frequently-discussed topic: new technologies have been criticised for showing the unconscious bias of their usually white and male designers. Brown’s department carried out workshops with the Office of Ethnic Communities in Christchurch, surveying different community groups. One topic raised was about the immigration application on the government’s website which works via a risk score priority algorithm.

The system states that you have to have been married for one year to bring your partner to the country. However, members of the Indian community said they are more likely to have had an arranged marriage and therefore married for less time at the point that they are applying for immigration. They advocated to change policy around partnerships for Indian communities — which the government did. “You have to have algorithms that understand the cultural context of an environment,” she adds. 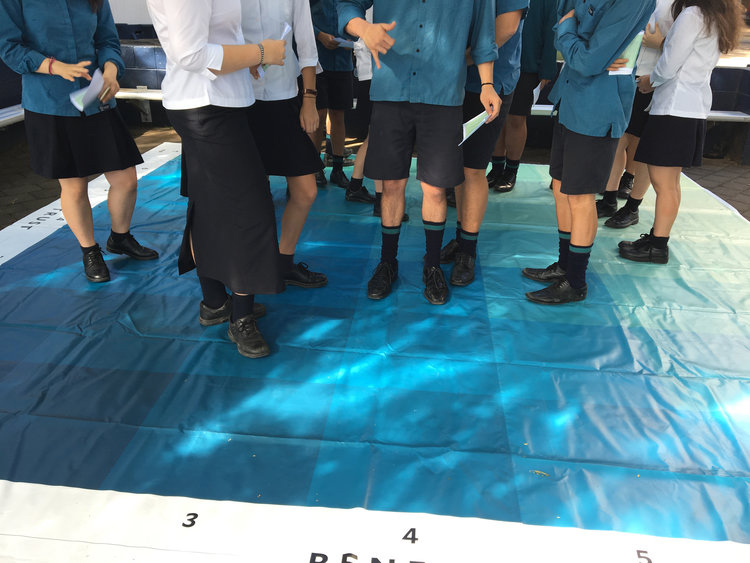 Brown says that the student population is defined by its “earnestness” and sense of community (a quality mentioned by Veninga and McKay). Part of the design school’s ethos is about balancing those aspirations with real-world applications. Managing this expectation relies on teaching students “what they can change and do in a design frame”, Brown adds. “And sometimes small changes can have big effects.”

Right now, the department is working with the Joint Centre of Disaster Research on a project about an early earthquake warning system. It’s based on a distributed network of sensor devices that would give people thirty seconds to one minute warnings of when an earthquake might hit. Most of the field’s research had been dominated by sciences like seismology. “Bringing in these other ways of thinking and engaging with people is really interesting,” she says, explaining how a participary design approach showed that visual cues could help.

“Understandably people focus on expert-led research in this sector but the people affected by these disasters are the ones acting in these moments. So how do we educate them? And how do we do that by design?”