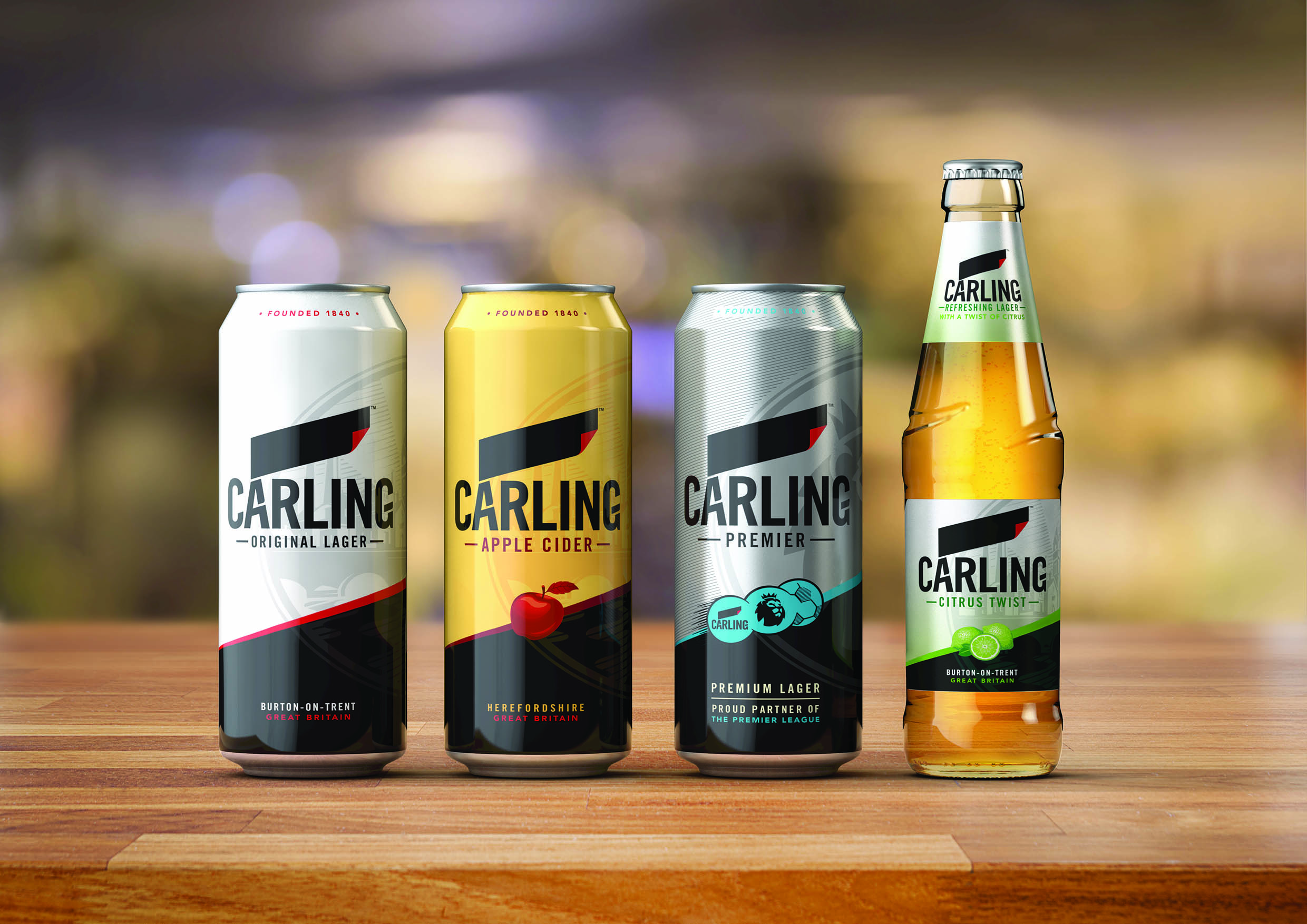 Beer brand Carling, which will turn 200 next year, received a new visual identity this week, which references its original name Black Label.

Designed by BrandOpus, the logo swaps out the slanted logotype for a straight one, and now features a black label emblem – a reference to Carling Black Label, the original name for the brand’s lager when it was first introduced in the UK in the 1950s. It was originally founded in Ontario, Canada in 1818.

The lion crest has also been scrapped from the main logo lock-up, and is featured much more subtly on packaging.

The new look aims to create a more “consistent” look for the whole Carling range, according to BrandOpus CEO Nir Wegrzyn, and aims to be more “modern and striking”. But the new look has received mixed reviews – some readers have questioned the use of the black box emblem, calling it an “empty graphic” while others have praised the new, simpler design.

The new brand will start rolling out on shelf and behind bars from March 2017 onwards. 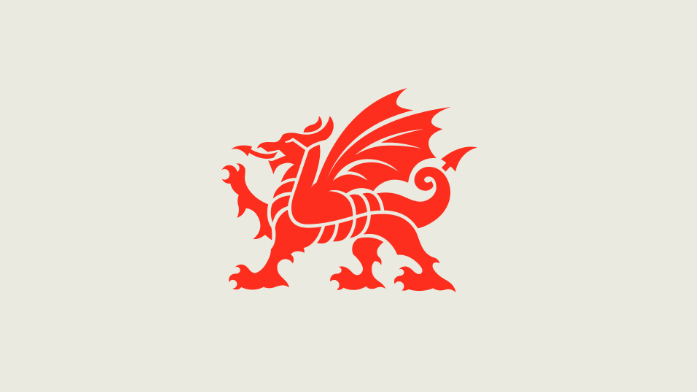 We spoke to Cardiff-based consultancy Smörgåsbord this week about the new national branding it has created for Wales, which will be used across tourism and business sectors.

The new brand draws inspiration from the Welsh flagon, re-creating the red dragon synonymous with the country.

It also incorporates scenic photography, a new colour palette based on these landscapes and a typeface using characters from the Welsh alphabet – all design decisions aimed at highlighting features unique to the country.

The aim was to “design a brand that was of [Wales]”, and “do the country justice”, according to Smörgåsbord co-founder Dylan Griffith.

The new branding began rolling out last year as part of a “soft launch” for an advertising campaign, and will continue to appear across campaigns, tourism and business websites and services, and will be potentially also be included alongside government branding on public sector sites in the future.

Maplin revealed a new brand identity to be more accessible 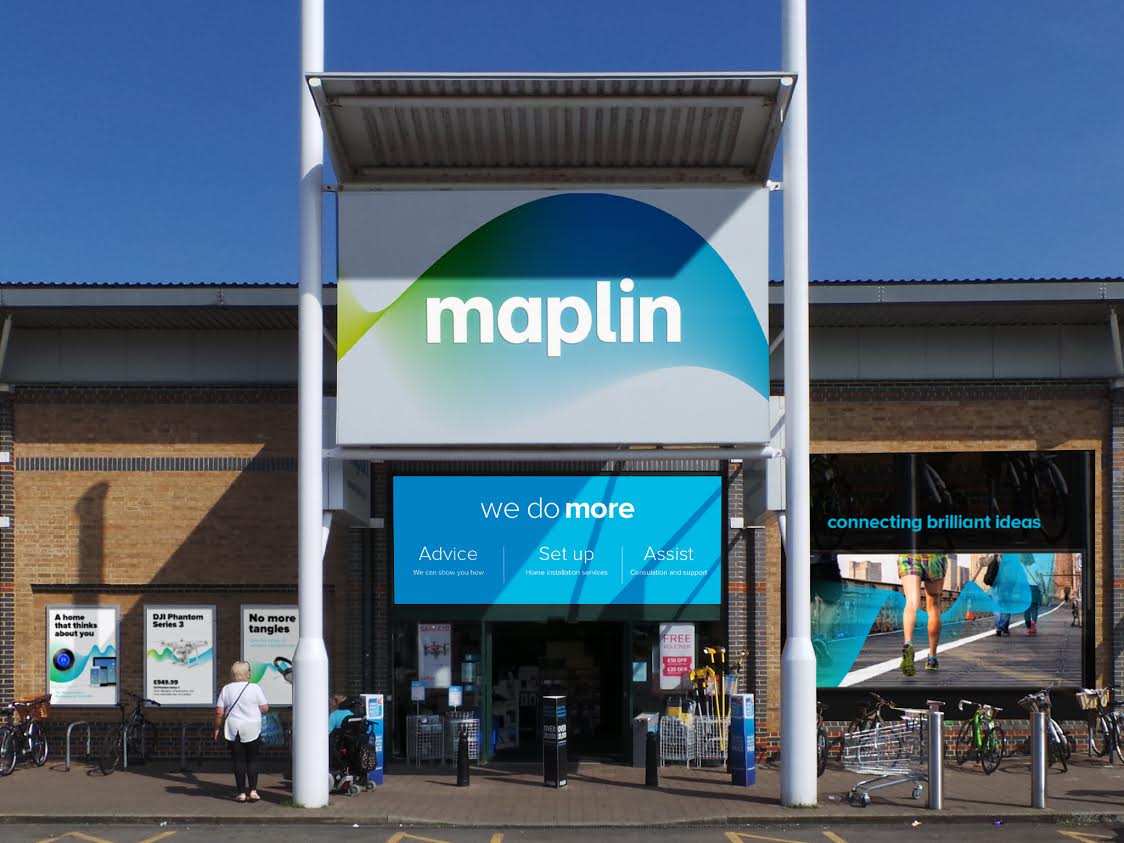 Maplin revealed new branding this week, created by consultancy SomeOne in a bid to make the electronics company more accessible to a wider audience.

Research found that some customers were “daunted” by the brand, and saw it as “too specialist” – so the design consultancy set about creating a look that aimed to be more open.

Wave imagery has been introduced to create a “constantly moving and evolving” graphic, says SomeOne senior designer Helen Altoungarian, to represent the “ease” of use of Maplin’s services and technology. The wave changes in colour depending on product range.

The new look will roll out over the next two years across online platforms, in-store signage, uniforms, and products.

Design consultancy Nelly Ben Hayoun Studios set up a new London and Amsterdam-based postgraduate university this week, which will provide two years of training for students – and it’ll be free.

The University of the Underground will open in September this year, with applications for places currently open until 1 April.

The new university offers a two-year Masters (MA) course, and will differ from traditional courses in that it will focus on design in the context of wider issues such as politics, sustainability and artificial intelligence. It will also incorporate elements of theatre, film and music.

MA degrees will be granted by Amsterdam-based postgraduate arts university Sandberg Instituut, and fees will be entirely covered by a mix of donations and government grants. Only 15 students will be accepted onto the first course starting this year.

“I believe university should be a place where politics is discussed,” says Nelly Ben Hayoun. “We want to support students in their dreams and beliefs. There was a need to create a network of creative soldiers.”

Students will be expected to work on briefs that encourage “global change” – for instance, redesigning the systems of organisations like Greenpeace.

Find out more about the University of the Underground and applications here. The organisers aim for the institution to also offer PhDs in the future.

Habitat brought its “Mini” store concept to the high street 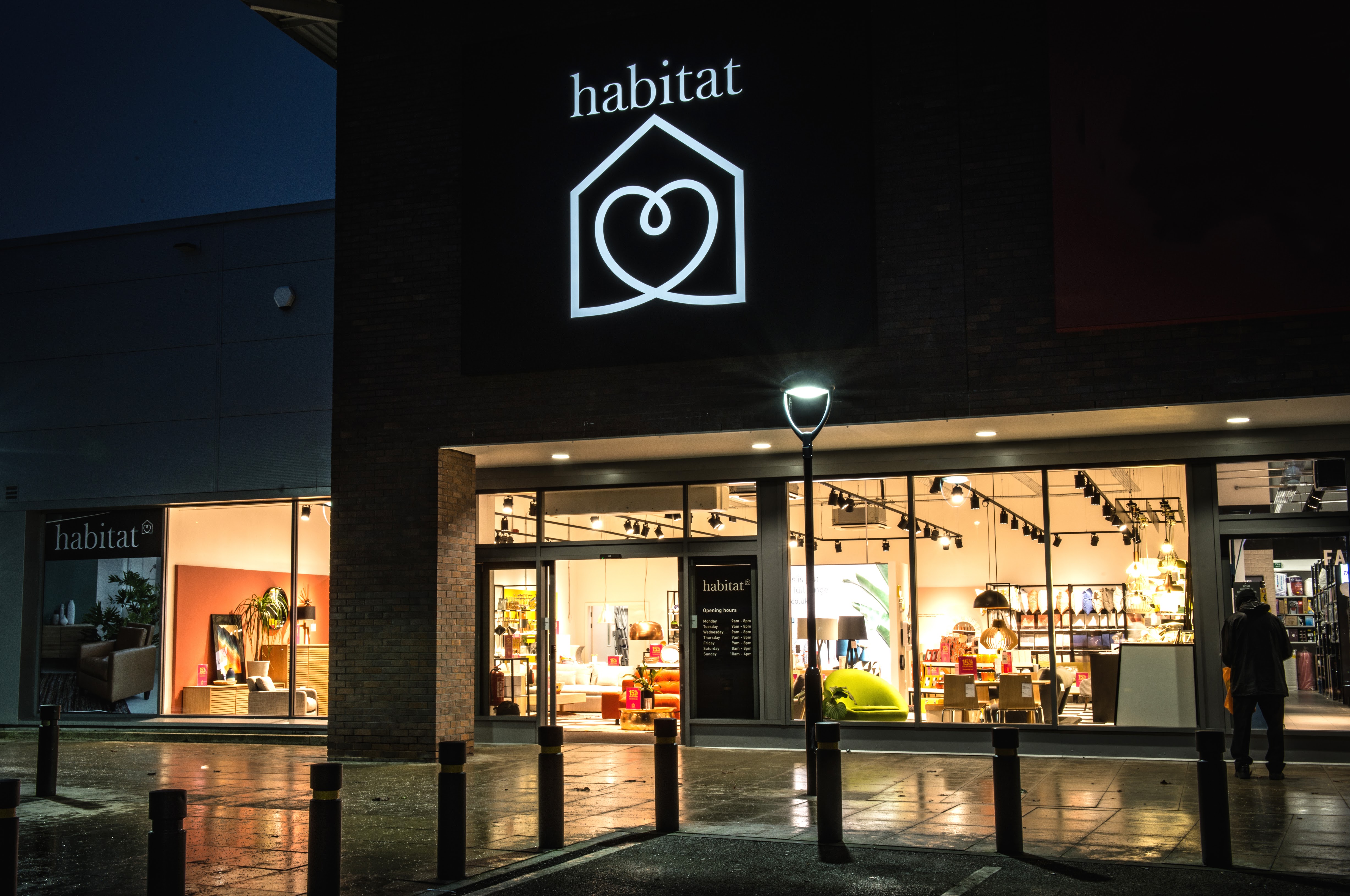 Habitat announced it would be opening its first stand-alone store in seven years this week, designed by its in-house design studio.

The furniture store was acquired by Sainsbury’s in 2016, and has since only opened new stores as concessions within the supermarket. Habitat hasn’t opened a stand-alone store since 2009.

The new store, set to open in Leeds this year, will take on the brand’s Mini Habitat concept, and will be a 186m2 space with 600 products on display, including furniture, upholstery, homewares, textiles and lighting.

It will also feature digital screens and iPads in-store, allowing customers to browse the company’s full range of 4,500 products, and order online for home delivery.

Habitat managing director Clare Askem says the new store will enable customers in Leeds to “physically interact with products before they buy” and receive advice in-store.

The opening is part of a wider trial of the Mini Habitat concept, with concessions opening in Sainsbury’s stores in Solihull and London in 2016. Three more concession stores of the same size will open nationwide by April 2017.

How Kia is using design to change perceptions