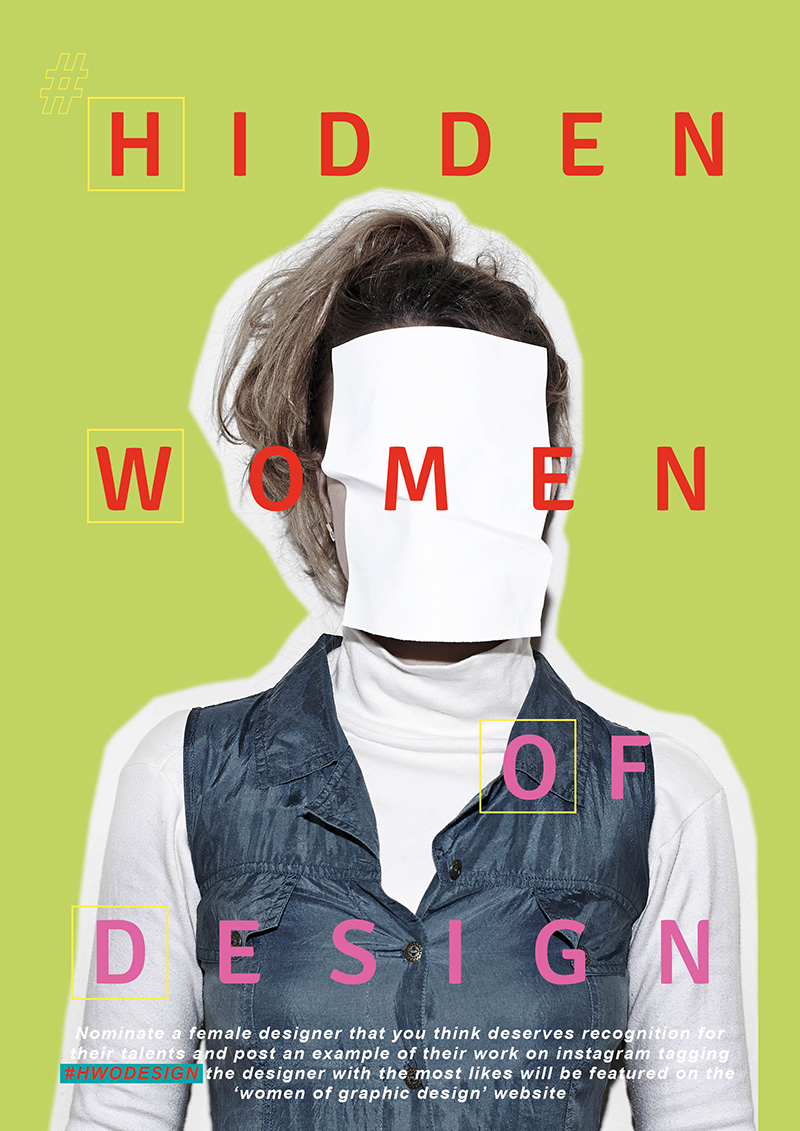 Design Week: What is Hidden Women of Design?

Lorna Allan: Hidden Women of Design was a response to a research question I was set: “Who are those that sit in the blind spots of design and have transformed design paradigms over the years?” The more research I did, the more I realised that perhaps the majority of those people may be women.

DW: How many people are involved in the project and how did you start it?

LA: The project started as a hashtag campaign (#HWODesign) to raise awareness of work by female designers of the past and looking forward, to ensure female designers would receive the same exposure as their male peers in design history books. After holding a focus group to discuss the project’s future, it was suggested that a series of talks by practising female designers might be the next step. Some very helpful friends in social media (Alice G.Turner) and design (Jesse Prior) have joined me along the way to refine and develop the idea.

DW: Why did you start the project?

LA: It started as a college project, which I have handed in now but have continued, purely because of the interest and encouragement I have received on the subject. I really have been blown away by the response and support by the female design community. Even big designers like Ellen Lupton and Alice Rawsthorn took the time to reply to me and the support from Kathleen and Tori from the Women of Graphic Design website has given me the confidence to keep pushing it forward.

LA: At this stage, I don’t know – I do know that the interest has been high and through asking around after each event, the general vibe is that the talks are of real interest and a great opportunity to get to meet and have discussions with other designers.

DW: Which designers have you managed to involve so far?

DW: In an ideal world, which female designers would you love to see involved in the project?

LA: I think have been very lucky with the caliber of women I have had for these talks- they have all been informative and inspiring.

DW: What are themes of the talks?

LA: The structure of the evening is similar to a Pecha Kucha where each designer has 20 mins and 20 slides to talk about their professional practice and how they evolved as a designer. We had three ladies each night.

DW: Beyond talks, what else is on the agenda for Hidden Women in Design? How could it expand in the future?

LA: After each talk so far we have been talking to the attendees and there’s definitely a want to see more of this type of event. There are a lot of women’s design groups happening and I think HWOD would like to focus on university leavers or designers new to the industry as this is a crucial stage which determines whether they stay in the design world or leave it. It’s important to make sure they can get encouragement and inspiration when they find themselves out on their own.

DW: How do you feel about women’s representation in the design industry at the moment?

LA: On the first evening of talks I was approached by a couple of American female design students who were in London doing studio visits – they had been disheartened as every studio they went to was fronted by a man. They Googled “Women in Design” and found our talks and were very happy to meet and speak with other female designers and potentially arrange other studio visits. This is really at the heart of what the project is about. Mostly through research I have found that typographic design still has more men than women – that’s why I was so thrilled to have Spike Spondike at Dalton Maag talk about her practice.

DW: How do you think this can be improved?

LA: I think we need to keep talking about the subject. It still attracts attention so it is still an issue and to have groups of female designers promoting and supporting each other can make a difference.

The next Hidden Women of Design talk will take place on 13 July at 7pm at the Peckham Pelican, 92 Peckham Road, SE15 5PY.