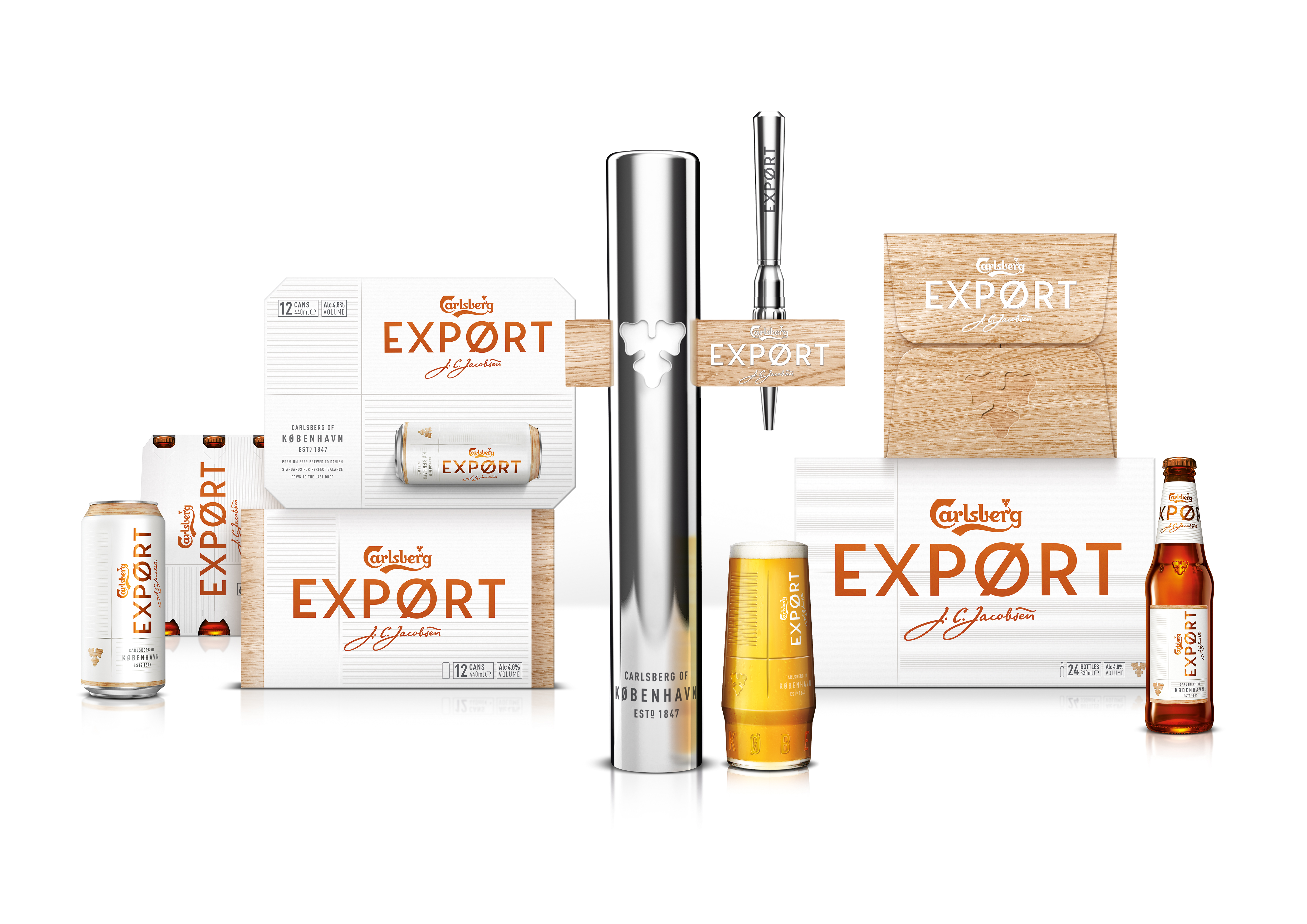 Carlsberg Export has been rebranded for the British market with the aim of placing more emphasis on the beer’s Danish roots.

The beer brand was founded in 1847 in Copenhagen, Denmark, with the first export to Edinburgh, Scotland taking place in 1868.

Taxi Studio has designed the new logo and packaging for the beer variant, replacing the previous logo which centred around the colour green and a hops symbol.

The design consultancy is not able to comment on whether this signals an upcoming, overall rebrand for Carlsberg, but Carlsberg Group says it is “the first step towards revitalising its flagship brand”.

The new look uses a colour palette of white and copper, and makes use of a cross symbol skewed towards the left of the packaging, inspired by the Danish flag.

A wood effect is also used across the packaging alongside copper, which aims to signal materials used in contemporary Danish design, says Spencer Buck, founder at Taxi Studio.

“The slash device anchors it in the Nordic region, but it’s also a little bit tongue-in-cheek as ‘Export’ isn’t pronounced like that in Danish,” he says.

Through drawing inspiration from Danish design, the consultancy also aims to make the beer appear more up-market, says Buck, in an attempt to battle the lager market’s recent decline in sales and attract a younger audience.

“Carlsberg Export has been suffering from an identity crisis over the last few years,” he says. “It was coming out favourably in taste tests but the branding was dragging it down.

“We wanted to create something premium but not cold – simplicity and cleanliness, coupled with a light humour, were within our brief.” 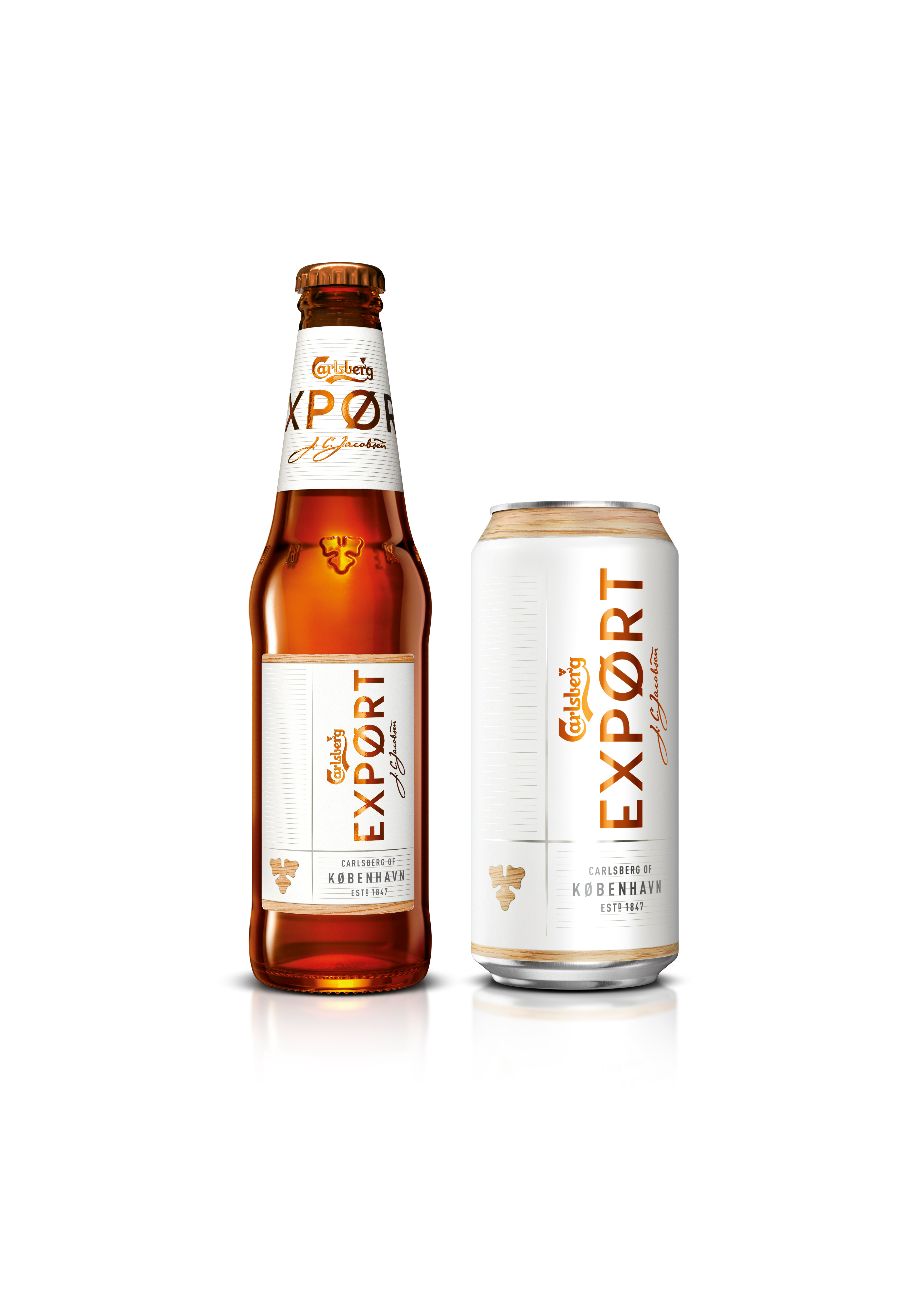 The rebrand, although focused on Danish design, is only rolling out in the UK market. Buck says the consultancy wanted to “bring a touch of Danish happiness to the UK”.

“Danish design is quite progressive and not stereotyped, but this is a perception of Danish design from the outside,” he says. “Fundamentally, it’s about beautiful aesthetics coupled with incredible functionality.”

The new branding and packaging for Carlsberg Export begins rolling out in February 2017, and a £15 million marketing and advertising campaign accompanies the new visual look. The beer bottle size is also being increased to 330ml. 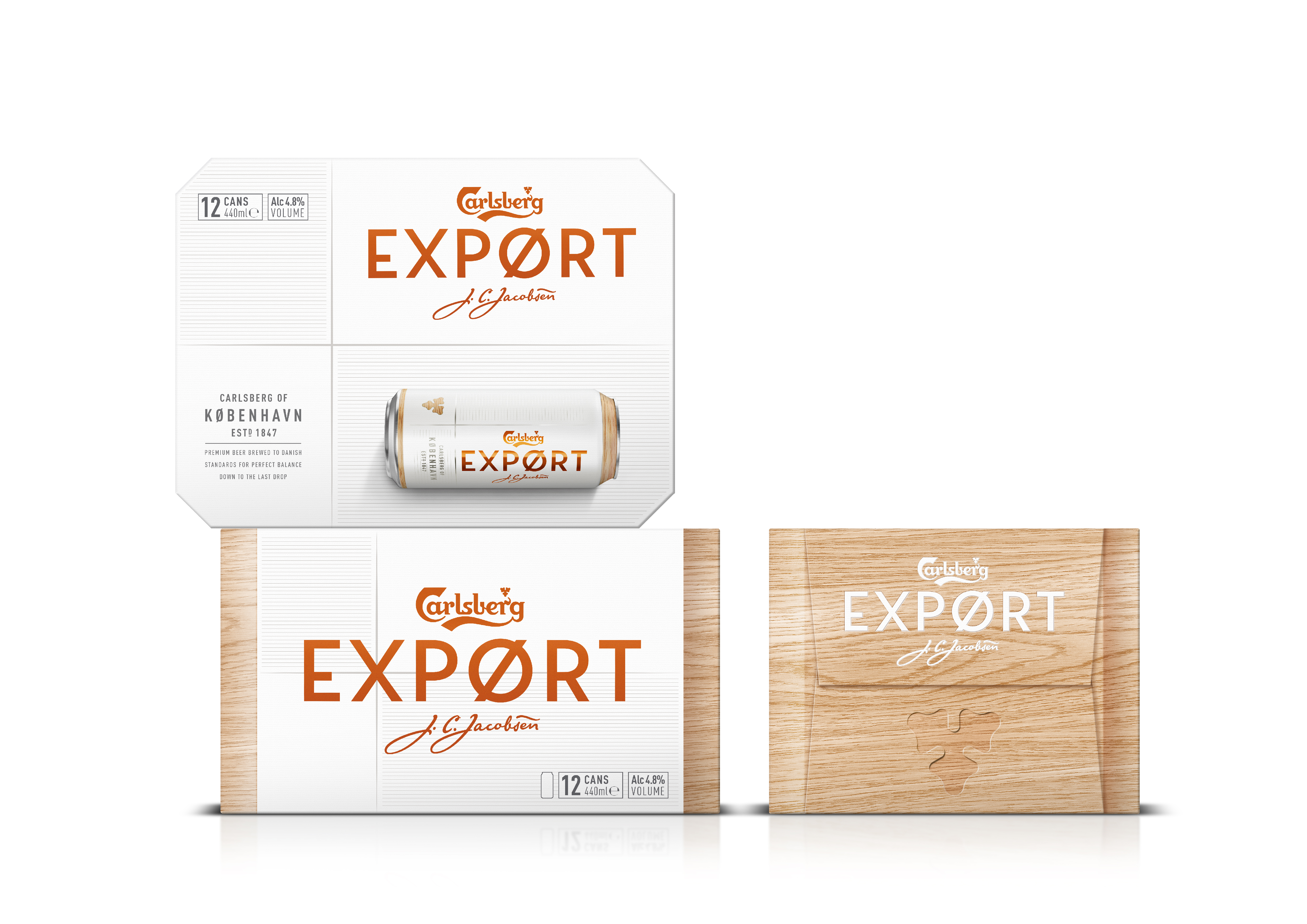 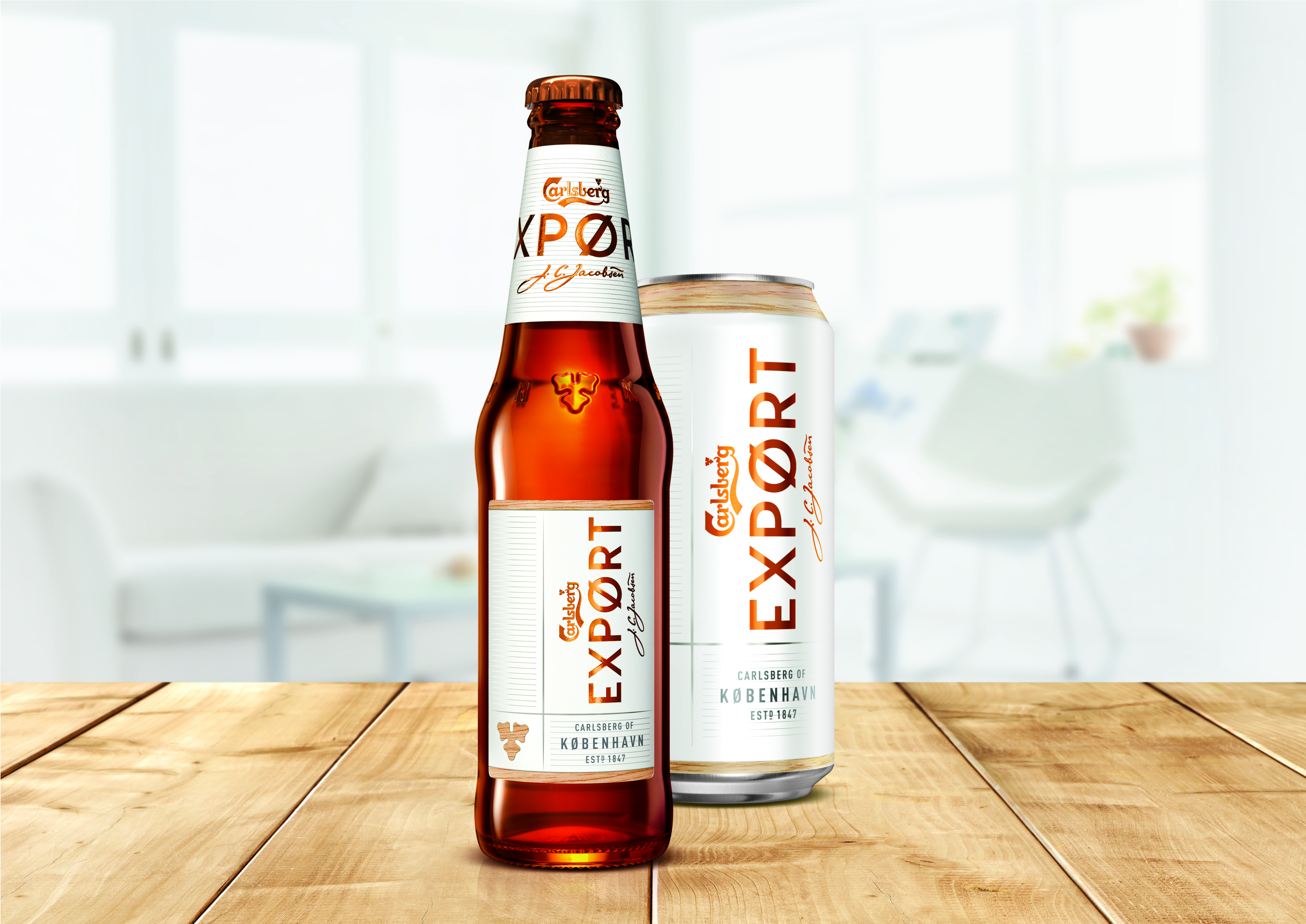 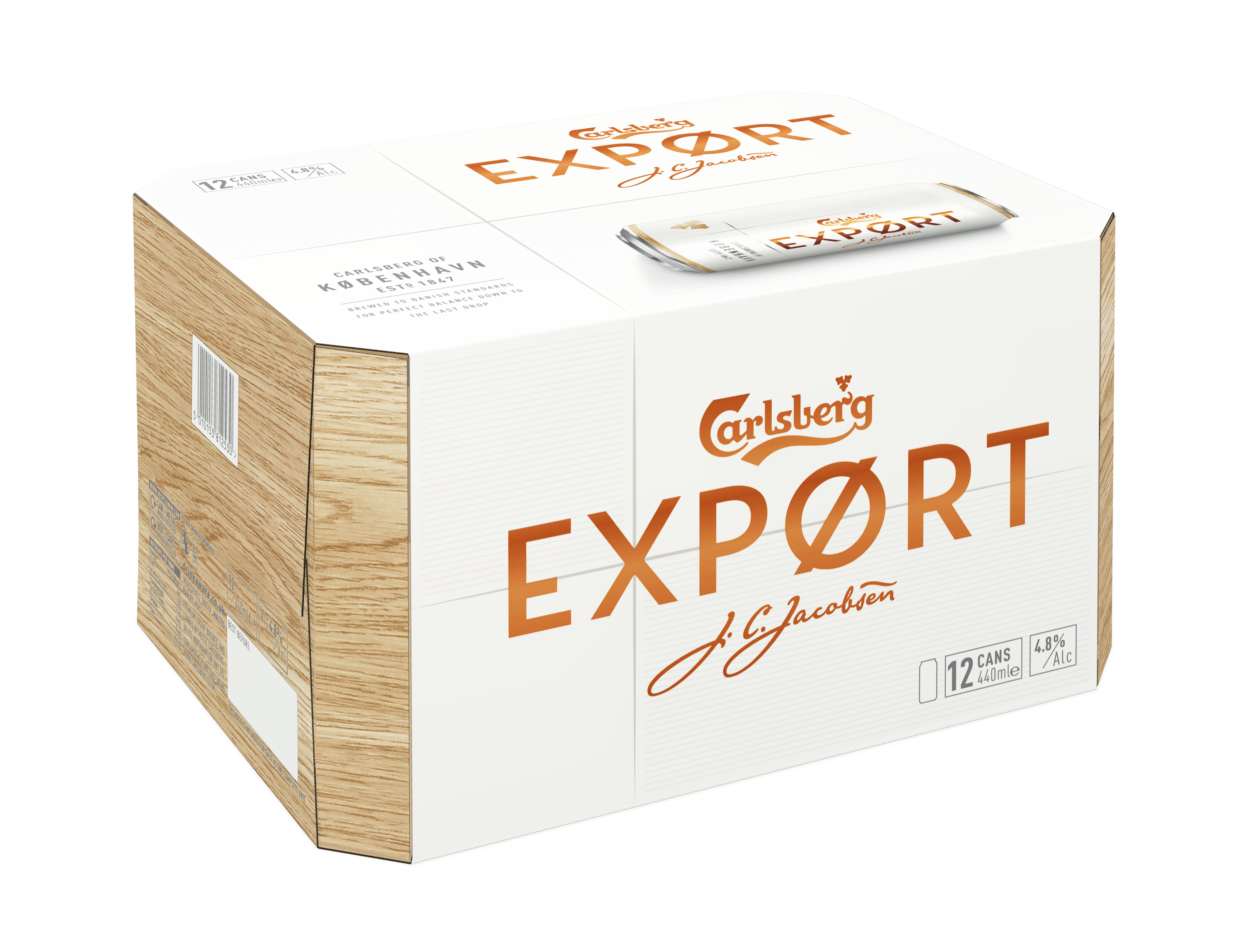 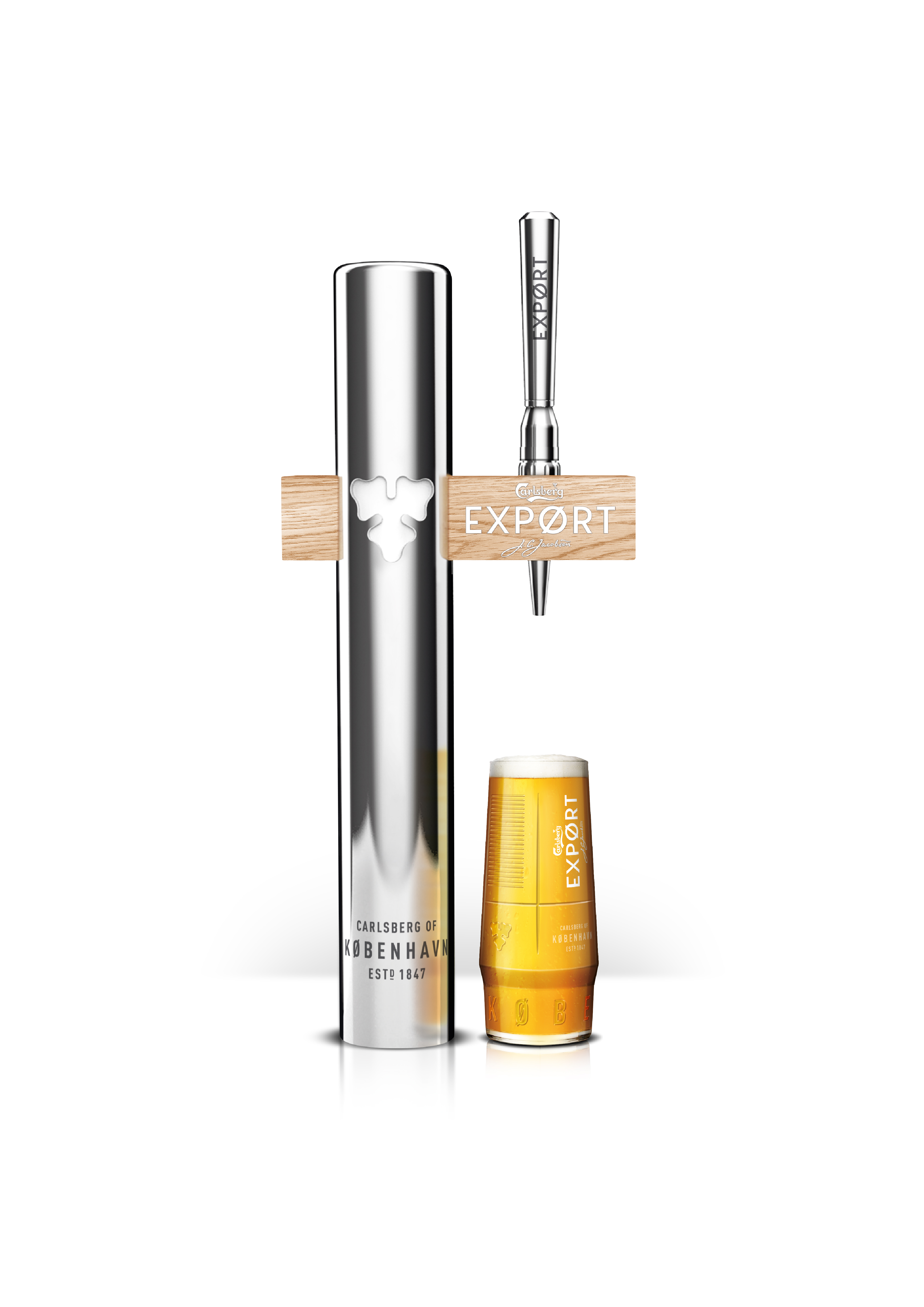