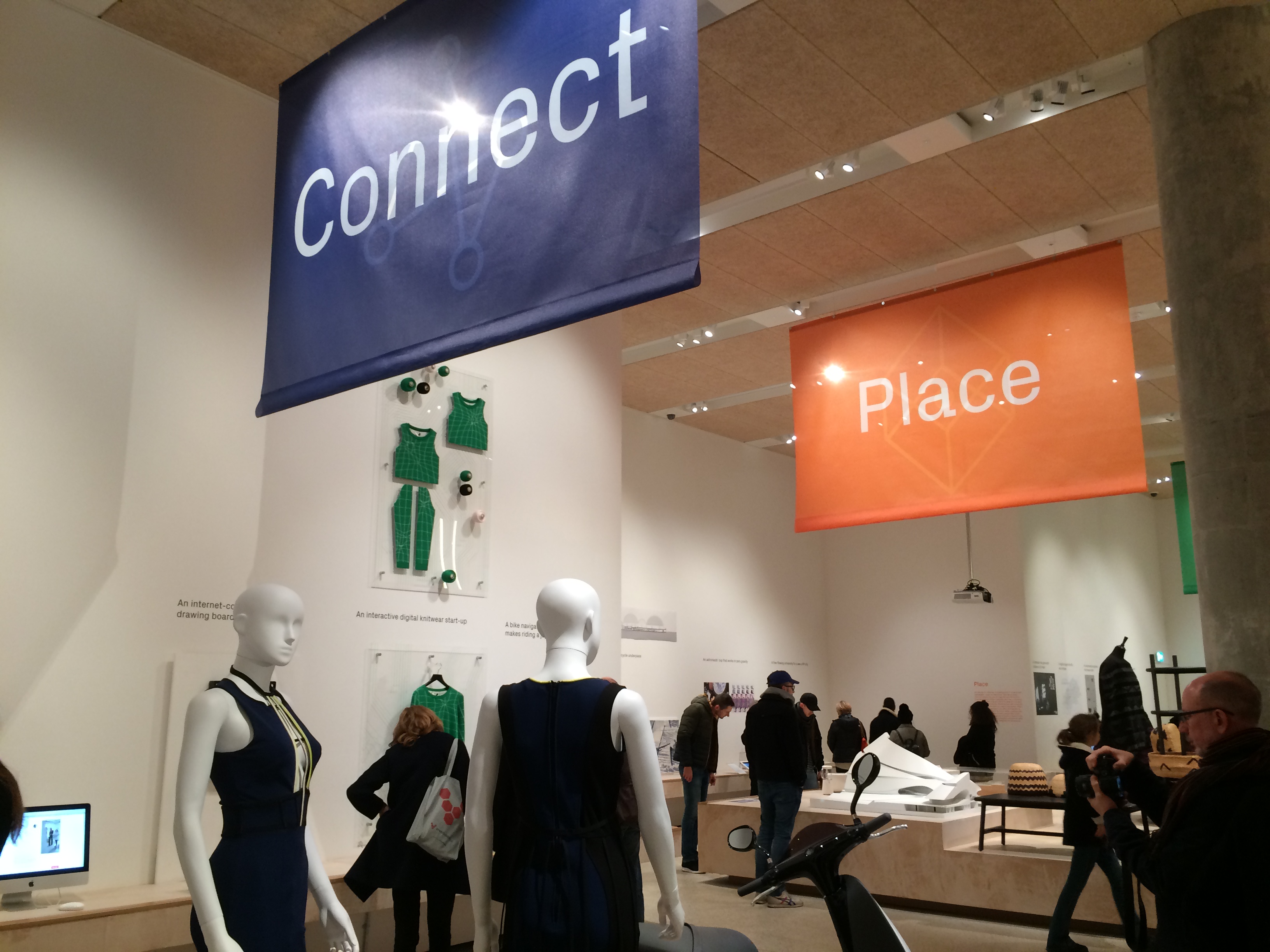 Based in the museum’s basement, the show is signposted by colourful banners, short, informative descriptors on the white walls and cute, flat pictograms, creating a simple and contemporary wayfinding system to distinguish between sectors and themes. The exhibition was designed by Hato Studio, and curated by Gemma Curtin. Ken Kirton, co-founder at Hato Studio, says the exhibition design aims to “engage a wider audience”, through its use of colour, emojis and infographics. 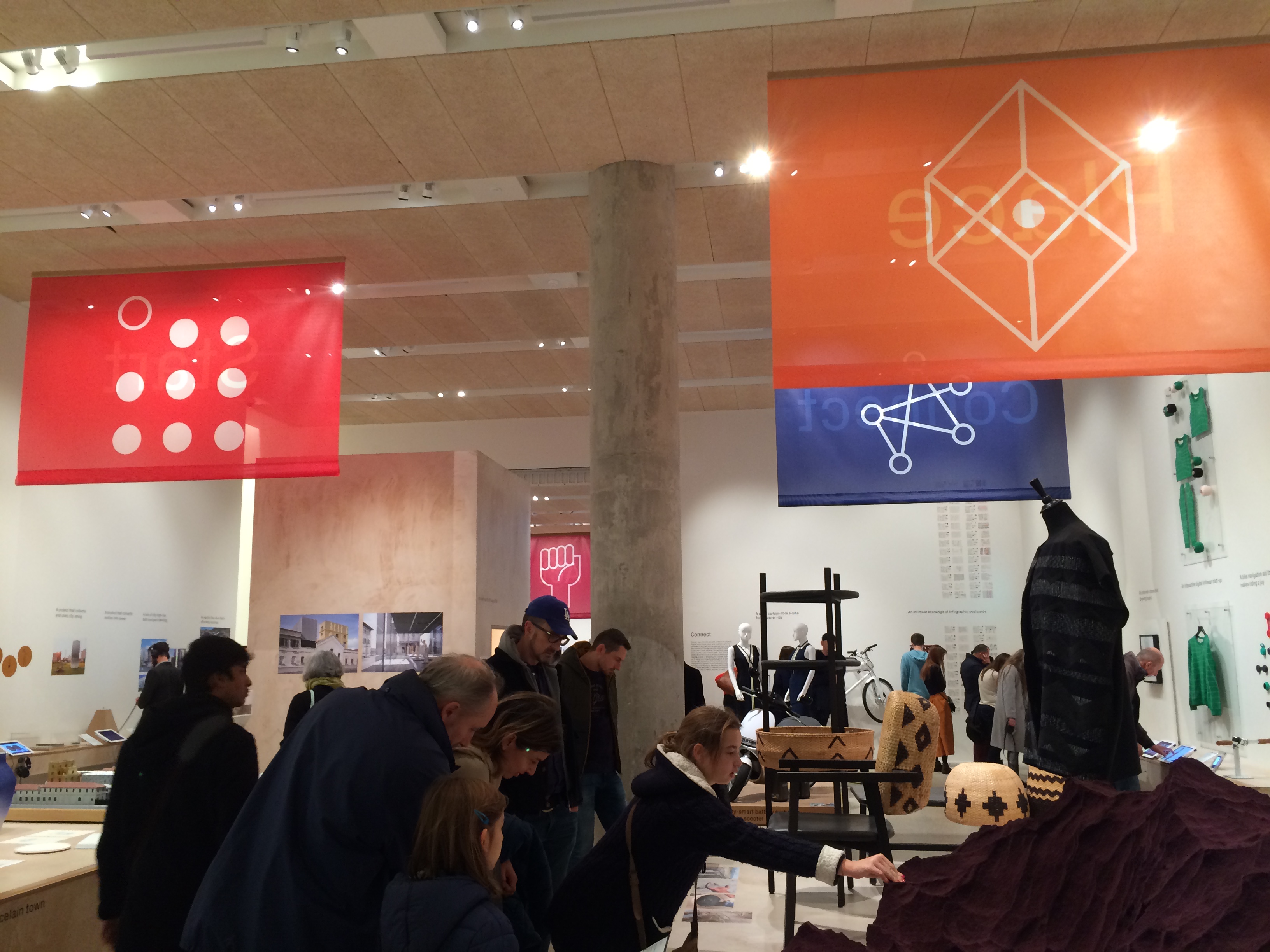 There are 70 Beazley Designs of the Year nominees across six sectors: architecture, digital, fashion, graphics, product and transport. But rather than separate the exhibits into sectors, they have been grouped into seven themes – self, renew, place, start, connect, unite and act – which solves the problem for any designs which might fall under more than one discipline.

While some are pretty self-explanatory – many of the social design projects fall under ‘act’, for example – others, such as ‘self’, are vaguer. But while the themes act as a rough, wayfinding guide, they are subjective, and visitors are left to make their own decisions.

Entering the warehouse-style space of the museum basement is a little overwhelming at first – with no distinctive route round the exhibition, visitors decide which theme they would like to explore first. The exhibition encourages visitors to pick their favourites and choose their own journey, rather than sticking to a prescribed, chronological route. Here’s a round-up of some of our favourites.

Graphics: Book covers which bring print design back to life 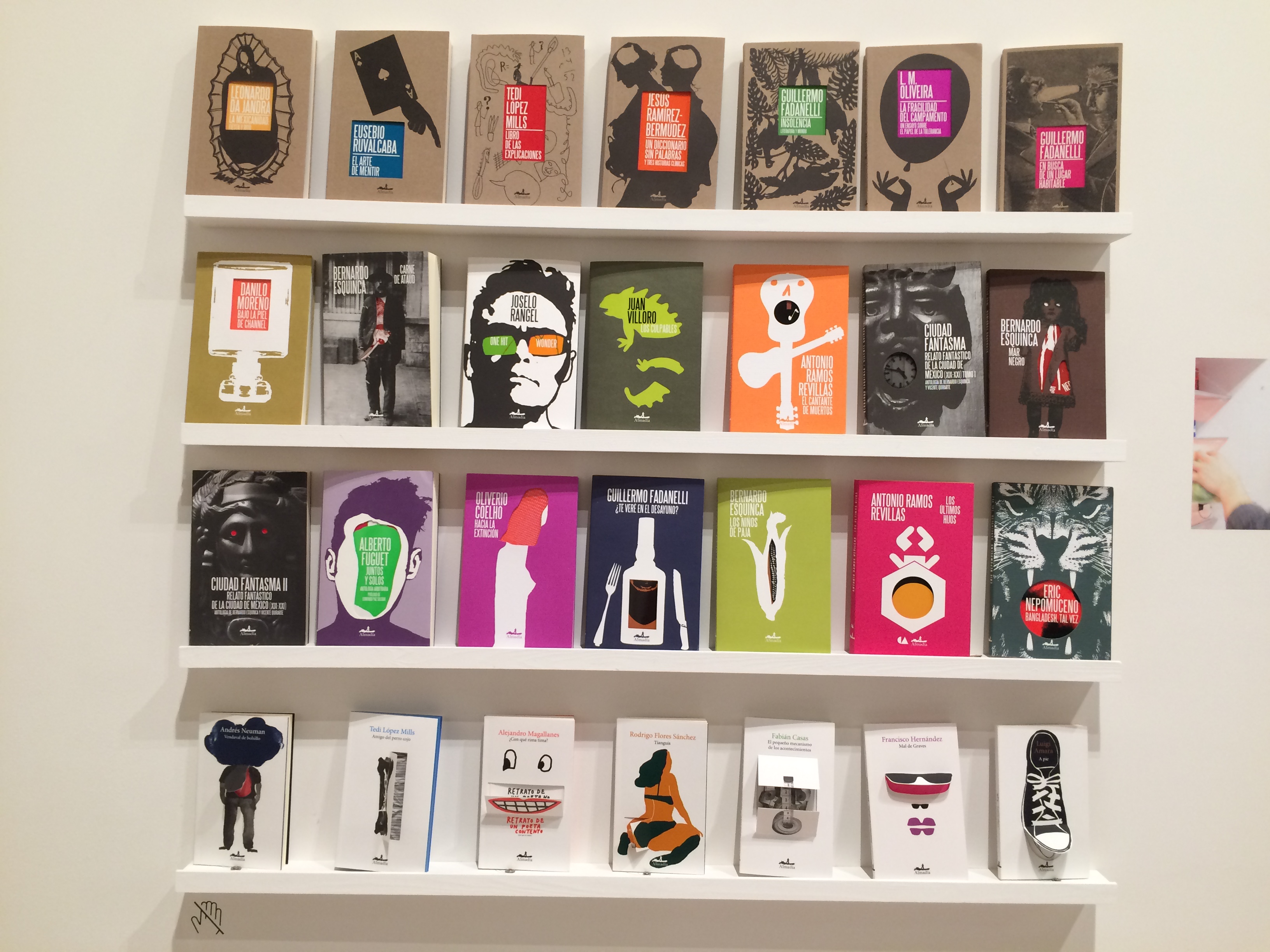 On entering the exhibition space, visitors are confronted with a colourful wall of elaborately cut-out book covers. Graphic designer Alejandro Magallanes has brought print design to life with his cover designs for Spain-based publisher Almadia Books, cutting out parts and using intense colour to make them more tactile and visual. The cut outs create illustrations which add extra meaning to the book covers. In a time that depends so heavily on reading things on screen, Magallanes brings beauty and value back to the printed word.

Product: The book which could save lives 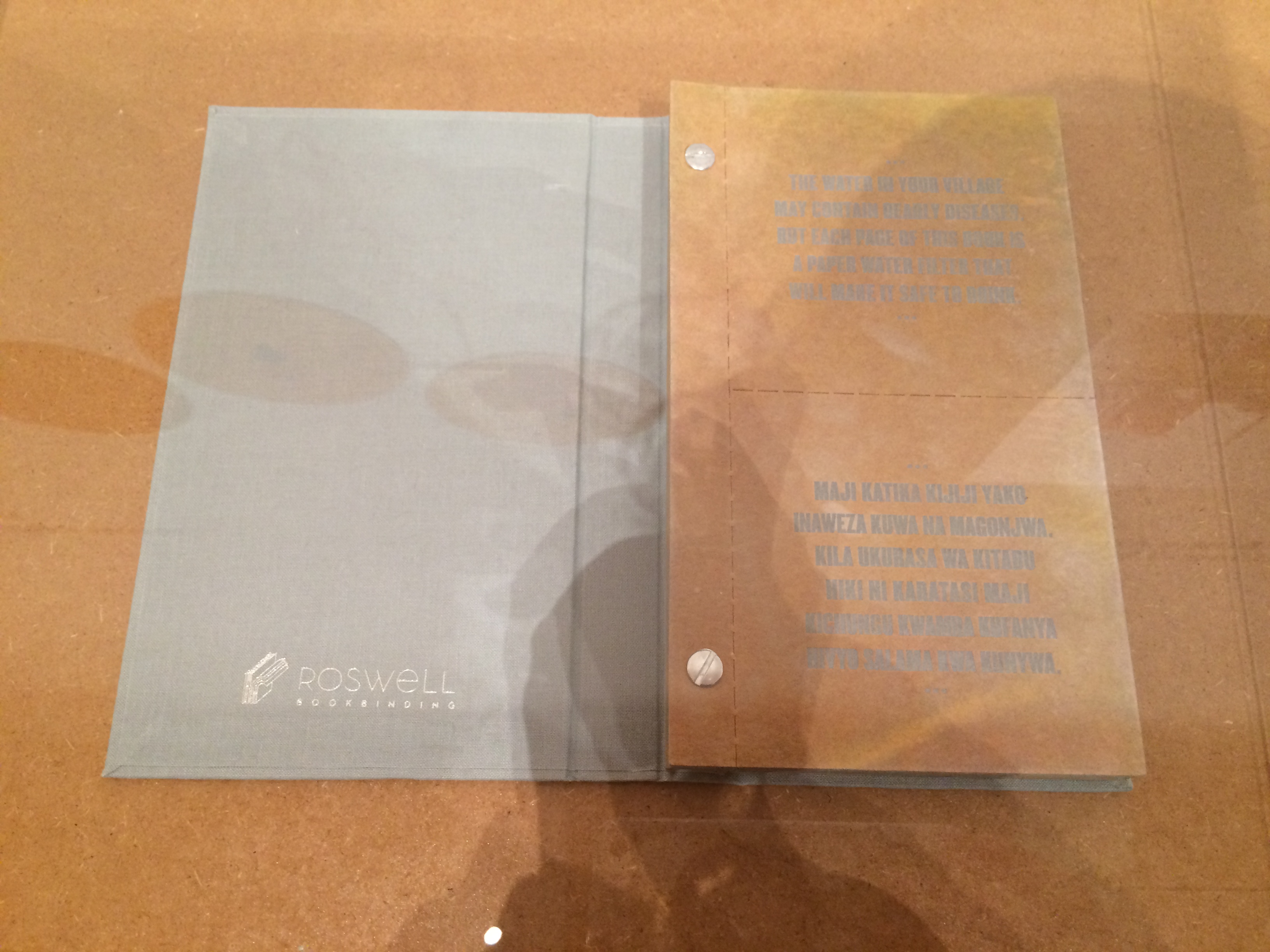 Some of the most ingenious inventions are often the simplest – the Drinkable Book is a pad of tear-out filter paper which has been designed to purify contaminated water and make it safe to drink. Designed by Brian Gartside, alongside graphic designer Aaron Stephenson and chemist Dr Theresa Dankovich, the filters contain silver nanoparticles which destroy water-borne diseases such as cholera and typhoid. Each sheet can provide 30 days of clean water, and the booklet could become a compact, clever and easy-to-use solution for developing countries which don’t have access to sophisticated water purification systems. 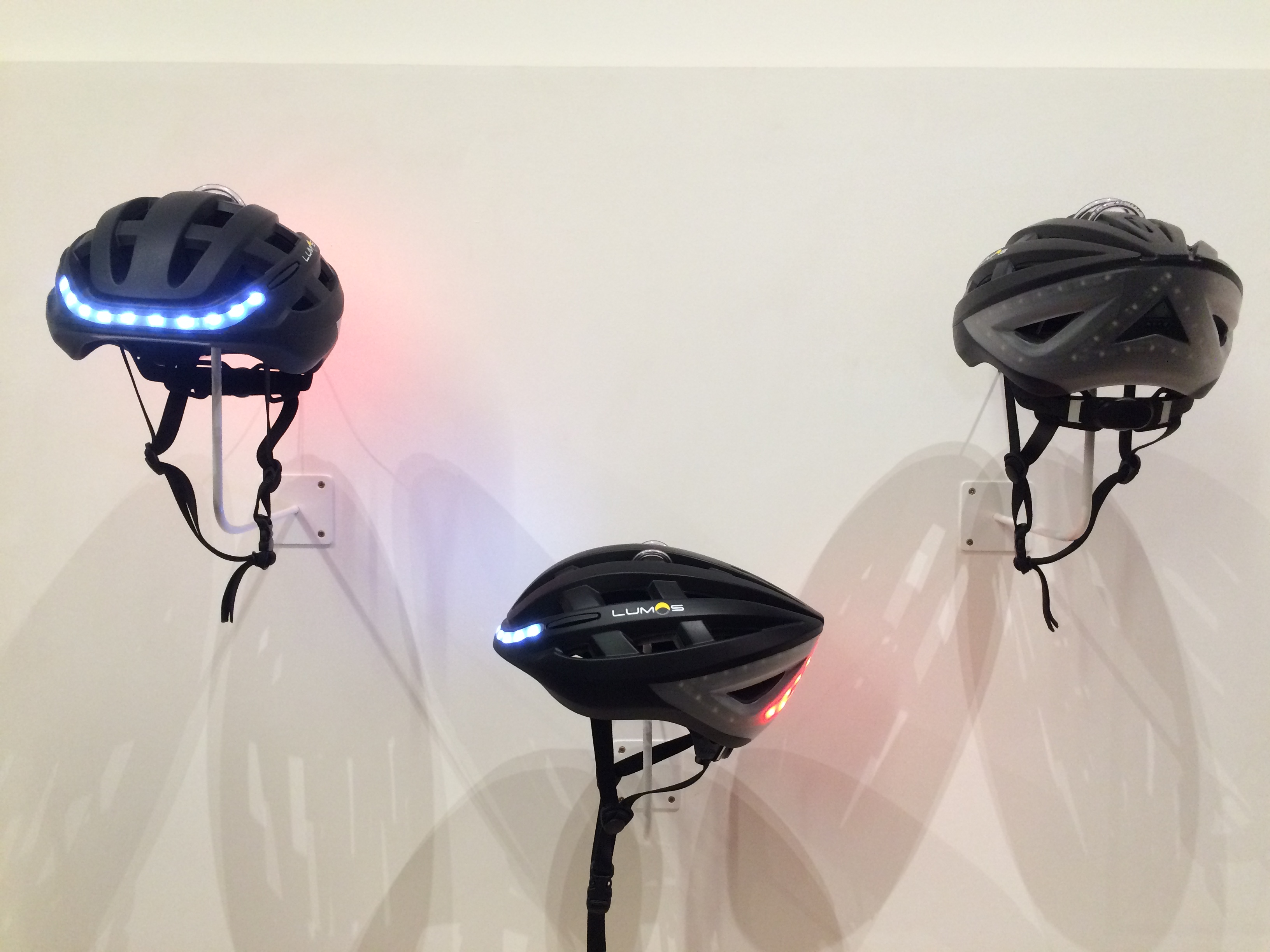 Cycling in busy cities such as London or Manchester can be perilous. The Lumos bicycle helmet, designed by Eu-wen Ding and Jeff Haoran Chen, is an electronic take on the classic headgear which could help make other motorists more aware of people on bikes. The helmet includes a bright, white light at the front to help wearers see and be seen, and a red brake light at the back to indicate when the cyclist is slowing down. Yellow indicators on the sides work as indicators, giving other motorists warning of when they intend to turn. The helmet is chargeable, and could redefine transport apparel so that cyclists can keep up in safety with drivers. While there’s a danger that more intuitive signalling and braking systems could encourage less experienced cyclists to take to the roads, inventions like this one could also help to build the confidence and experience of these cyclists, and makes a rudimentary product more sophisticated.

Digital: A kit which takes the embarrassment out of sexual health tests 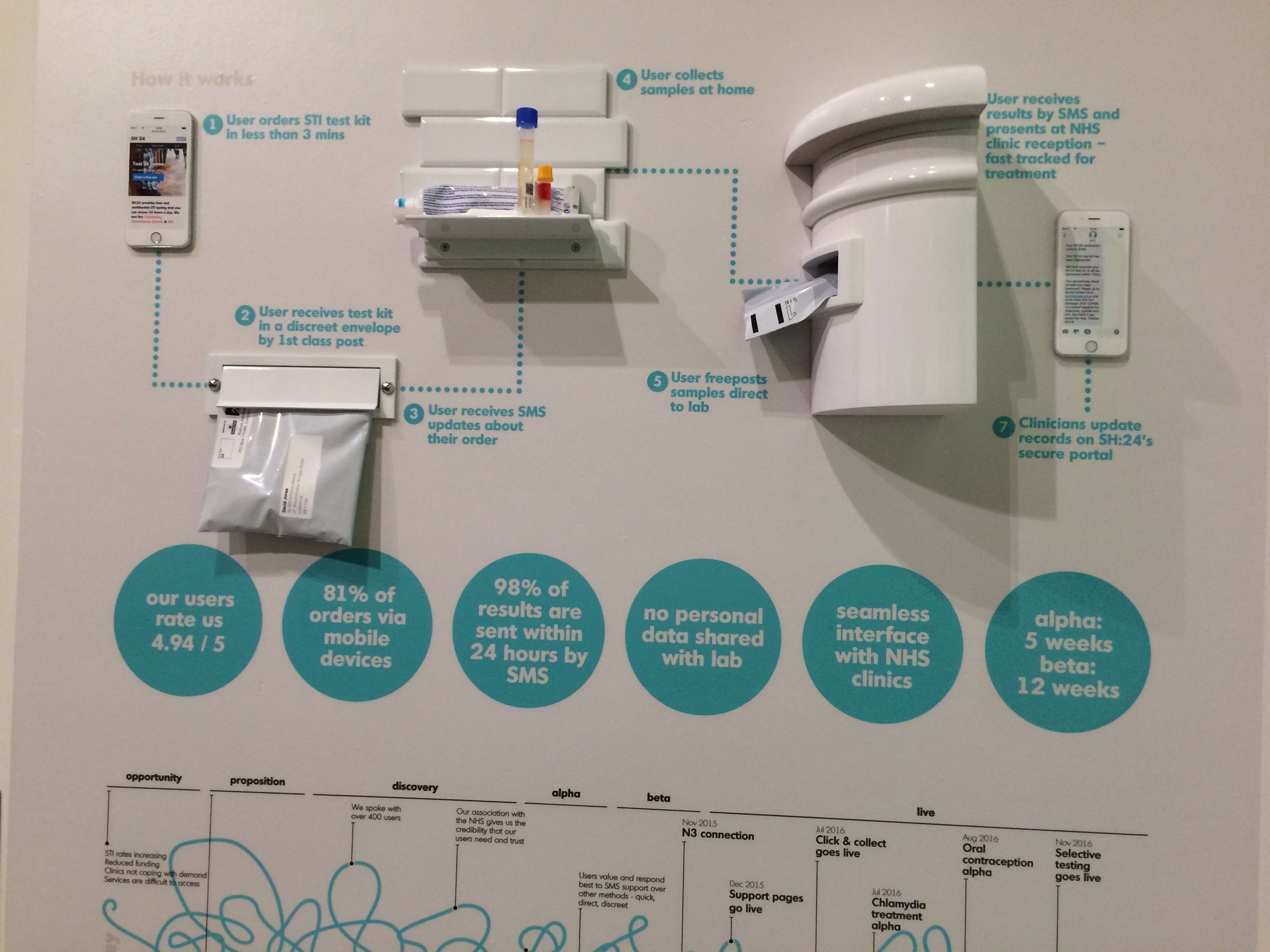 Sexual health is a topic many find excruciating to discuss over the phone with a GP receptionist, let alone go into a clinic in person. SH:24 is a new digital sexual health testing kit and process, which has been designed to be as cringe-avoiding for the user as possible. Users complete an online assessment, then if necessary receive a self-test kit to complete at home then post back. They receive results from the service via text message, and if they need to go into a clinic, can discreetly show the receptionist a text message. An app can of course never replace medical advice and treatment – but this intuitive system provides a way for people to communicate worries and concerns, and could encourage the public to test themselves regularly without fear of embarrassment or stigma. SH: 24 has been designed by a team of service designers, led by founding director Gillian Holsworth and Chris Howroyd. 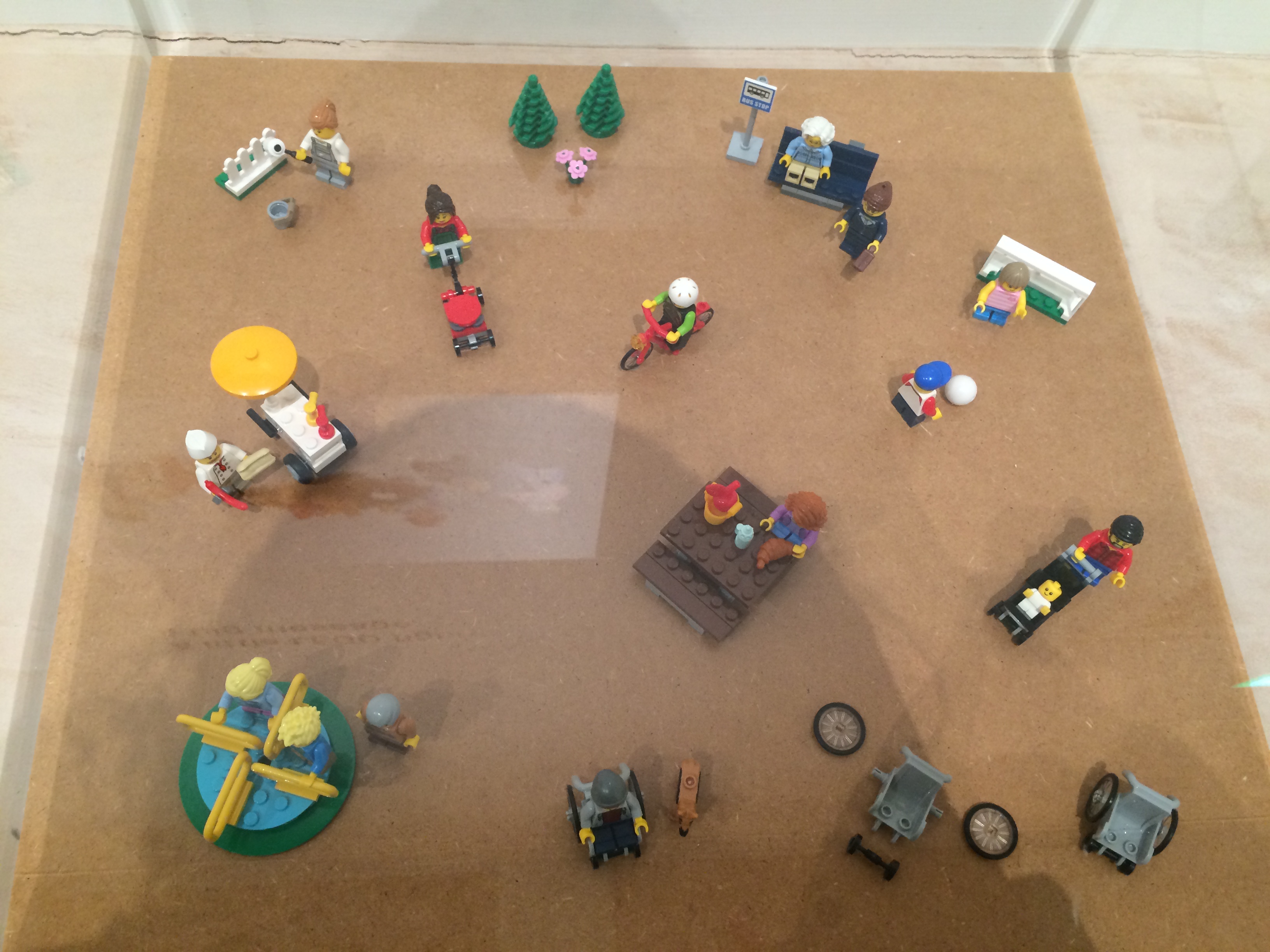 Lego is a childhood favourite toy – but like many other kids’ toys, it perpetuates outdated gender stereotypes and doesn’t include people from all walks of life. So the company has designed the City Fun in the Park set, which aims to challenge this preconception by representing people not often conveyed in conventional ideas of family. Small figures such as a boy in a wheelchair and a man pushing a pram will hopefully go a small way in teaching children from a young age about a more inclusive and diverse society, which doesn’t centre around the stereotypes. While it’s not as directly impactful as some of the larger-scale projects in the exhibition, it goes a small way towards teaching young people about tolerance and empathy. The set does, however, seem to lack ethnic diversity – so we’re hoping Lego will make sure this is also taken into consideration, should it go to market. 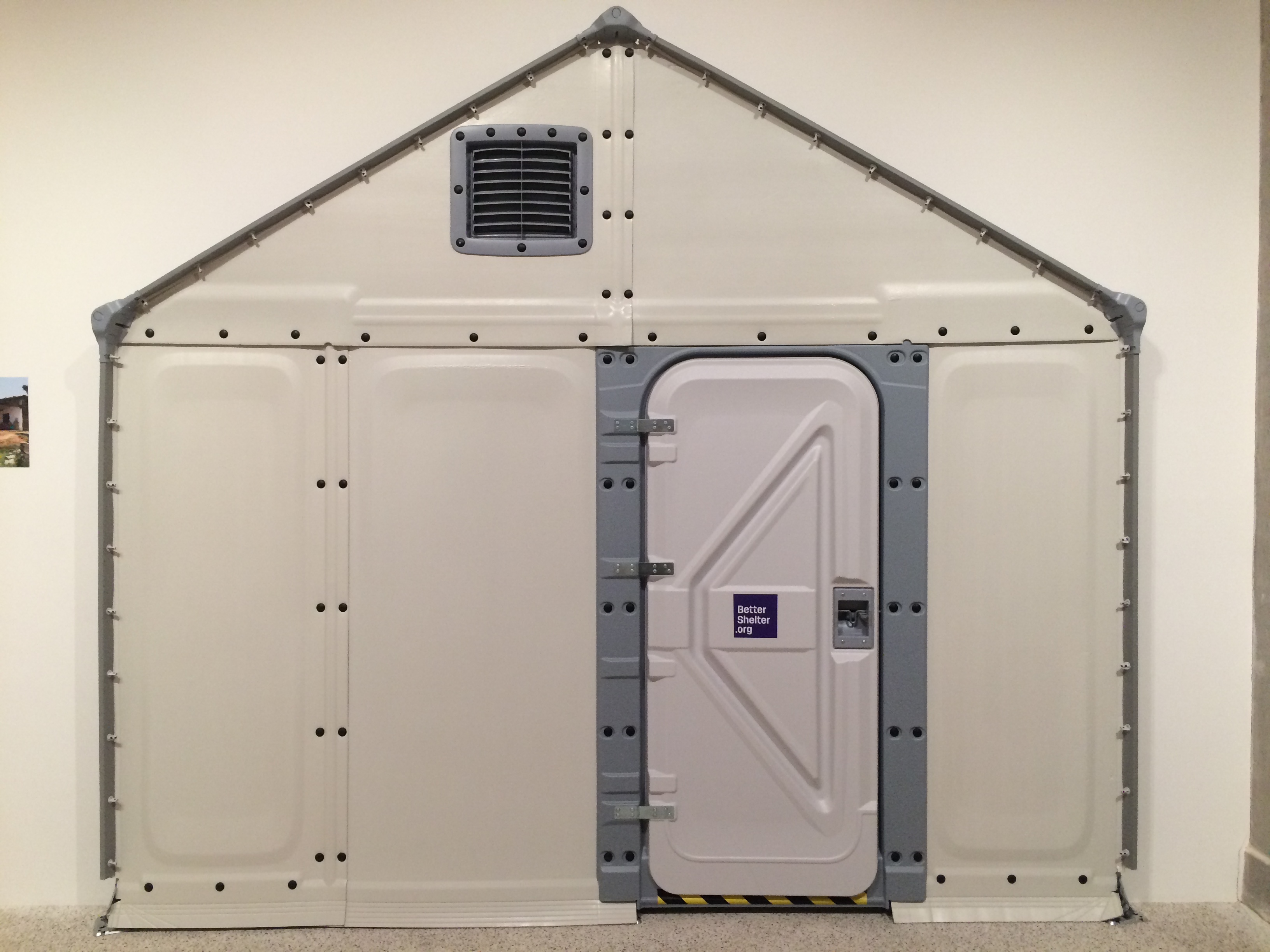 The Better Shelter is no doubt one of the most talked-about designs of the year. Its flat-pack, lightweight design, made in partnership with the Ikea Foundation and the UN Refugee Agency, offers an alternative to the vulnerable, penetrable tents used in refugee camps. It is modular and can be easily dismantled, moved and reassembled to adapt to different areas, and goes a step further in providing displaced people with a more humanised, house-like living environment. Proven to be a successful design project, thousands of Better Shelters are already acting as temporary homes, medical centres and food distributions points in Africa, Asia, Europe and the Middle East. The exhibition assigns the entry pride of place, with a fully erected shelter taking over one of the back walls of the space.

The Beazley Designs of the Year exhibition is a broad collection of surprising, ingenious ideas – but in its ninth year, the show goes a step further in making design accessible for all. Throwing aside the tradition of purely discipline-based projects, the exhibition is an exploration of the breadth of ideas which constitute design, and the breadth of people who contribute towards creating them. While the themes are pretty subjective, this doesn’t matter – visitors have free reign to explore the space, and vote for their favourite designs at the end of the exhibition. Contributing to the new Design Museum’s wider message, the show encourages the idea that the visitor – or consumer’s – role in design is just as important as that of the designer.

The Beazley Designs of the Year exhibition will run until 19 February 2017 at the Design Museum, 224-238 Kensington High Street, Kensington, London W8 6AG. Tickets are £10 for adults, and £7.50 concessions. Winners will be announced in January. For more information, head here.

Apple reveals it could be developing a self-driving car