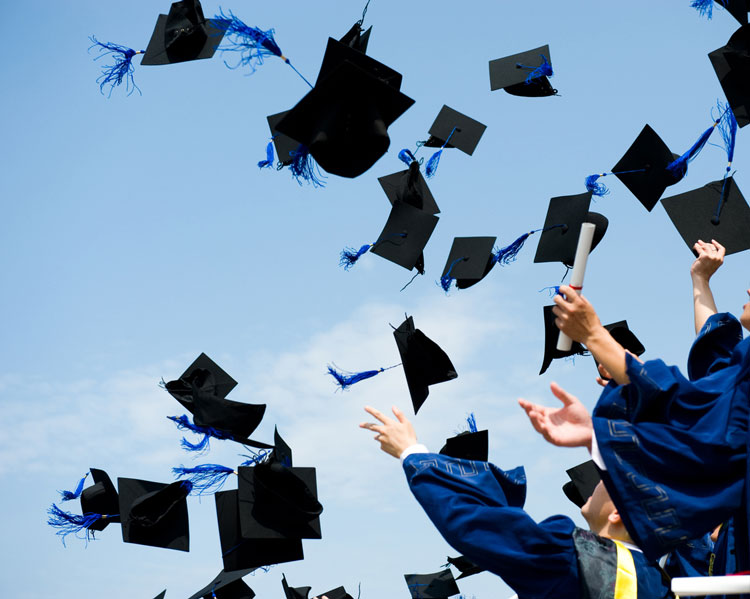 Fewer British students want to take art and design university courses in the UK compared to last year, but more students from Europe and overseas want to.

The latest university application figures were released by the Universities and Colleges Admissions Service (UCAS) this week, and revealed how many students had applied so far to start university courses this coming September.

The figures showed that the subject group Creative Arts and Design – which includes courses in design, fine art, music and drama – received roughly 225,000 applications this year, a 2% drop of 5,000 applications compared to 2017.

However, the number of non-British students applying for these courses increased. Nearly 2,500 more international students applied this year compared to 2017, an increase of 15%, and 1,000 more European Union (EU) citizens, a rise of 6%.

Applications to creative university courses have been dropping overall since 2010. This year’s figure of 225,000 applications is the lowest the subject group has seen in 10 years.

It is no surprise that there has been an overall decline in the number of students choosing to take creative subjects over the last 10 years, given the Conservative Government’s focus on science and technology.

The Tories introduced the English Baccalaureate (EBacc) qualification in 2010, a new way to measure how GCSE students were doing in “core” subjects. It was brought in by former education secretary Michael Gove, in a bid to tackle the falling number of students taking “proper” subjects such as science and languages, according to The Telegraph.

The qualification requires school students to take GCSEs in English literature, English language, maths, double science, a language and history or geography, taking up seven subject spots. The number of GCSEs that students take depends on their school, but it tends to be between eight and 10 in total.

The Conservatives have announced that they plan to make the EBacc compulsory for all students by 2020.

Organisations such as the Creative Industries Federation and campaigners have lobbied against this initiative, saying it leaves “no room” for art and design, and devalues creativity.

University lecturers have gone on to say that this attitude filters through to students, who are now avoiding the “risky choice” of creative courses as university fees have increased.

This rhetoric is also mirrored by the Government’s focus on science, technology, engineering and maths (STEM) skills in its recent industrial strategies, as well as the new make-up of the Department for Digital, Culture, Media and Sport (DCMS), which has placed greater emphasis on digital tech and the roll-out of 5G internet networks than on art and culture.

Last-minute rush to secure a right to stay in the UK?

But the sudden rise in the number of EU and international students applying for creative courses in the UK is interesting, especially given the uncertainty of Brexit.

Since the Brexit vote in June 2016, the UK underwent a year of huge uncertainty as the Government had not made the rights of EU citizens clear.

The Government has since clarified this, stating that foreign citizens who arrive before 29 March 2019 – when the UK is officially due to leave the EU – are entitled to stay for five years, and can also apply to stay permanently if they wish.

Prime minister Theresa May has made it clear the same rules will not apply to those who arrive after March 2019, and that there “[has] to be a difference” between those arriving after the UK leaves and those who came before.

The sharp rise in EU and international applications could be a last-minute rush on students’ parts to secure places at British universities before the UK leaves the EU, and therefore secure their right to stay for at least the short-term future.

It is also interesting that European and international citizens still see the UK as a desirable location to study. This contrasts with general feelings that were fostered after Brexit, such as EU citizens no longer feeling welcome in the UK.

Research conducted by Design Week’s parent company Centaur Media earlier this year also found that two thirds of marketing and creative professionals from the EU were considering leaving the UK after Brexit.

Despite this, students seem willing to take the chance. Alistair Jarvis, CEO at Universities UK, says: “The increase in international applications shows that the UK remains one of the most attractive destinations in the world for talented, international students.”

The most influential female designers of the last century