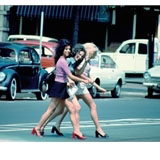 European photography has often struggled to get the recognition it deserves. Ed Barber previews a Barbican exhibition that seeks to provide the first overview of this field, tempering familiar greats with some obscure unknowns

Not so long ago anthologies of photography were dominated by the work of American photographers and the writings of American historians. After all, photography was the expressive medium of choice in 20th-century America. It was used to record and celebrate the movement west across North America in the 19th century. Americans embraced photography wholeheartedly. Prints were collected; galleries and museums took photography seriously from the start.

Here in the UK, attitudes to photography have been less enlightened and far less positive. It has taken a lot of hard work by photohistorians, archivists, collectors, curators and academics to shift the perception that photography was somehow not worthy of serious consideration as an art form.

Now that digital imaging has democratised the medium, committed photographers have to work even harder to get attention and to produce work that is different, more challenging, socially engaged and conceptually driven than the vast quantities of images being generated by people everywhere every day. Nowadays everybody can be an image-maker, but ultimately it will always be about ideas.

The Barbican Art Gallery has always been strong on idea-based exhibitions – its latest photographic show, In the Face of History/ European Photographers in the 20th Century, is no exception. It is a timely reminder of a world before digital imaging took over and we descended into celebrity obsession and surveillance terrorism. The exhibition claims to be ‘both chronological and thematic, offering a unique perspective on a century seen through the eyes of Europe’s greatest photographers’ in a show that is apparently the first ever to chart the history of European photography in the past 100 years. It’s an ambitious undertaking. 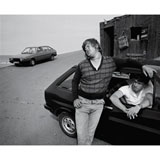 The curators, Kate Bush and Mark Sladen, define the work selected as ‘subjective documentary’ characterised by an intense closeness between the photographer and their subject. This is currently a popular premise for photographic gallery artists and students alike. It is an approach that all too often produces tedious photographic navel-gazing rather than highly engaged intimate imagery.

The exhibition has four sections: At the Brink 1900-1939; Second World War 1939-1945; East and West: Cold War 1949-1985; and The End of History 1989-2005. Looking at the roll call of photographers, it soon becomes clear that there is some heavy-duty curatorial referencing going on here – the big and familiar names mixed in a cocktail with the obscure, the exotic and the undiscovered. And it is the unknowns, of course, who give the show some cultural edge, persuading us that it will not be falling into the usual trap of lazy curation.

The inclusion of André Kertész’s less seen images, Robert Doisneau’s wartime Paris, Josef Sudek’s intimate landscapes and portraits, Eugène Atget’s Parisian street scenes and Brassaï’s nocturnal Paris provide the familiar blockbuster names that will help to bring a much-deserved audience to this exhibition – even though they do tend to put a strong emphasis on Paris.

Intercut with the familiar names are the likes of Henryk Ross – who was an official photographer and produced some frightening images of the Jewish ghetto at Lodz, Poland – that sit well next to Emmy Andriesse’s wonderfully articulate pictures of war-torn Amsterdam.

Ed van der Elsken’s technicolor images from the 1960s and 1970s are juxtaposed with Boris Mikhailov’s fascinating yet depressing Red grabshot series. Back in Paris (yet again) Christer Strömholm shows us a remarkable series of portraits of transsexuals from the 1950s, while Anders Petersen’s Café Lehmitz chronicles the lives of prostitutes and addicts in 1970s Hamburg. Viktor Koláﬁ’s Ostrava street shots show us his hometown in Czechoslovakia during the 1970s and 1980s.

We see personal histories in the projected images of Annelies Strba’s family and in Seiichi Furuya’s poignant images of his wife in the years leading up to her tragic suicide. Meanwhile, in Margaret Thatcher’s Britain, Chris Killip was busy recording another country in the post-industrial wasteland of the North East. Then, finally, we are subjected to Wolfgang Tillmans and his oh-so-casual-but-knowing snapshot aesthetic.

There is, however, a strange perversity to the edit – curious omissions, such as August Sander. It is puzzling that a photographer, who was so committed to photographing the people in his community and whose work has influenced generations of documentary photographers, is not represented. Perhaps his work is too familiar and would put some of the images selected in the shade. Or is the curators’ take on the humanist school intended to stir up a certain amount of debate and controversy? 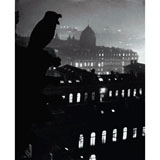 Epic in scale, superficially impressive, with a questionable choice of photographers, In the Face of History is a brave attempt to do something different. Ultimately, it promises more than it delivers. Go and see it anyway, if only to relish some of the unseen and lesser-known work. Who knows, in a world where celebrity rules, there may not be many opportunities in the future to see shows like this one, which are content-driven and use a narrative structure to provide a new context for the photographs.

In the Face of History: European Photographers in the 20th Century at the Barbican Art Gallery runs from 13 October 2006 to 28 January 2007.