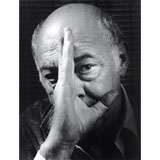 In the passing of Alan Fletcher, Britain lost one of its most inspiring designers. Mike Dempsey and others pay tribute to the brilliant mind

I got to know Alan Fletcher rather late in my life. We were both members of the Faculty of Royal Designers for Industry and it was through this connection that I obtained an insight into the man whose work I had admired for as long as I can remember.

At faculty meetings, when those around him might be overly pontificating about a point, Alan would always cut right to the chase, exactly like the immediacy of his work.

To some, Alan could come across as a rather fearsome, almost grouchy individual, a view accentuated by his gravely blunt voice. But at heart he was the most enthusiastic person you could possibly meet, with a generosity of spirit that would manifest itself in giving advice, donating time for a good cause or just commenting on a topic of mutual interest.

Some years ago I wrote a feature series for this magazine. It went under the title of Heroes. Alan was at the top of my list, but I delayed seeing him until I’d got a half dozen interviews under my belt. Alan, I felt, had been written about, photographed and interviewed so many times that I was inhibited about what I could bring to light about this particular hero. In the event, and because the meeting took place at his home, I was able to reveal something of the private man that perhaps hadn’t been captured before.

The following extract from the feature (DW 21 November 2002), which on re-reading I now find very touching, shows a loving grandfather at work. What becomes clear by the end of this little story is that Alan was the eternal child, fuelled by curiosity and delight.

‘…While on holiday in Crete with his wife Paola, daughter Raffaella and his young grandson Tobias, he was given the task of amusing the youngster while the ladies went on a shopping trip. Fletcher, who admitted that he is not particularly good in these situations, sat looking at his grandson. The boy clearly had a lot of energy to burn up. Fletcher set his mind to work and instructed Tobias to rummage through the waste bin, cupboard and drawers to find any old boxes, corks, bottle tops and string, because grandad was going to make a him a zoo. 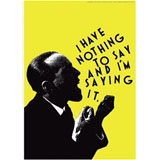 ‘Half an hour later the first few animals were born. Working rapidly with glue and scissors, Fletcher found himself engrossed in this process, so much so that he kept steering his young charge’s sticky hands away from what was now becoming Fletcher’s own array of animals. Feeling a little guilty, he had an idea. “OK Tobias,” he said, “I want you to think about this very carefully. You have to give names and sounds to all these animals.” This seemed to do the trick and during the course of the day an impressive collection of coloured creatures came to life. Tobias never actually got to keep them because Fletcher liked them so much.’

A year later, those little animals were accepted for inclusion in the Royal Academy Summer Exhibition.

In an age dominated by instant celebrity, it was a real privilege to have known a true talent who was totally oblivious to his own stature. We’ll all miss him greatly.

Mike Dempsey, Master of the Faculty of Royal Designers for Industry and chairman and founding partner, CDT Design

Alan was always a success, always so loved and admired, but perhaps we never really understood just how good he was. That sense of no-nonsense, granite-like integrity about him served, perhaps, to distract from the fact the he had depth as well as brilliance of a kind that you don’t always expect to find in pragmatic London.

Being with Alan you couldn’t help learning. Not just about design. Just about everything. Client relations. Company structure. Creativity. ‘Cerebral acrobatics’ – his term. He was a deft wordsmith. Asked to define design, he replied ‘a mental utensil’. To appreciate it in use, study his ‘Art Of Looking Sideways’. A wondrous achievement and a permanent legacy.

Alan embodied everything you dream graphic design to be. Losing this great, generous, inspirational spirit is like having the oxygen turned off. He helped pick me up from some of the lowest points in my life. He also gave me some of the highest.

At my age, losing someone like Alan is a very personal reminder that nothing is permanent. And being surrounded by 32-year-old know-all MBAs makes me miss Alan, his generosity and his refusal to compromise even more.

I can’t absorb that Alan has left us. From the very beginning of my life as a designer he was a huge inspiration to me. He always will be. It was not just that he could ‘see’ in a more active way than most people, it was the enormous generosity of spirit with which he shared his way of seeing, and the wit and creativity with which he expressed it. He was a bastion of creativity in a world where much of design is becoming a process and a political arena producing mediocrity. Even more than through his work, his style and way of life were the epitome of generosity. For those of us fortunate enough to know him and his family, and to experience the warmth of their extraordinary hospitality, the world seems like a colder, darker and less playful place today. But not for long. Anyone remembering Alan or looking at anything from his huge body of work will delight in his creations and feel their spirits rise. Whatever their project may be, Alan will inspire their creativity to celebrate the wit and joy of life. 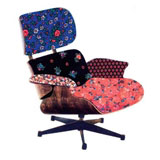 Alan is unforgettable. When I knew him, and worked alongside him at Pentagram, he was a gruff 53-year-old. He wore a bright red jacket and a wide-brimmed Amish hat. Everything he said in his deep bass voice was either insightful (and took you a moment or two to fully absorb), or wry and funny. He was equally happy not to speak at all. He seemed to know everything. Clients adored him for his inexhaustible patience in doing a great job on their behalf. His contemporaries adored him because he was generous and humble and charming, and told wonderful stories. We young designers adored him because he had lovely ideas really quickly, and worked and worked and worked at them until they were great. He said this: ‘Most people can’t see with any acuity. Their eyes skid over things, they are probably missing 90 per cent of the pleasure to be got of things because they don’t really see anything.’ Alan saw 100 per cent.