The Designers in Residence 2015 exhibition opens this week, showcasing four designers’ takes on the topic of migration.

The yearly exhibition takes place at the Design Museum, and aims to offer emerging designers an opportunity to develop “new ways of developing their practice”, giving their final pieces gallery space within the museum.

In its eighth year, the 2015 brief was to respond to the theme of migration, through demonstrating objects or processes implying movement or transition, or the shifting or “cross-fertilising” of cultures, says Design Museum director, Deyan Sudjic.

The 2015 Designers in Residence are architectural designer Chris Green, product designer Stephanie Hornig, social designer Hefin Jones and fashion designer Alexa Pollmann. Margaret Cubbage, curator of the exhibition, says that the biggest strength of this year’s show is its “diversity”.

“Each one responds to the theme in such a different way, which shows that design can be anything from the abstract to the functional,” she says. “It’s not just the design of things, it’s the presentation of ideas – it questions what design can be.”

She adds that the idea of “cross-fertilisation” also refers to the range of disciplines tackled by this year’s designers. “We were also keen to look at the cross-fertilisation of disciplines, and how they’re not so clearly defined anymore,” she says. “The designers we chose are not working within one field – they tend to collaborate and work in different capacities.”

Drones
A City in the Sky 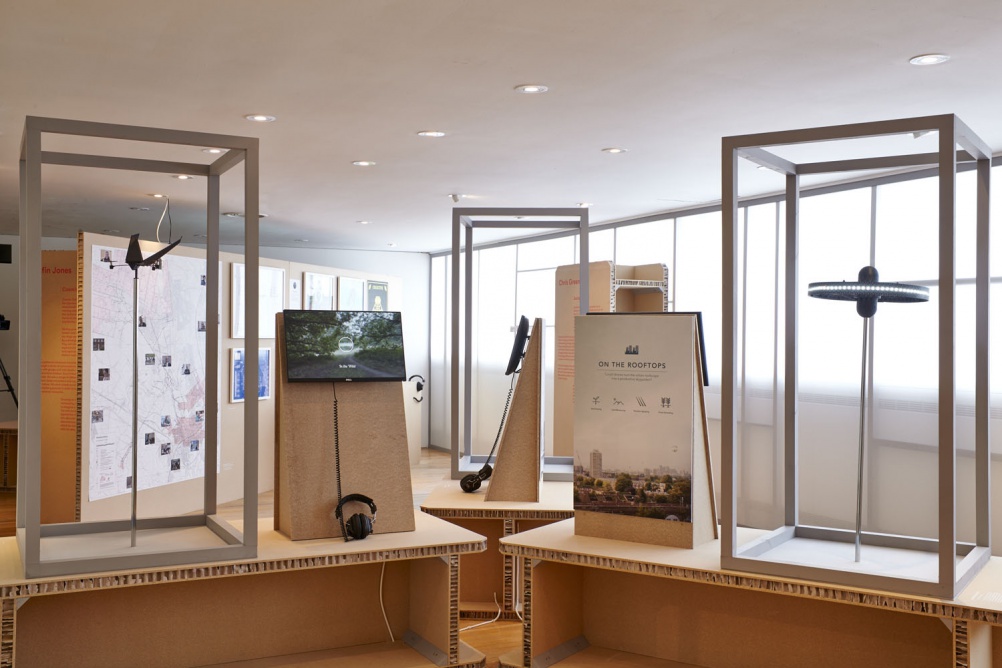 Chris Green has looked at the future use of drones as part of urban environments. His project considers their design, autonomy and how they could be integrated into every day life to “rewire the future city”. “Chris didn’t just look at the programming of the city, but also the design of the drones themselves, stretching from architectural design to product design,” says Cubbage. 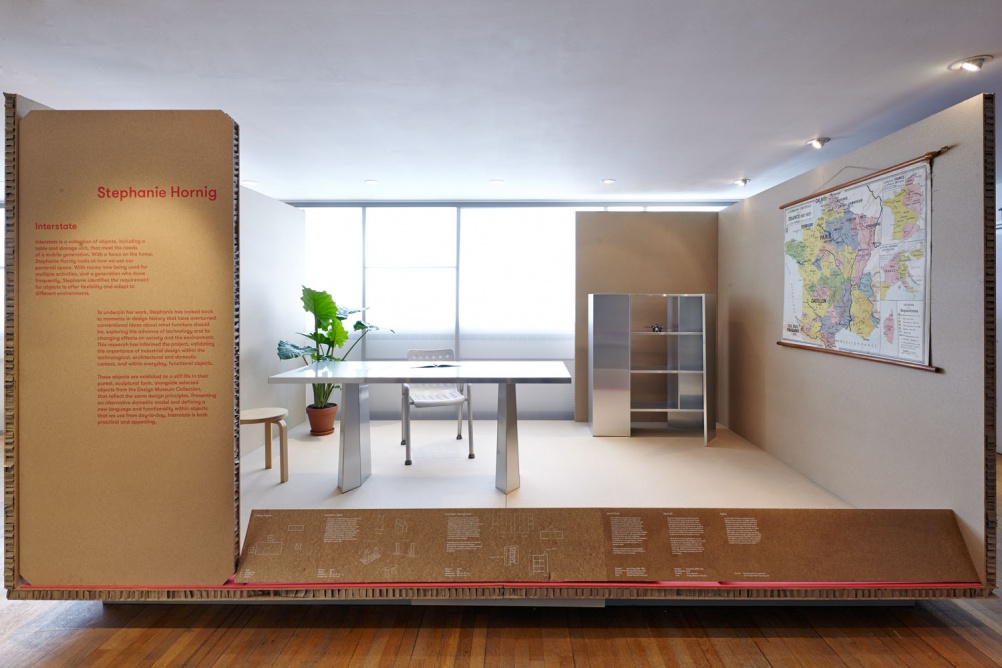 Stephanie Hornig has “transformed” the purpose of domestic furniture by designing objects with light materials that can be adapted to different every day uses. She examines “increasingly compact and flexible” living/work environments and how furniture needs to adapt to accommodate to that. 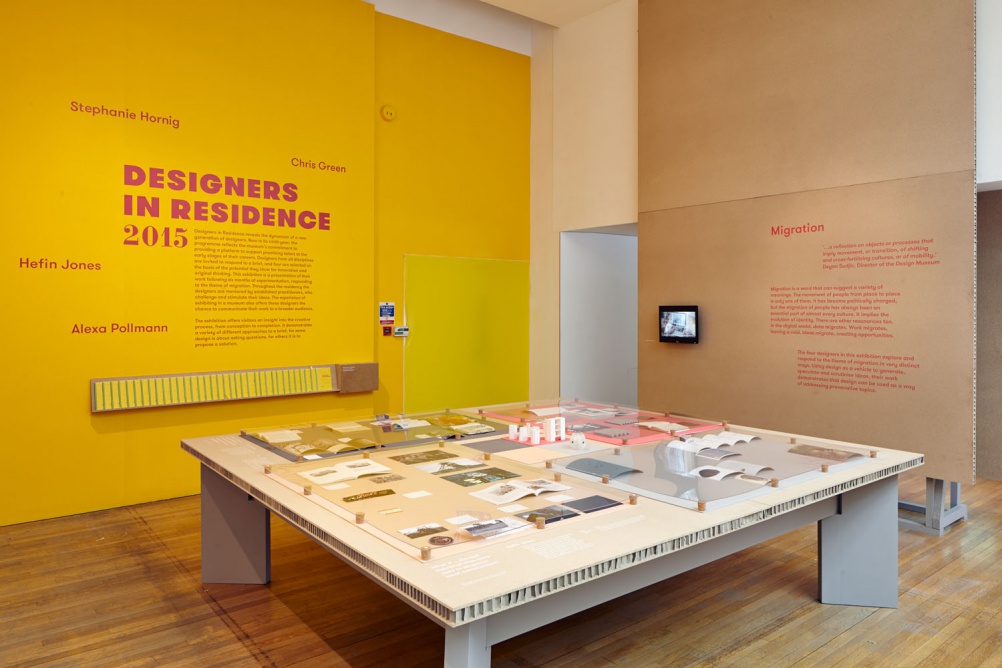 Hefin Jones has collaborated with ex-mining communities and towns in Wales to rethink cultural roles, and look at how they might play a part in space travel in the future. He has demonstrated this future vision through creating conceptual documents, films and photographs, which look at the “potential tensions and aspirations” of this new perspective. Jones, who has a background in service design, developed an approach called “participatory speculation” to engage people with his concept, says Cubbage. “This approach encouraged people to consider the opportunity, through the use of material design to engage – collaboration was a key part of the process,” she says. 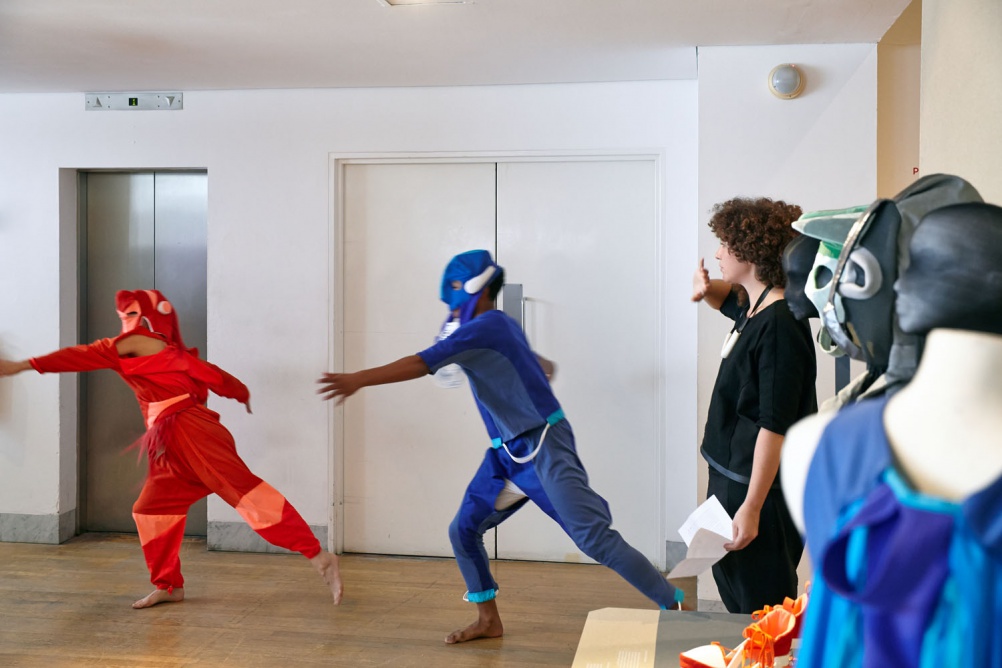 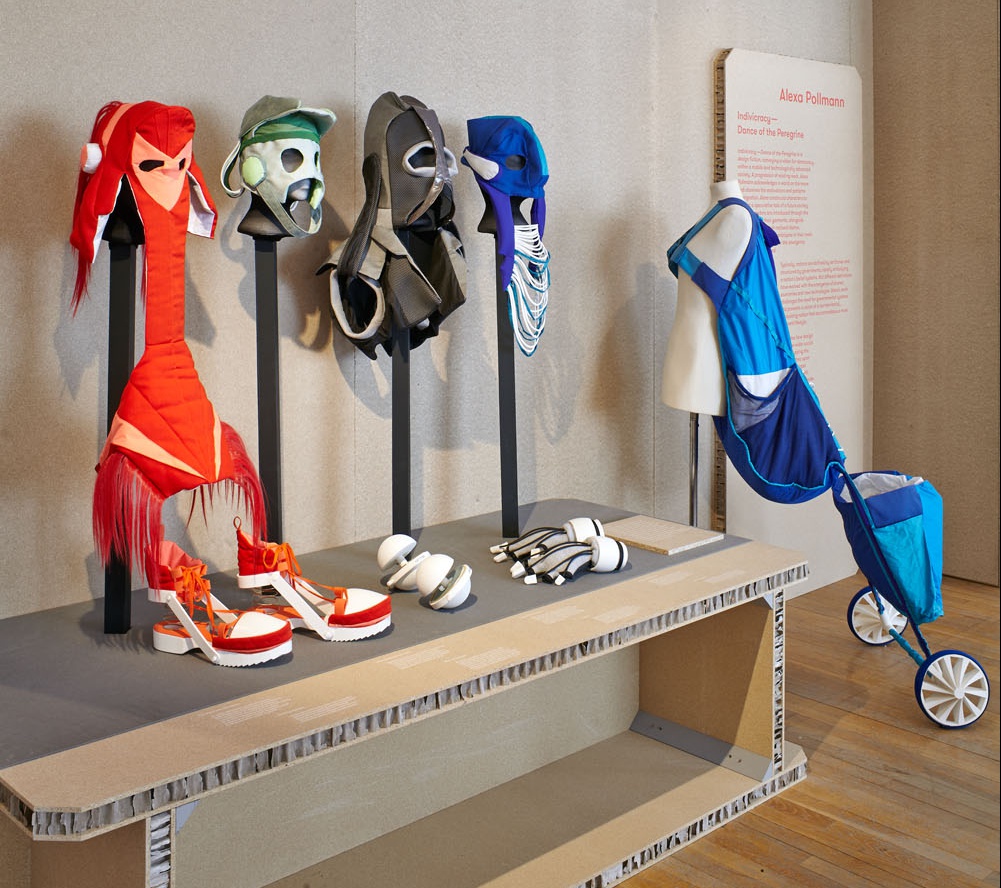 Alexa Pollmann has created a political, immersive dance installation, which imagines a society with a “radically transformed, non-territorial” democracy. With a history in fashion design, she has created new clothes that represent a “national costume”. “She uses garments as a tool to tell her story, while collaborating with choreography to present the tale of these cultures,” says Cubbage.

Cubbage adds that the designers have given a new perspective to the topic of migration with their installations. “There are quite negative connotations associated with the term ‘migration’,” she says. “These really challenge that and looks more at the topic in a broader sense. Every single piece is rich in terms of the content and the way the designers have interrogated the theme.”

Alongside the exhibition, the Designers in Residence programmes offers talks and events, which aim to allow the designers to interact with the public and develop their concept ideas. Previous designers in residence include Asif Khan, Bethan Laura Wood and Giles Miller.

Should the Circle Line be replaced with a giant travelator?