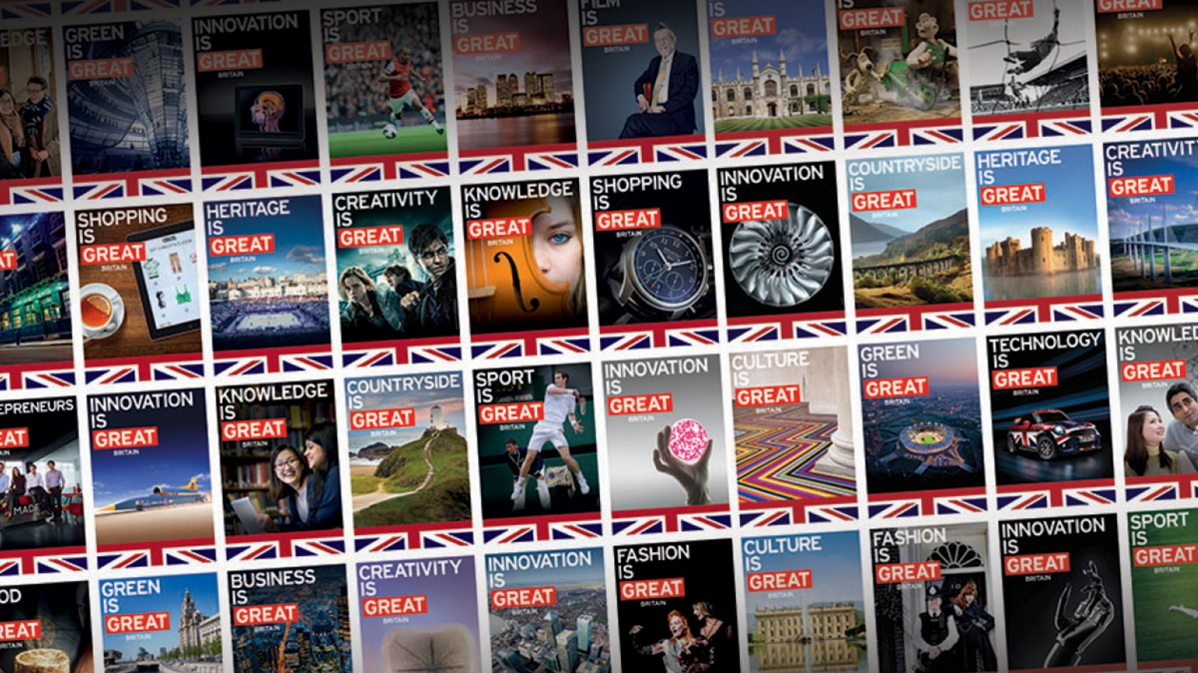 The GREAT Britain campaign, designed for the British government by Radley Yeldar, has won the top prize at this year’s Design Business Association Design Effectiveness Awards.

According to the award entry, the campaign – which launched in 2011 – has delivered a £1.2 billion direct return to the UK economy.

It has also resulted in a 16% uplift in intention to both invest and visit the UK, while procurement of domestic products and services is up 12%.

Radley Yeldar says of the campaign, which was initially created by Mother, “Originally conceived as a short-term advertising campaign, GREAT had the potential to become a strong brand that could be used by a wide range of government departments, private and public partnerships.

“We created a new brand strategy and framework for GREAT, codifying this into comprehensive guidelines that could be used internationally.

“Having defined the new brand principles and assets, we gave it expression across an ever-evolving range of applications and opportunities, from films to vehicle liveries, large-scale advertising campaigns, and press executions around the world.”

The DBA says: “The judges felt it was an ambitious design solution, which really stood out because of its complexity and ability to connect many areas of government and business from several countries around the world to promote Britain as a visitor attraction and investment proposition.”

The campaign was awarded the Grand Prix at the DEA ceremony.

There were also 19 Gold Awards, 21 Silver Awards and 21 Bronze Awards.

Among the Gold winners were designs for the Twinings Signature Blends range, by BrandOpus, Wyevale Garden Centres interiors, by Kiwi & Pom, and The Allotment’s rebrand of haulage company White Logistics, which also won the 2012 Design Week Awards Best of Show prize.

“Design is a competitive advantage”

During her speech at the awards, DBA chief executive Deborah Dawton said: “These companies know that the closer design gets to the heart of business, the broader and deeper the impact can be.

“They know that design is competitive advantage,” she said.

Design Council to work on policy for European Commission