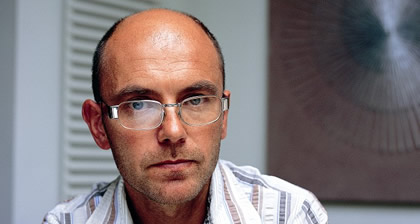 Blackburn is Open is a new initiative which has set out to ‘wage a war’ on empty shops in Blackburn, Lancashire, by inviting industrious designers, craftspeople, makers and artists to set up businesses in premises offered at discounted rates. It is being supported from a new town-centre hub, and a programme of events, festivals, markets, and temporary cinema are planned. The scheme, set up by Blackburn and Darwen Council, with Wayne Hemingway at the helm as creative director, will also try and put a stop to young talented people leaving to find work in other towns and cities. Hemingway, who grew up in Blackburn, is engaged in a number of revival projects in post-industrial and seaside towns. Here he tells us about his vision.

Design Week: How did Blackburn is Open come about?

Wayne Hemingway: Blackburn Council had read about my ideas on town centres of the future not being about shoehorning retail into every space, but instead making them a place for everyday life – places to meet, places for human interaction and not just opening your purse – so they approached me. Then I started to think about “What does Blackburn mean”. Arte Labore was written on my school badge, it’s on the council building and the Blackburn Rovers crest. It means ‘through skill and hardwork’ and is the attitude of a lot of people I know in Blackburn. It’s become the manifesto behind the project. Trades and crafts were once in the centre of any town and that’s where they should be again to maintain vibrant and living town centres. Blackburn is a town of making and manufacturing with around 25 per cent of jobs in the manufacturing sector – that’s over twice the national average and a fact that can really help the town prosper as Made in Britain continues to grow. To keep this making tradition in full view of the citizens of Blackburn as they go about their daily business has to be a positive thing and can inspire a new generation.

DW: What kind of people and businesses do you hope the scheme will attract?

WH: Everybody is talking about creative-led regeneration and the creative economy is genuinely creating jobs but not every town can have a ton of artists. The shops could be given over to people who fix bikes or photographers; people who are making things and want to be visible, people who want to get stuck in and do things that will inspire young people. For example there’s a girl who’s set up in one of the shops who’s a taxidermist. She’s started doing classes and they’re already sold out.

DW: You made a point in a radio interview the other day that when you and Gerardine started out with a market stall in Camden, London, rent was a fraction of what they are now, and that very often nowadays, makers and designers are priced out of places they’d like to do business. What do you make of this situation?

WH: Well, it was six quid in Camden for us back then. You were able to have a go at zero risk. Now show me a place in a high traffic area that wouldn’t hurt the pocket. Most places have been discovered. It’s very difficult. We’re almost looking to engineer that backwards. Although the ultimate solution for some high-streets is for land values to be reduced.

DW: It seems that initiatives like Blackburn is Open have a dual purpose, stopping the creative brain drain to other cities, and giving designers a fighting chance – as well as having a positive effect on the local economy. Are these the main reasons you’ve got behind this project?

WH: Also because the Council is open to ideas, to experimenting and getting the community involved. We’re going to try things, and even if we don’t pull it off, we’ll have a good go. Margate Council have a similar attitude. I meet creative people all the time who come from Blackburn and they are some of the most hard working and talented people you could wish to meet. We have the ‘big hitters’ like the acclaimed film director Michael Winterbottom and the director of The Manchester International Festival, Christine Cort, but also a small army of Blackburnians making a difference up and down the UK. Blackburn has always been bursting with talent and we want to do all we can to support this and let people know Blackburn is Open to them. 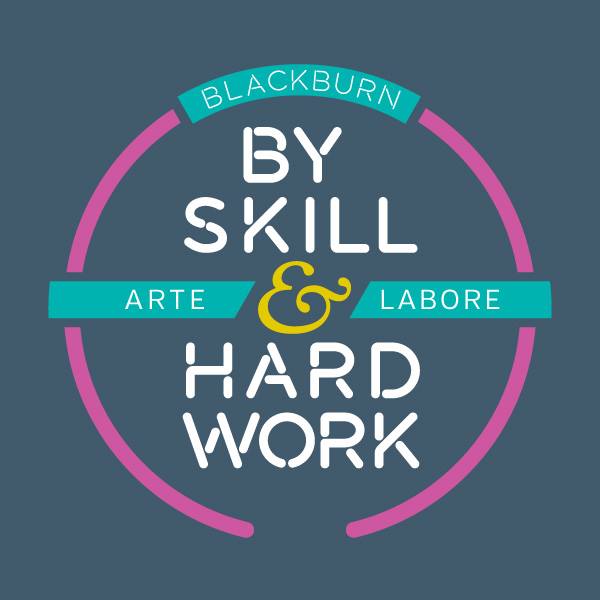 DW: It sounds like you are confident and you think there’s a market for the scheme in Blackburn. Also you opened your first Red or Dead shop in Blackburn in 1982. Does your experience give you confidence that it’s possible for small creative businesses to succeed in post-industrial towns today?

WH: Imagine a town with a population the size of 150,000. It doesn’t have one hotel or restaurant, or chain shops, or a cinema. How can you have a population of that size that has to go elsewhere? That’s why it’s not a shot in the dark – it’s rooted in financial sense of the catchment is there.

DW: You’ve already worked with local designer Stephen Caton of Source Creative on the brand. Can you tell me a bit about the look of Blackburn is Open?

WH: Stephen is an absolute star – he’s shown so much passion and skill. And we’ve also worked with Graham and Brown for wallpaper design and Crown Paints [on the Blackburn is Open HQ]. It’s been a bit of a Jacob’s join; it’s a Lancashire phrase – when everybody brings different bits to the table.

DW: You’re working on relaunching the theme park Dreamland Margate for 2015, and you recently took your Vintage event to Morecambe, while Hemingway Design continues to be involved with housing regeneration projects. You’ve said before that the Hemingway Design philosophy  is ‘improving things that matter in life’. It seems like giving a leg up to regional towns is what matters to you most at the moment. Is it in area of work you’re going to be pursuing, and where’s next?

WH: Well the thing that’s interesting is that we won’t just have people working in the locale they’re from, there might be a chance to have them working in other places – maybe we’ll need to have neon made for Margate. But we’re not parachuting into towns or riding in on a white horse. With Margate for instance we mutually spotted each other. With some councils you’d be wasting your breath. It takes big teams of people to be on side to make things like this happen.