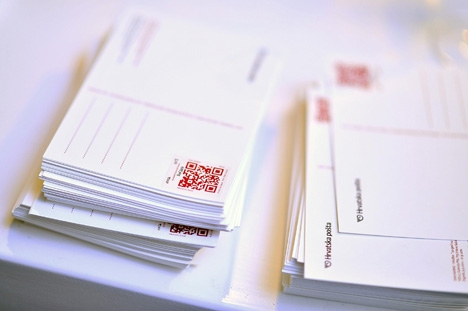 Croatian Post says its new QR code stamp will ‘turn the postal stamp into an interactive and informative tool, not just proof of payment of shipping’. Developed by Croatian digital consultancy Brlog and ad agency Bruketa & Zinic, the QR code allows recipients to track the journey their parcel has taken, as well as confirm delivery. Users can also add text, images, and other information to the QR code. Nicola Zinic, creative director at Bruketa & Zinic, says, ‘By choosing the QR code, we wanted to communicate that Croatia is a modern country, in step with global technological and communications achievements.’ He says the QR code has been coloured red ‘to tie it in with the Croatian visual identity’ 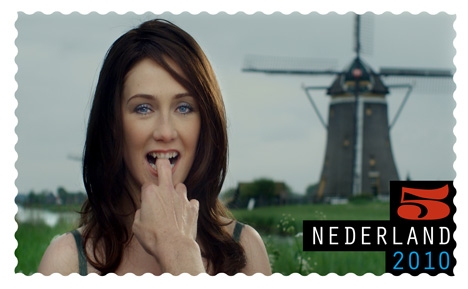 Lenticular stamps from The Netherlands

A number of postal services have used lenticular printing technologies in stamps, but probably the most notable example is ‘the world’s smallest film’ created by ad group Kessels Kramer and directed by Anton Corbijn. Released last year by Dutch postal service TNT, the rather off-the-wall movie – comprising 30 frames of film and lasting for one second – features Dutch acress Carice van Houten biting someone’s finger. Corbijn says he took inspiration from a 1951 stamp designed by Cas Oorthuys showing a Dutch girl posing in front of a windmill. More than 350 000 of the stamps were distributed by TNT. 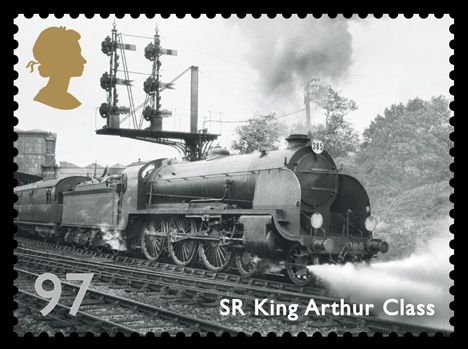 Augmented reality stamps from the UK

Last year Royal Mail launched a series of Great British Railway stamps, which on the surface look like normal stamps, but are actually the first-ever postage stamps issued with augmented reality technology. Designed by Delaney Design Consultants, the stamps themselves feature archive photography of classic British trains, but point your smartphone at them and they reveal a specially-commissioned film of Bernard Cribbins reading WH Auden’s poem The Night Mail (particularly alert readers will note that Cribbins played Mr Perks the station porter in the film version of The Railway Children). Royal Mail spokesman Philip Parker says, ‘This is the first time a national postal service has used this kind of technology on their stamps and we’re very excited to be bringing intelligent stamps to the nation’s post.’