If I had to pick two subjects guaranteed to make a stranger’s eyes glaze over, I probably couldn’t do better than pick ‘service design’ and ‘sustainability’ – try this at your next dinner party. How terribly middle class to ‘care’ about the environment and social good. Yet if, as is predicted, two billion Chinese and Indian consumers join the global middle class by 2030, we will all have to develop a healthy attitude to these contestable topics or else face the consequences.

I am not one of those doom and gloomsters that believe the good times are over. Rather, I think our only chance of a better future is to do things differently by deploying our collective creativity and ingenuity in radically more inventive and imaginative ways. The global market value of the low carbon and environmental goods and services sector was £3.2 trillion in 2009-10. It’s a big number, but that is put in perspective by the fact that the world’s total economy is valued at $75 trillion. Frankly, all businesses will need to innovate rapidly and fundamentally change if we are to prosper.

But what kind of opportunity does the future hold? The next generation of services could be very different from those of today, creating unboundaried, interdependent communities in which manufacturing and services combine to create the future of industry.

The choice used to be between First Direct and Natwest, or Ebay instead of Harrods. Now, co-produced peer-to-peer services are creating a vast grey market of services. Think ‘lift sharing’ instead of public transport, Airbnb instead of hotels, WhipCar instead of Avis.

An informal service economy is emerging in which different providers work together to deliver value through small-scale, bespoke solutions tailored to individuals’ needs, on demand. The rise of what is becoming known as ‘collaborative consumption’ promises not simply to let you have your cake, but to bake a cake together.

Sustainable goods and services are the biggest market opportunity on the planet, but did someone forget to tell designers this? Service design is still smallscale. Yet when Bruce Tether, professor of design and innovation at Imperial College London, examined the numbers, he estimated that we would need at least two million service designers to have a chance of meeting the demands that might arise if UK businesses collectively woke up and realised that service was something that should be designed.

For now, much of UK business just does not get it. A Design Council survey of 2009 showed that half of business respondents said their services had not changed their services at all in the past five years. According to Bill Hollins, of the University of Westminster, only one in five service sector companies has a written process for developing services.

So why has the take-up been so slow? Traditionally, ‘sustainable’ has been a proxy for ‘Green’, a one dimensional, single-issue campaign. And while sustainability has grown up, it has singularly failed to shake off its dowdy, earnest image.

If social and sustainable service design wants to get a next generation of designers behind it, it has to become sexy, fun and relevant. I prefer the term ‘radical efficiency’, rather than ‘sustainability’. The first feels fleet-footed and fun, the second sounds like a boring obligation. Yet both deliver the same results.

But in reality, for the designer a utopian or dystopian future matters little to sales. In fact, global economic meltdown and environmental degradation could trigger a great situation for design, as clients rush to reconfigure their poorly performing products and services. As the famous aphorism states, ‘Both optimists and pessimists contribute to our society. The optimist invents the airplane and the pessimist the parachute.’

While this may be true, I hope that, as a profession, we don’t become designosaurs but instead seize the opportunity to expand design’s influence and emerge stronger and more relevant than ever. 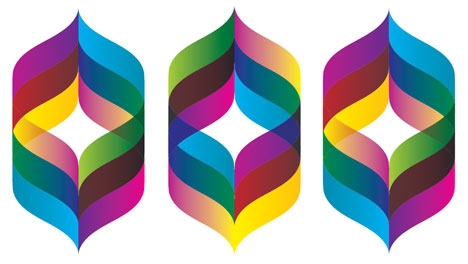