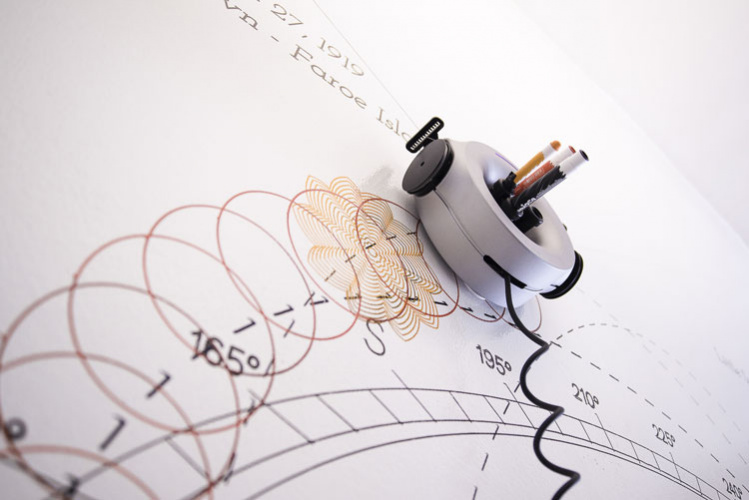 Scribit, the “write and erase” robot, sketches in-put designs onto vertical surfaces, from living room walls to canvases. According to the company, it “ushers in a new way of presenting digital content”.

The robot, designed by Italy-based studio Carlo Ratti Associati, can then erase the “personal home graffiti” so that users are able to “instantly reconfigure” a new image.

Now the robot, which is in mass production and has already been shipped to initial project backers, has teamed up with Little Sun, the solar project from artist and product designer Olafur Eliasson.

After users input a specific date, hour and location into an app connected to the robot, Scribit then draws a “custom sun path chart” on vertical surfaces.

The generated design is “a unique representation of the position of the sun in the sky at their chosen time and place.” 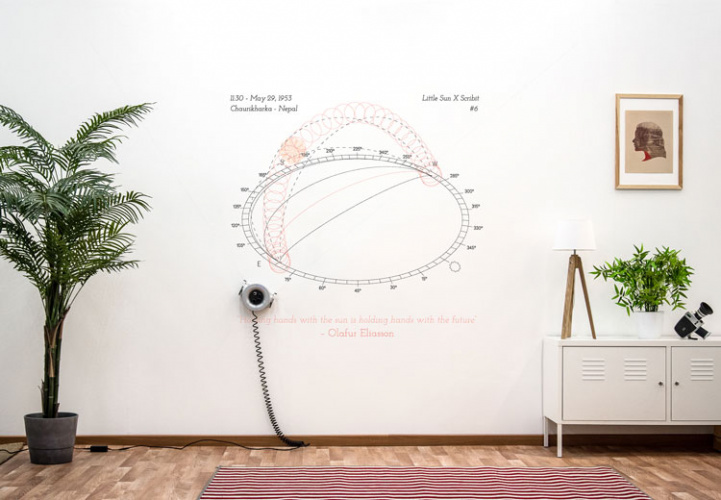 According to the company, “each sun path chart is part of something bigger – a visual, collective statement for climate action that reunites and connects people under the same sun.”

Users are able to “redefine the meaning and appearance time after time” and the company estimates it can reach thousands of people’s homes simultaneously.

Scribit hopes that the “ever-changing” designs could become the “world’s largest mosaic”.

It is the first part of a series, called Scribit Originals, which aims to bring drawings by artists, poets and designers into people’s homes.

The project was launched in 2012 at Tate Modern with the intention of bringing “affordable energy to the 1.1. billion people worldwide living without electricity”.

Eliasson says that Little Sun is a “response to our present situation”.

“Energy shortage and unequal energy distribution demand that we reconsider how our life-sustaining systems function,” he says.

Little Sun looks to “open up this urgent discussion from the perspective of art and to raise awareness about energy access and its unequal distribution”. 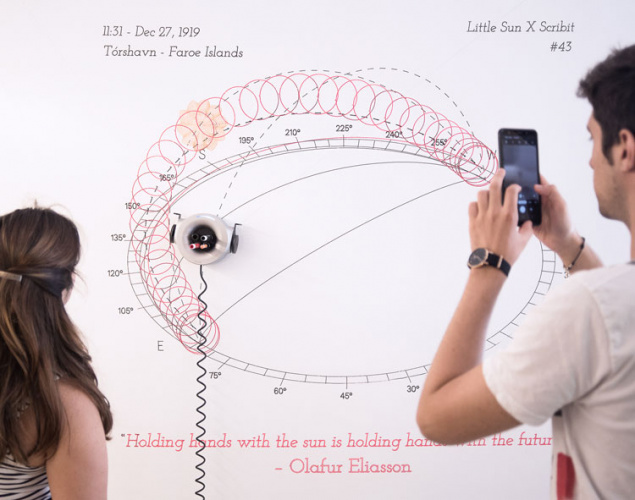 830,000 Little Sun lamps have since been distributed worldwide and two more models have been added to the series.

In 2017, Eliasson — whose exhibition, In Real Life, is currently on at Tate Modern — launched the Little Sun Foundation as an extension to the initial project.

The non-profit aims to “bring light to the most vulnerable communities” especially “school children, refugees and people affected by natural disaster.”

The Scribit app can be tried out here, where users will be directed to a donation page for Little Sun.