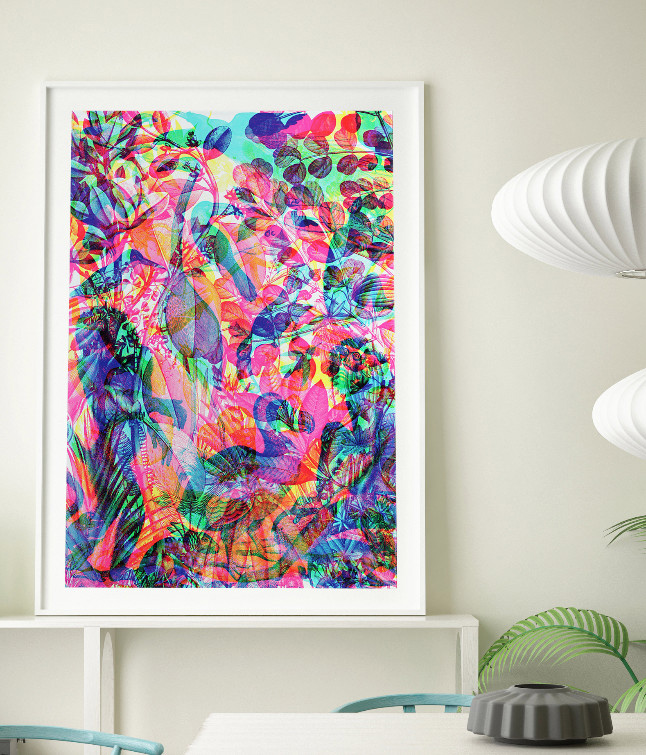 Milan-based artists Francesco Rugi and Silvi Quintanilla, who work under the name Carnovsky, have created a series of prints that reveal secret images through optical illusion.

The La Selva print series has been published by Outline Editions, and exposes different images when used with RGB (red, green and blue) filters.

When a coloured filter is placed over or in front of the print, different illustrations come to the foreground, while the rest of the imagery becomes “almost invisible”, says Outline Editions.

A red filter reveals daytime animals, such as monkeys, a pelican, a toucan and hares, while green exposes plants and foliage and blue shows nocturnal creatures such as insects, fish, spiders, alligators, bats and lizards.

The prints accompany Carnovsky’s recent book Illuminature, published by Wide Eyed Editions, which features some of these transformational illustrations alongside a set of filters, which readers can use alongside the book.

The prints are available via Outline Editions’ online store. 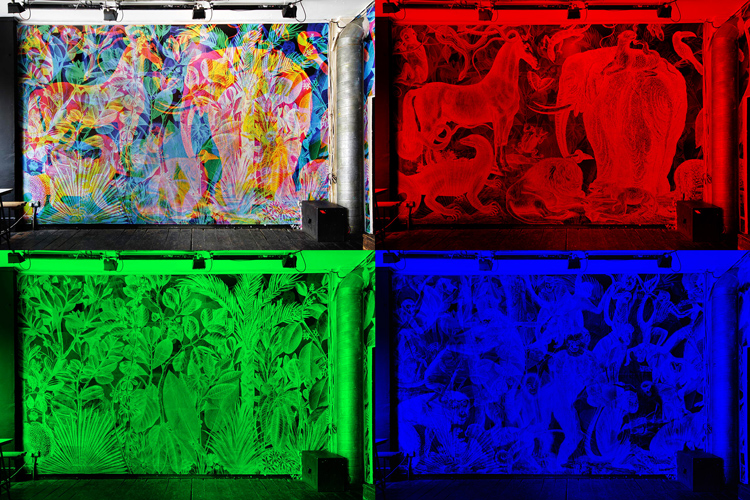 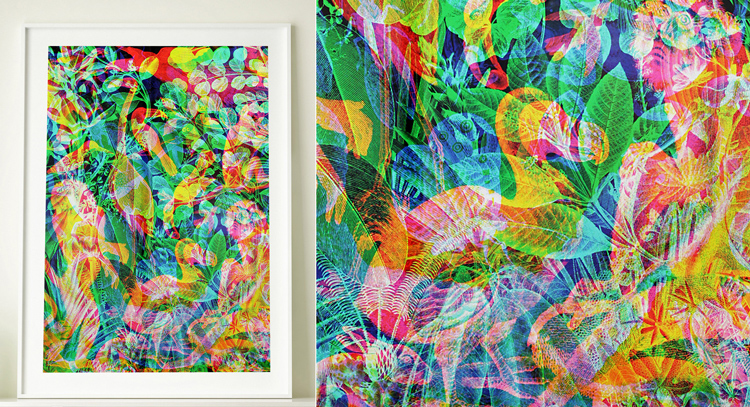