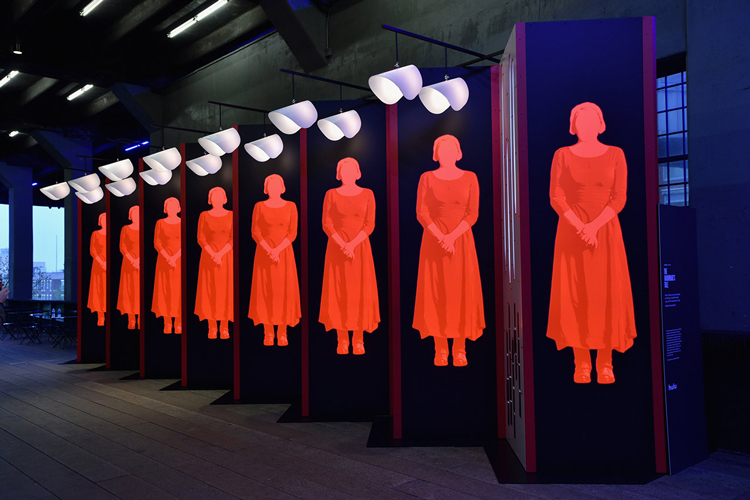 The installation aims to celebrate the new TV series adaptation of the book, which is being shown on video subscription service Hulu. The book sees women living a regime where they are stripped of rights and used purely for reproductive purposes.

Created alongside marketing agency Civic Entertainment Group, the installation is based within the Chelsea Market Passage of New York’s High Line, sitting at 12m long and 3.5m high. It is arranged into an accordion fold of panels, which feature multiple, faceless silhouette figures of Offred, the story’s protagonist.

The display also featured 4,000, free paperback copies of the book on its launch date last weekend, which passersby could take. Their removal revealed “powerful messages of resistance from the novel” in the form of slogans taken from the book, says Pentagram. These have been lit up using lighting fixtures in the shape of the handmaid characters’ bonnets. 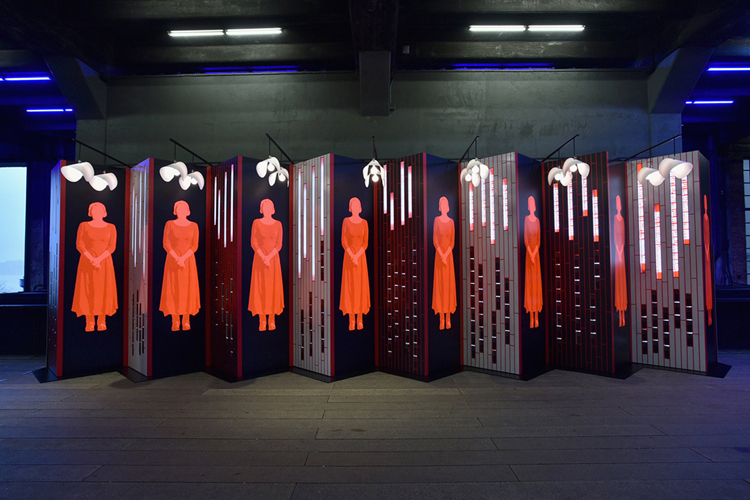 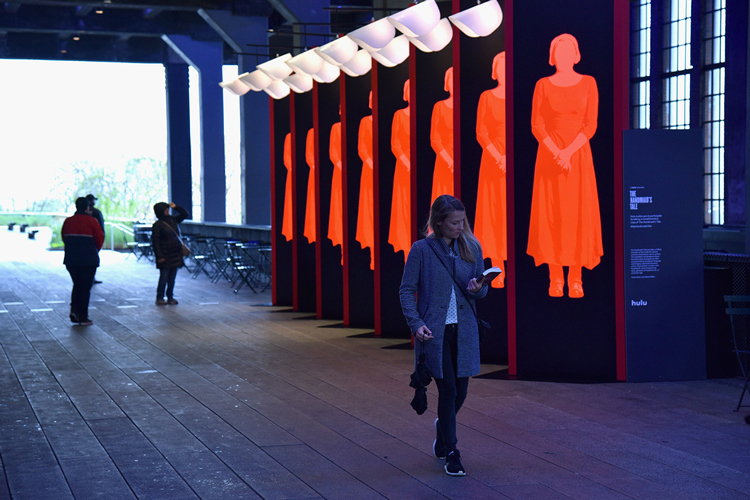 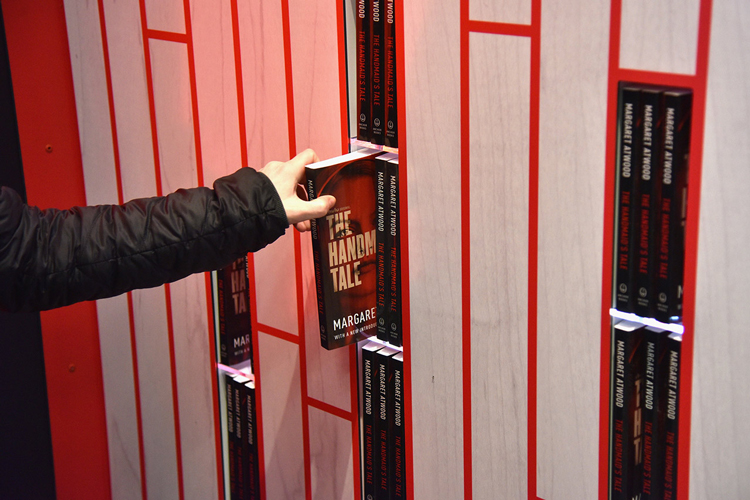 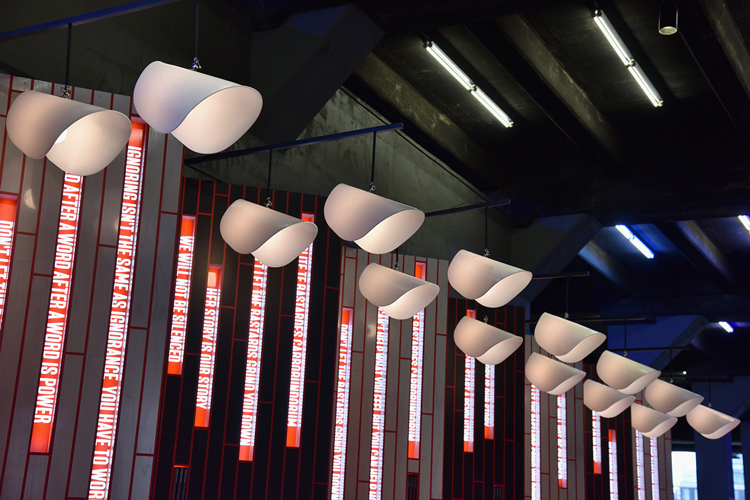 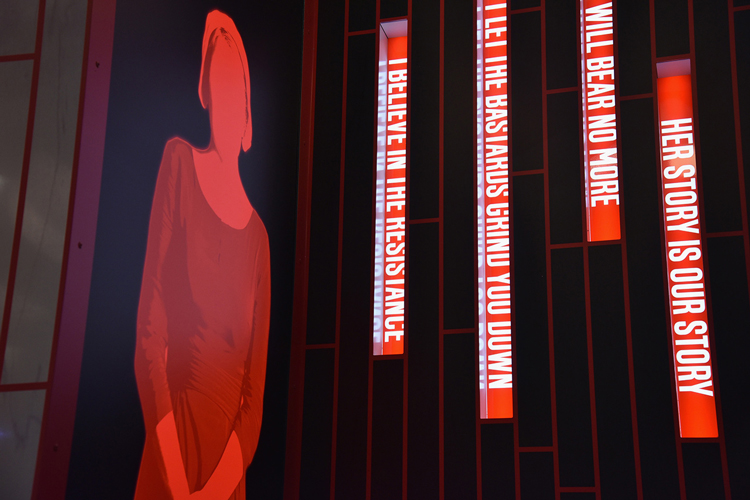 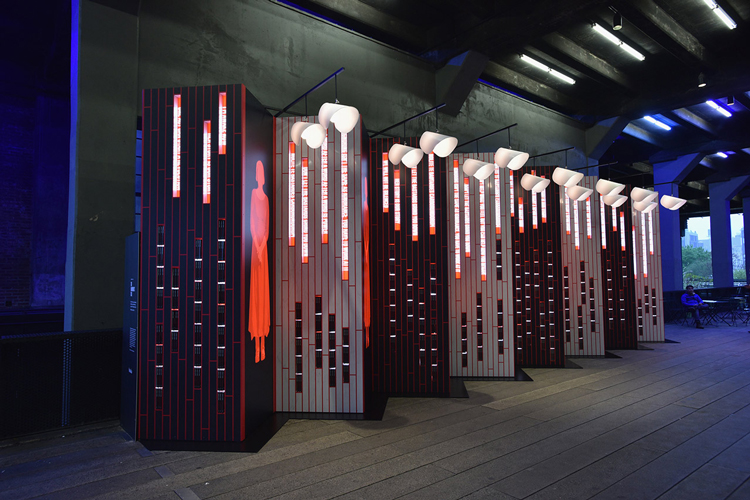