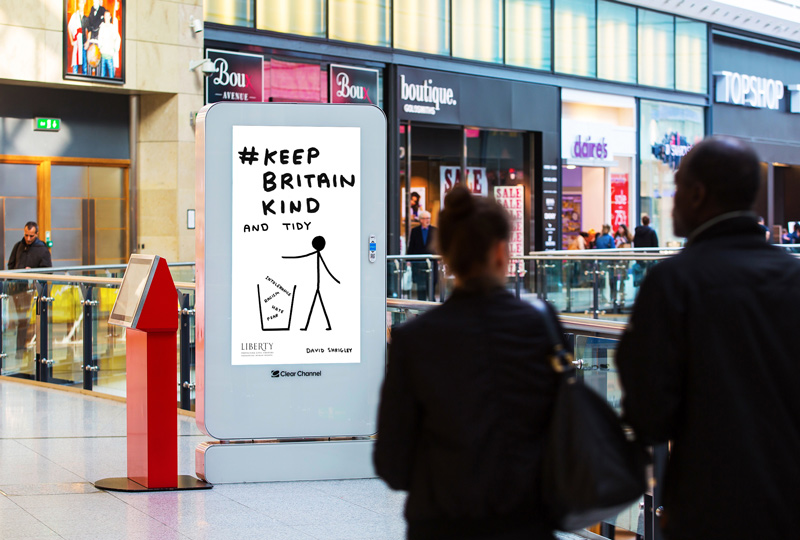 Illustrator David Shrigley has worked with human rights organisation Liberty on a campaign that hopes to persuade Government to choose “decency” over “discrimination”, says the charity.

#KeepBritainKind will last five years and will involve Liberty campaigning in Parliament, in courts and on streets across the UK to dismantle existing laws which they see as “racist, discriminatory and divisive”.

This includes issues such as tightened deportation rules, loss of rights for homeless people, a reduction in the response to the refugee crisis, and possible abandonment of European Union (EU) human rights laws.

Shrigley has created the identity, illustrations and typography for the campaign. The visual identity plays on the Keep Britain Tidy logo, with a line-drawn, stick man dropping words such as “intolerance”, “racism”, “hate” and “fear” into a waste bin.

“At times like these, we need to unite and champion all that’s best about the UK – our humour, diversity and capacity for kindness – and tell our new Government that we won’t accept the politics of fear,” says Shrigley.

The campaign rolls out across the UK in coming months. Updates can be found at the Keep Britain Kind site. 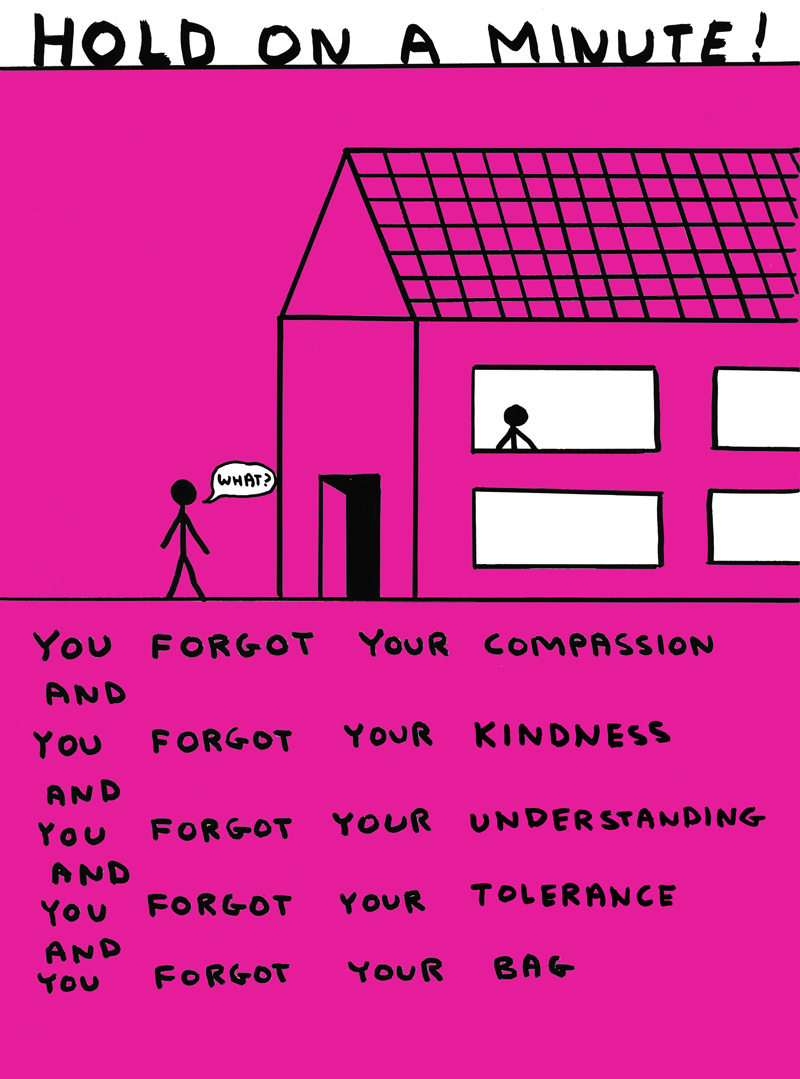