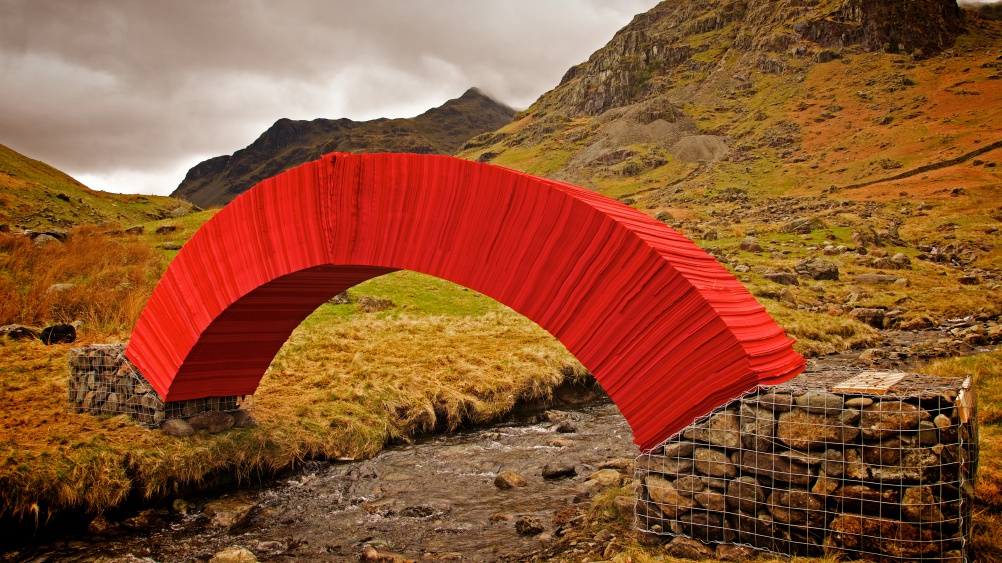 Artist Steve Messam has created a bridge made from paper over a flowing river in the Lake District countryside.

PaperBridge is composed of 20,000 sheets of red paper and four tonnes of stone, which have been drawn from the riverbed.

Messam has not used any adhesives or fixings to keep the paper in place, but instead has created stone-filled cages to root the structure to the ground on both sides of the river, then shaped the arc. The shape was designed by Peter Foskett, who previously worked for Pentagram.

The bridge, which was installed on 8 May and commissioned by Lakes Culture, is set to stay for ten days, and is one of a series of temporary installations set to appear in the Lake District National park through 2015.

The paper will be returned to James Cropper Paper for recycling when the installation is taken down.

Messam says the bridge is strong enough to walk across. He also says the red colour will not run into the water or earth, and the paper will survive weather conditions.

“PaperBridge relies on architectural principles as used in the drystone walls and the original pack-horse bridges that dot the Lake District, using gravity and the pressure between the sheets of paper to form a strong structure,” says Messam. “These have stood, in many cases, for more than a century so the principles of its design ensure it is strong enough to take the weight of people and local livestock if they become curious.” 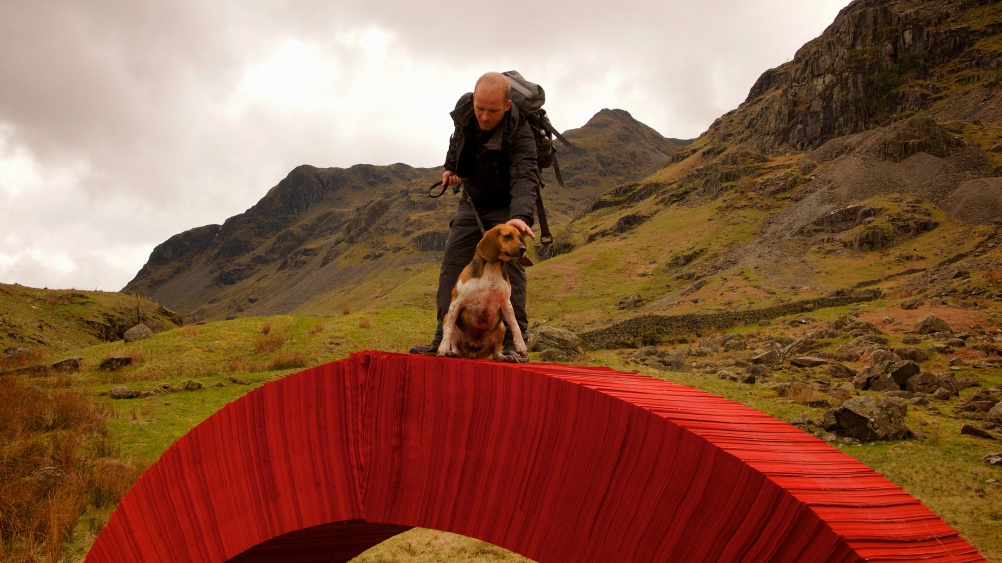 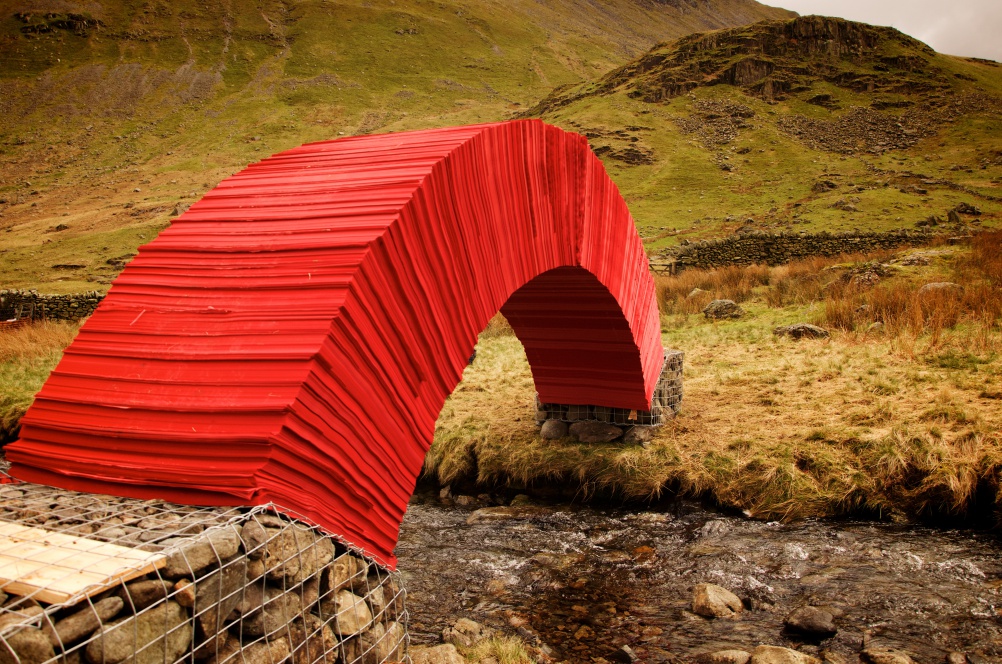 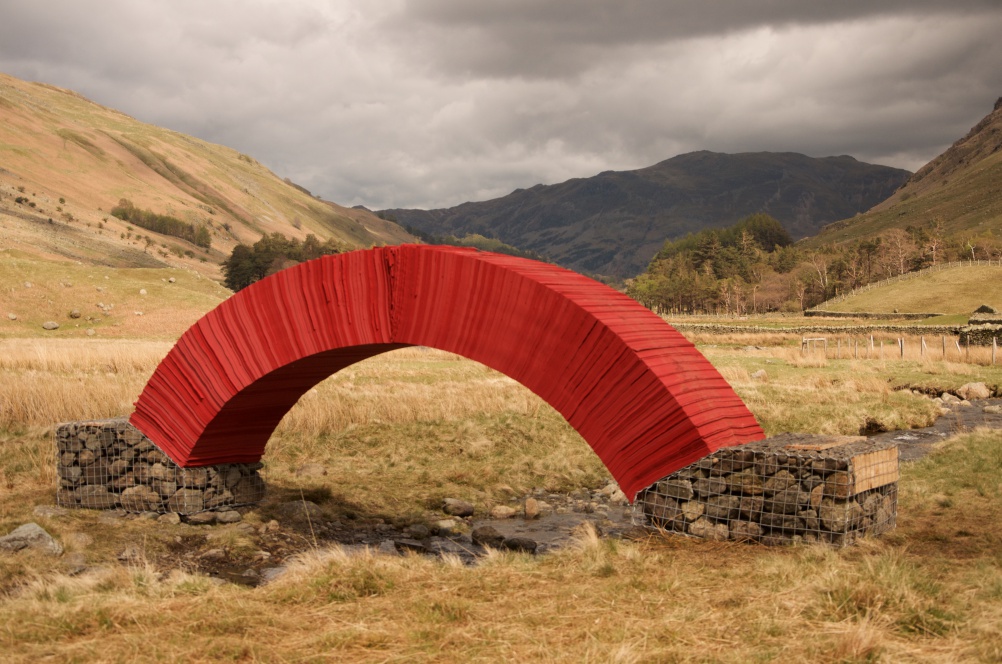 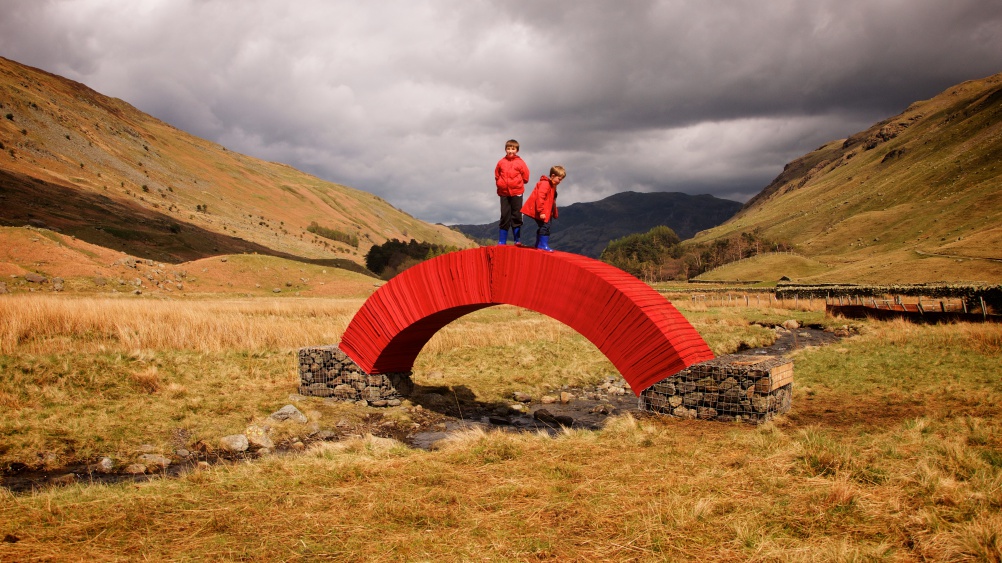