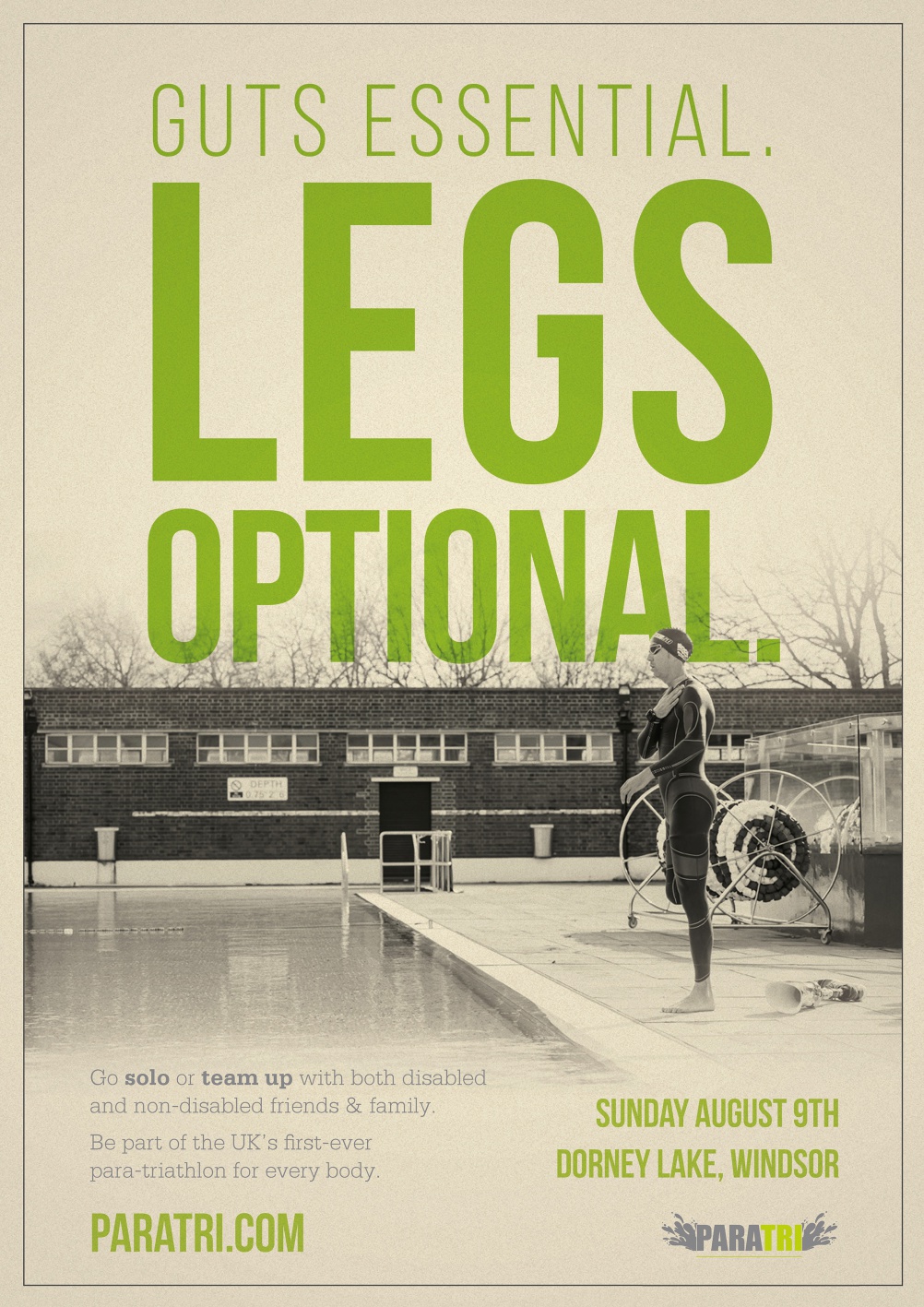 Consultancy Clinic has designed a campaign for Para Tri, a sporting event for those with disabilities taking place in August.

The campaign was created to raise awareness of the event and increase the number of people taking part.

The poster campaign uses phrases such as “Guts essential. Legs optional” and “Any body. No losers”, alongside photography of people in training sessions.

Zoë Anderson, account director at Clinic, says: “It was important the headlines we used were as hard-hitting as they would be for any other sporting event, not patronising or tokenistic.”

She adds that the campaign had to feel “inclusive”, as the event is open to athletes and amateurs with disabilities, and also family and friends.

A social media strategy accompanied the campaign under “#onehandedchallenge”, which encouraged people to film themselves completing sport-related tasks one-handed. This was to bring “fun, inclusivity and competitiveness to the campaign”, says Anderson.

Para Tri will include a selection of swimming, cycling and running tasks at a range of different ability levels. It takes place 9 August at Dorney Lake, Windsor. 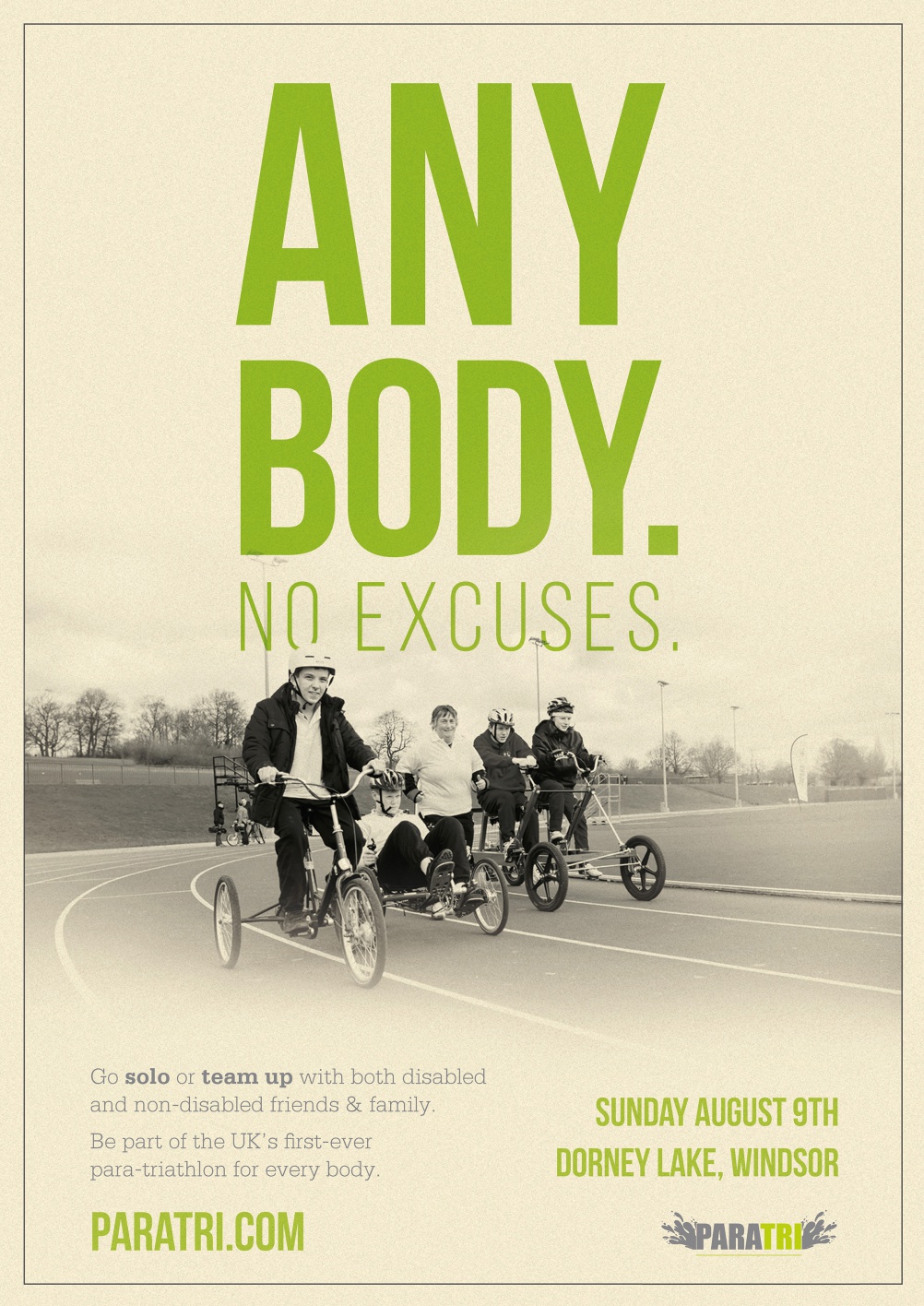 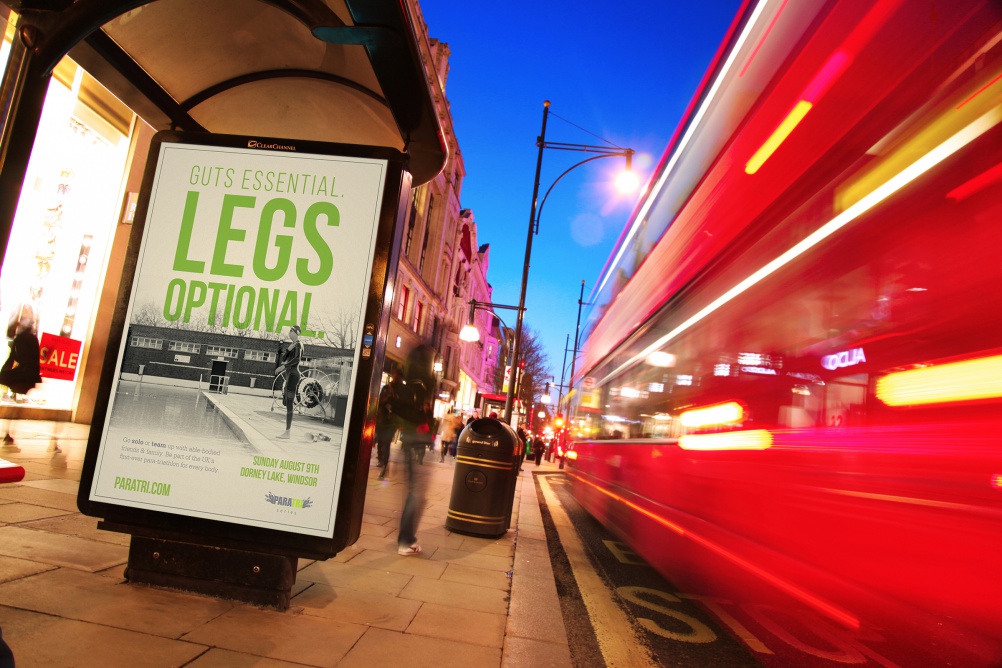 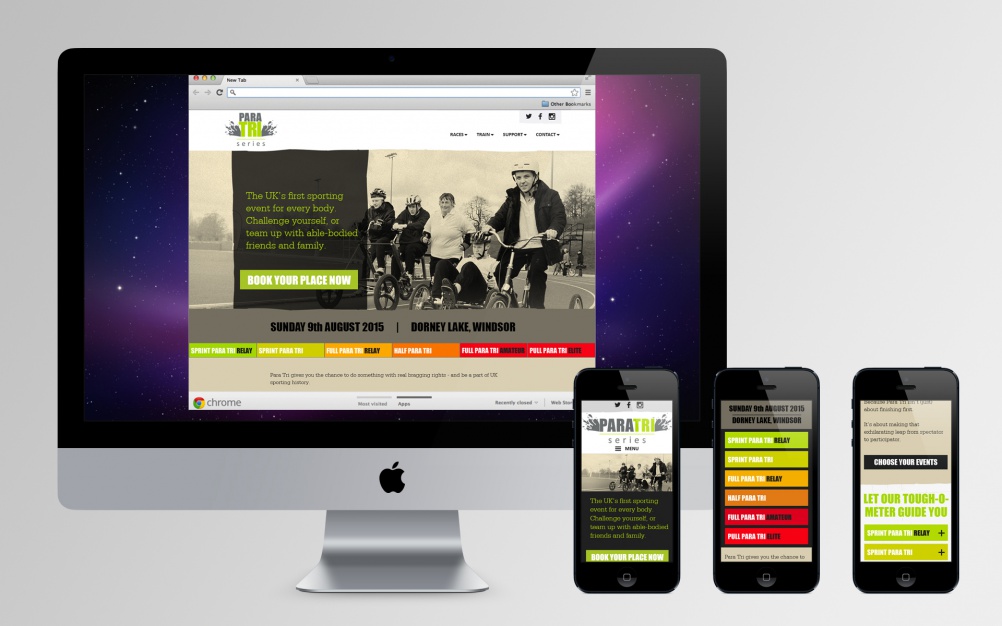