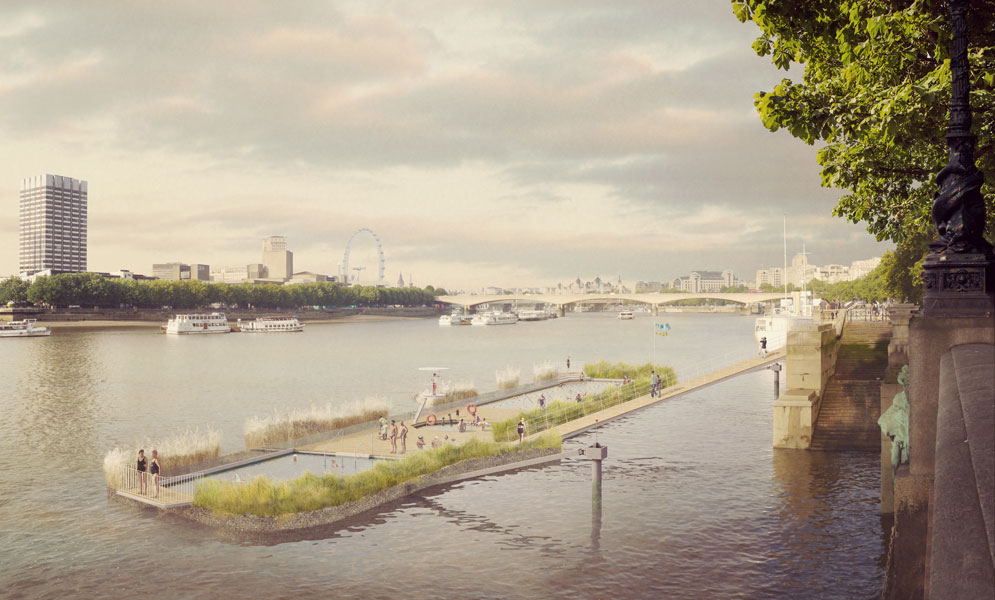 Studio Octopi has headed a campaign for a project that would see a natural lido called Thames Baths sat in the middle of the River Thames in London. The concept project, named Thames Baths, is a collaboration between the consultancy alongside Jonathan Cook landscape architects, Beckett Rankine marine engineers and Build graphic designers. If materialised, Thames Baths would provide multiple pools situated near to Blackfriars Bridge, with decked platforms, a cafe and greenery. View the Kickstarter campaign here and more information on the project on the official website. 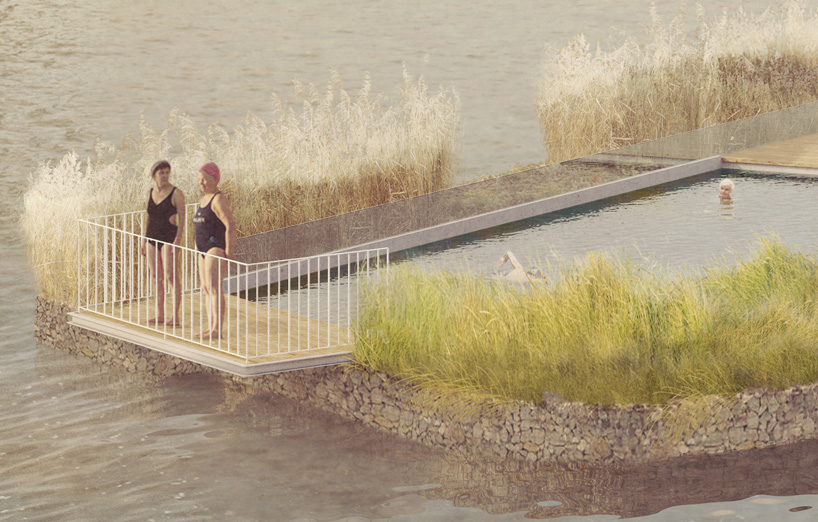 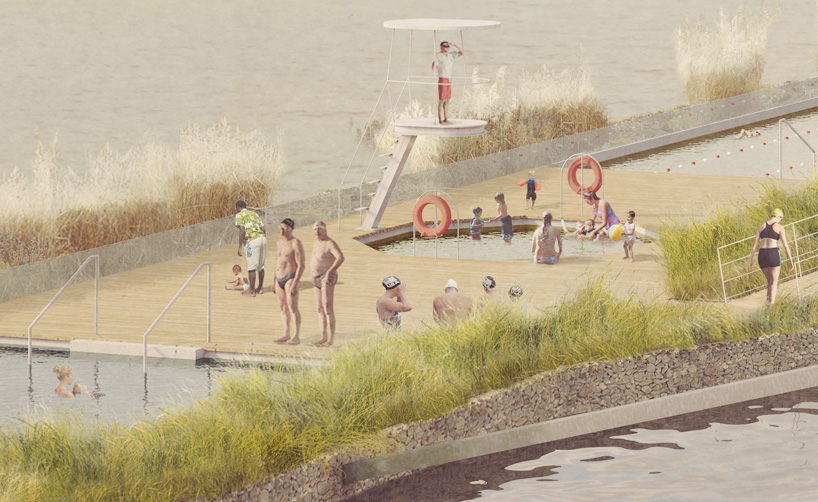 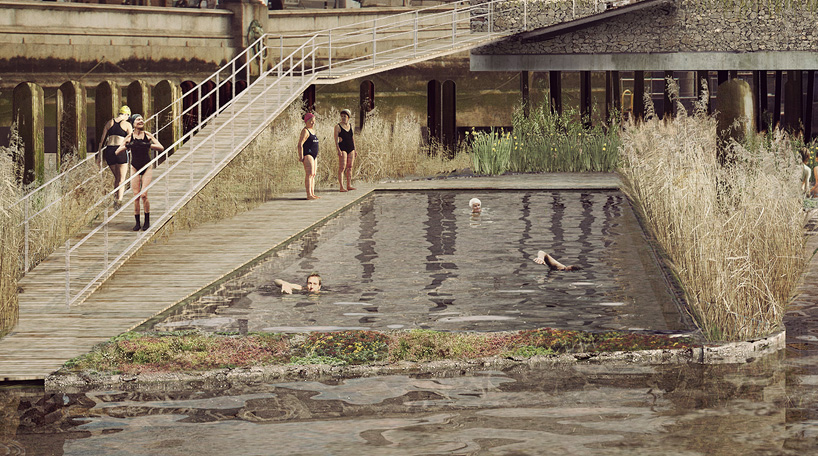 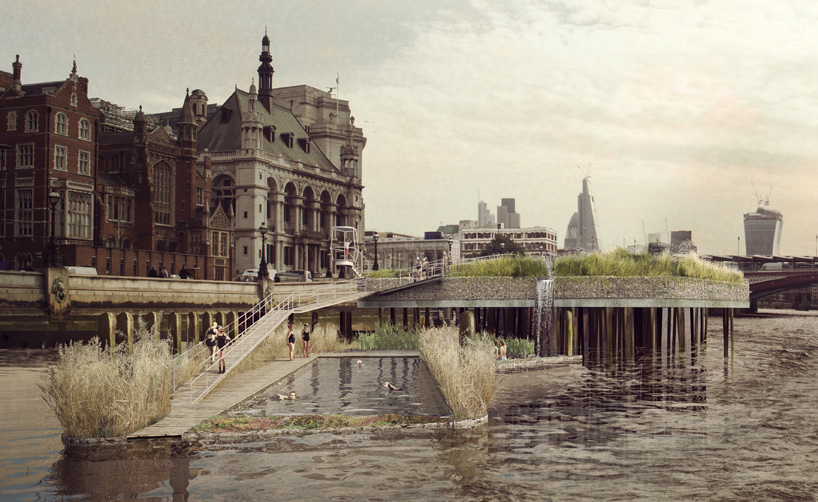 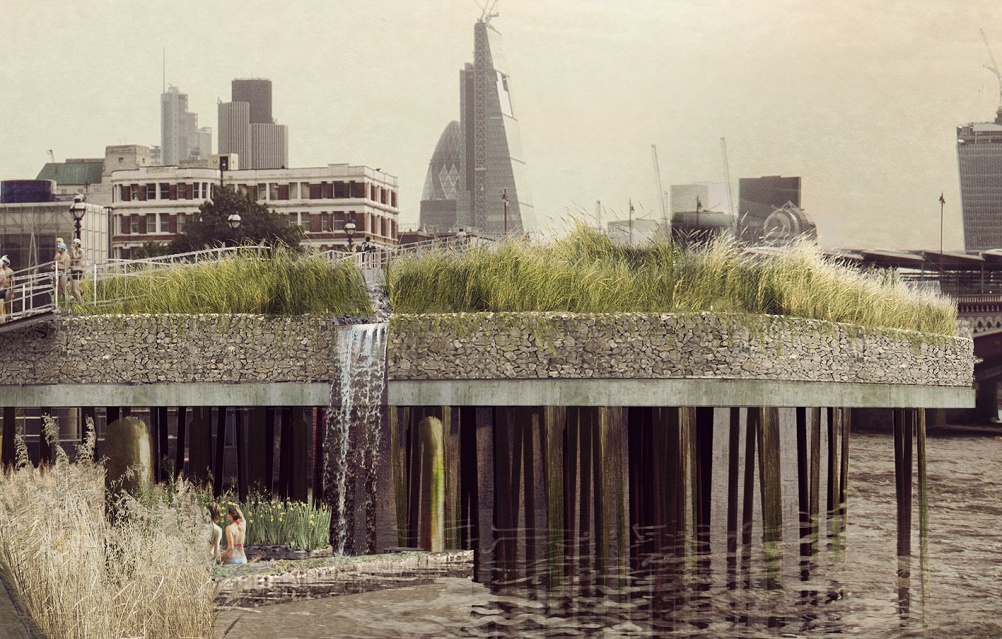 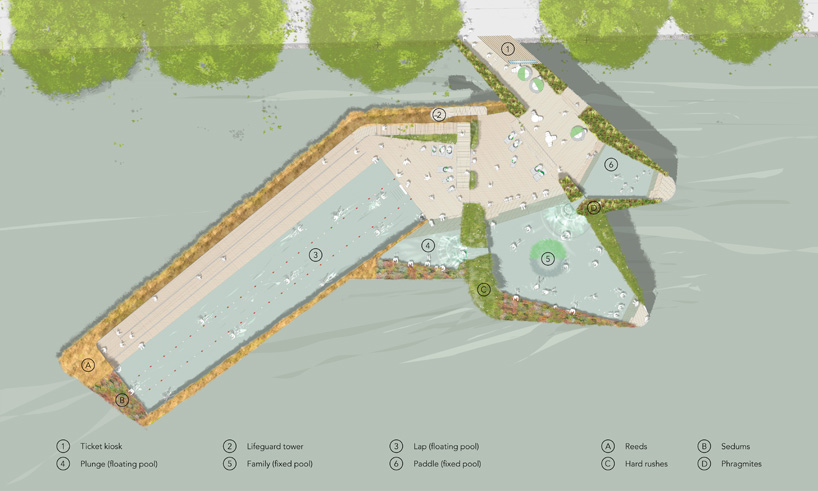 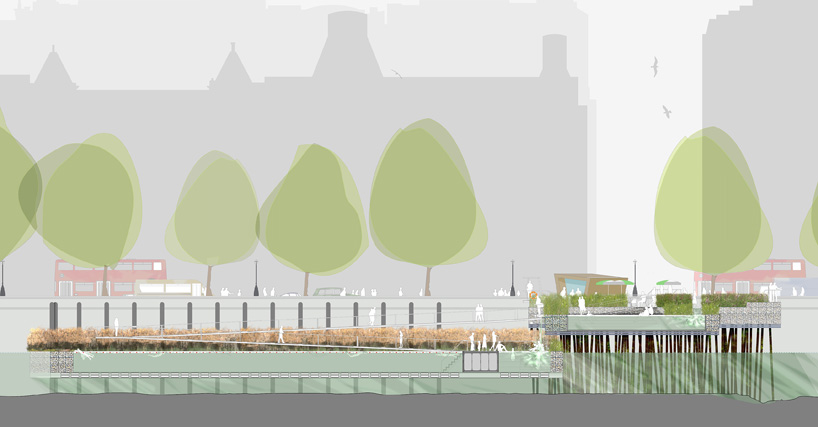