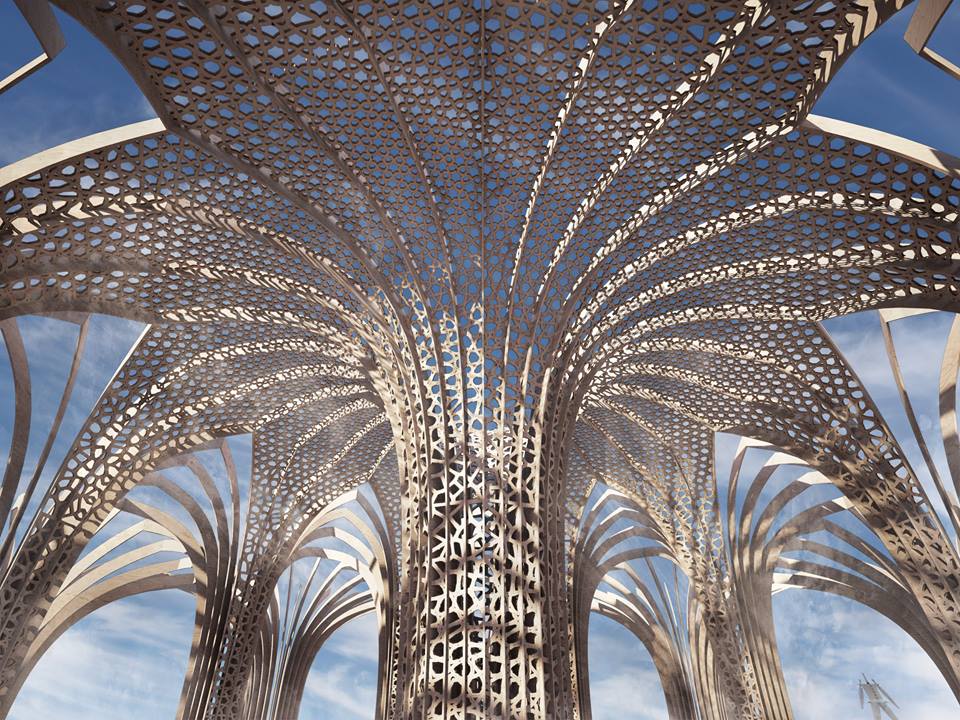 A group of London-based designers and design students, led by 25-year-old architect Joshua Haywood, have produced concepts for an installation they will be building for Burning Man festival 2015. The Arbour will be the second installation the team has created, having designed the Hayam Sun Temple, their debut installation, for the festival last year. With The Arbour, the group wants to “create the illusion of forest as cathedral”. They have been inspired by the “forms of medieval vaulting” in their design, with the aim of achieving “spirituality”. “Medieval architects used the arched geometry of ribs and vaulted ceilings to achieve a soaring lightness and elevate the spirit,” says Haywood. “The architecture had a spiritual function.” The installation will be built between the 16 – 29 August. The festival takes place at Black Rock City, Nevada, U.S.A, from 31 August – 7 September. 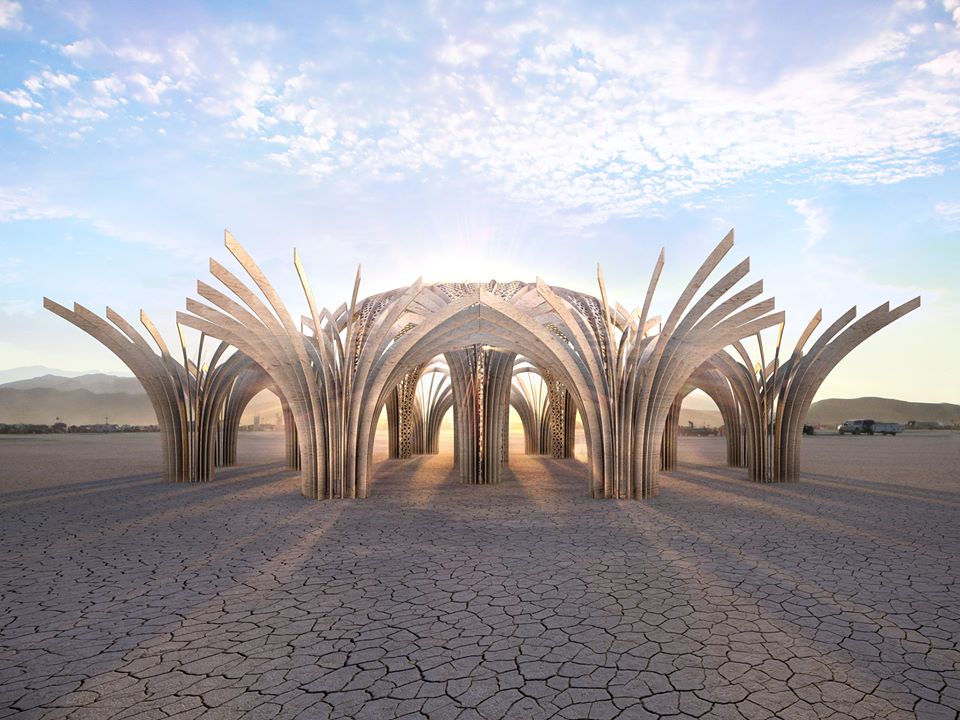 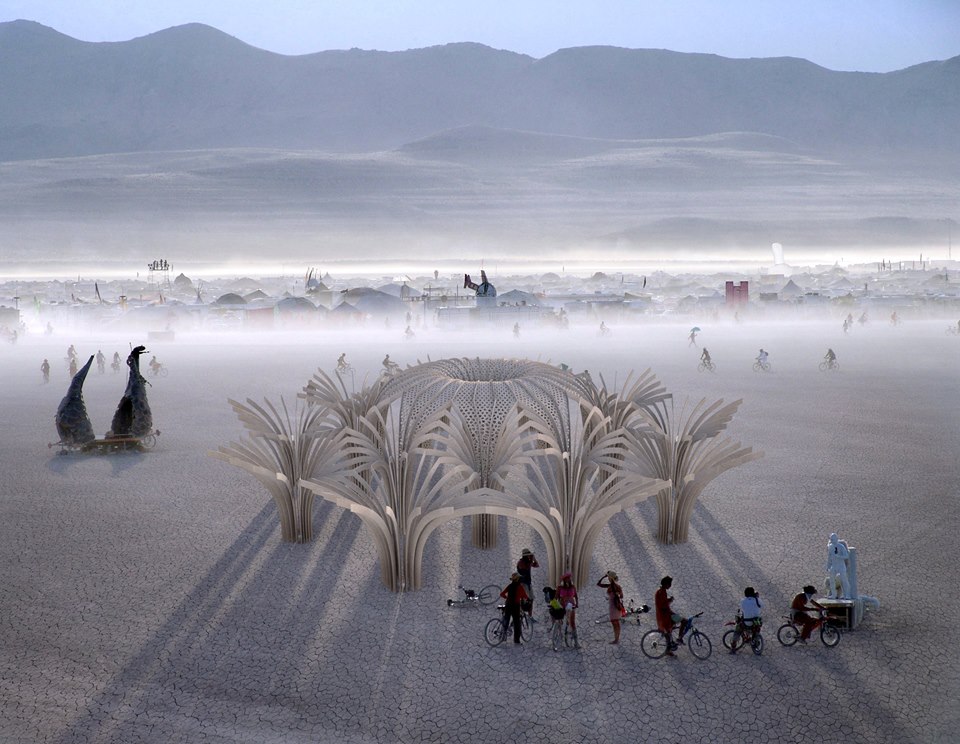