Swedish start-up Einride has unveiled a range of Autonomous Electric Transport (AET) vehicles which are piloted remotely and hope to transform the world of freight mobility.

Featuring an electric drivetrain but no driver’s cab, the vehicle seeks to both reduce freight costs and improve sustainability. 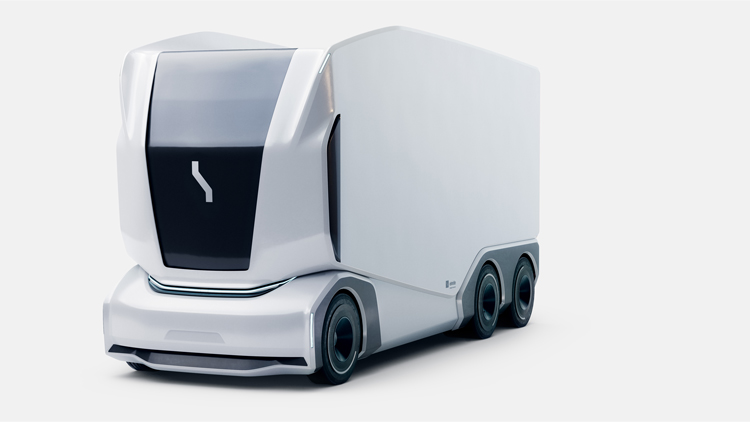 The truck is equipped with cameras, lidar and radar technology so that it has a “360-degree of its surroundings”. This means that it has no blind spots or dead angles, according to Einride. The vehicles are also able to pull into and connect to charging stations along their routes.

These electric vehicles are remotely controlled from a static location where a human operator accesses the sensory system to control a truck. Earlier in the year, the company demonstrated how multiple vehicles could be controlled by one driver.

The AET will be available in four models. The first two models, AET 1 and 2, are suitable for “closed-fence facilities”, harbours and public roads. The next two models, AET 3 and 4, will also be suited to long-distance motorways as well as larger warehouses.

Compared to diesel-fuelled trucks, the AET models could reduce transport costs by up to 60% and carbon dioxide emissions by 90%, Einride says. 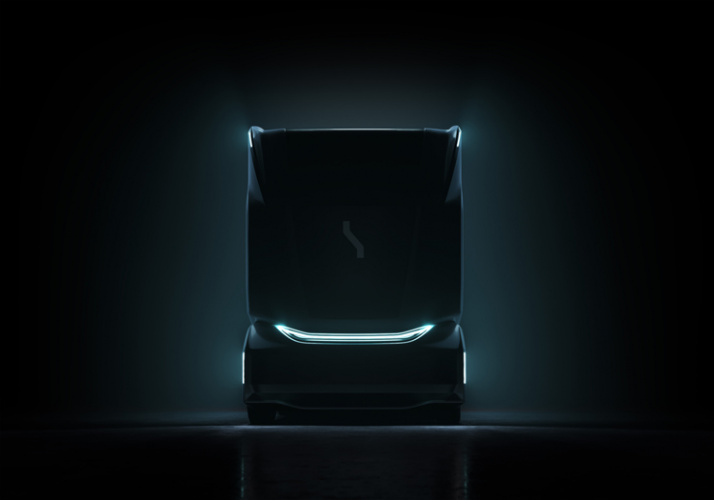 The design of the truck (known as “the Pod”) has not changed too much from Einride’s previous concept designs. However, “softened” edges and features will hopefully improve the truck’s aerodynamics, Einride co-founder Robert Falck tells Design Week.

The original design of the Pod was inspired by the “calm and collected but imposing presence of a bison”, he adds. The name Einride translates to the “lone rider” and is a reference to the Norse god of thunder and lightning Thor. 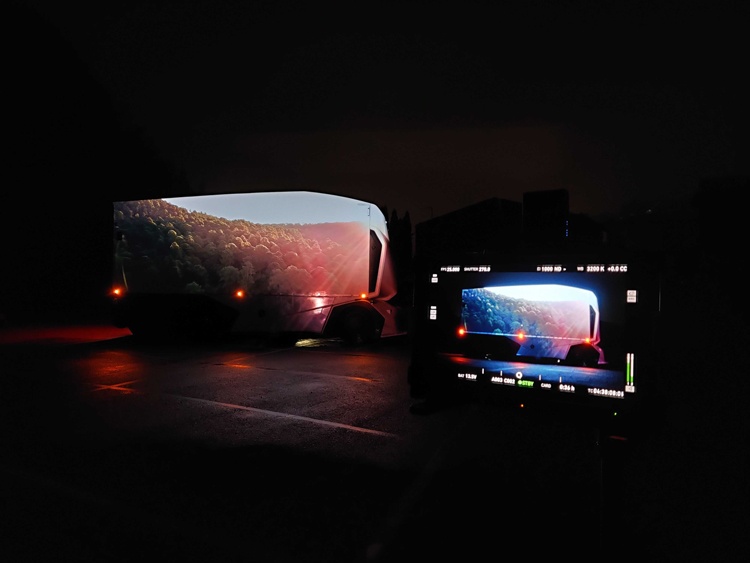 This update has also been accompanied by a shift in the company’s identity. While a previous logo depicted a ram’s head, the new one is more minimalist, resembling a lightning bolt. Falck says that the team was “adamant that Einride’s identity as a technology-first company come across in the new design”.

“The Pod is just one piece of a much larger transport system that we are developing to make the transition to sustainable freight,” he adds.

“Legislation is still catching up” 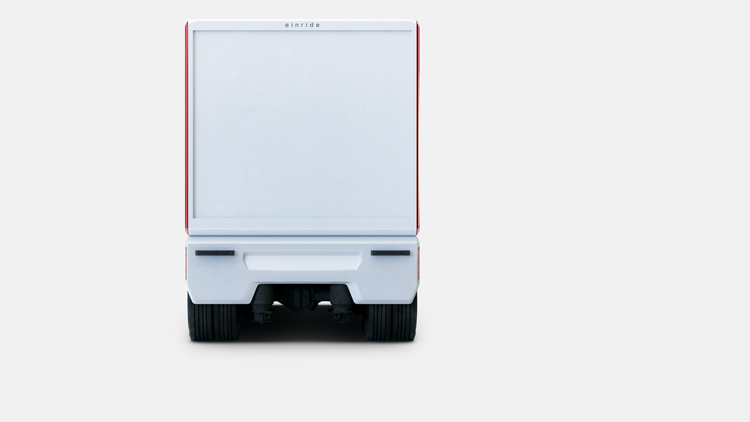 One of the ongoing challenges for companies like Einride is the legal issue of implementing autonomous vehicles in public spaces, Falck says. In the live launch for the AET, he said that “legislation is still catching up” with the technology.

He tells Design Week that legislation is an “ongoing discussion”. “The overall outlook is positive,” he says but he has been “disappointed with a few setbacks”. For example, Swedish transport and traffic agencies failed to agree on whether to issue the Pod a one-time permit because of a “discrepancy in existing laws”, he explains.

It will also require conversation with separate authorities depending on location. Falck says that Einride is “working closely with local and international governments” to make sure that both existing laws rules are followed and also that new ones governing this technology “are set up for success”.

“We have to prove that autonomous technology is safer” 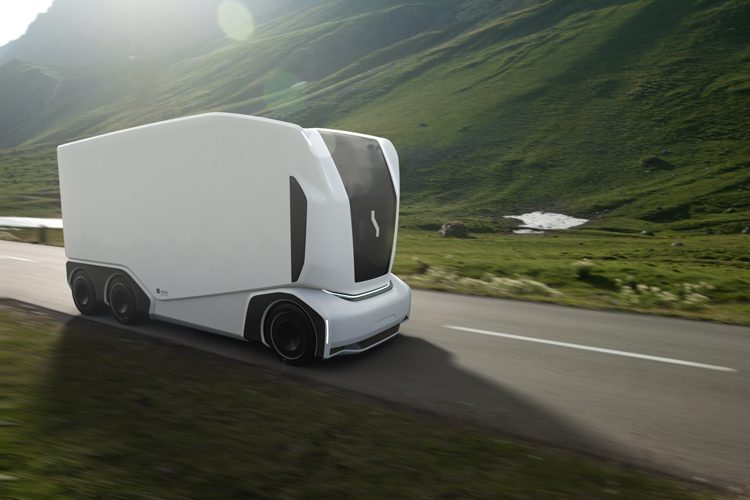 Another concern for autonomous vehicles is public perception. While some might see their convenience, there are also worries about potential fatalities caused by the emerging technology. What could it take to change people’s minds about this sector?

“Simply, we have to prove that autonomous technology is safer,” Falck says. That means actually testing out the technology on the roads they are hoping to drive on one day.

“Without putting this technology on the roads and proving that it’s not only safe but significantly improves sustainability, the doubts will continue,” he says. The company has a road safety project called “Vision Zero” which hopes to achieve “the goal of no fatalities or serious road injuries in traffic”.

The ride of autonomous vehicles 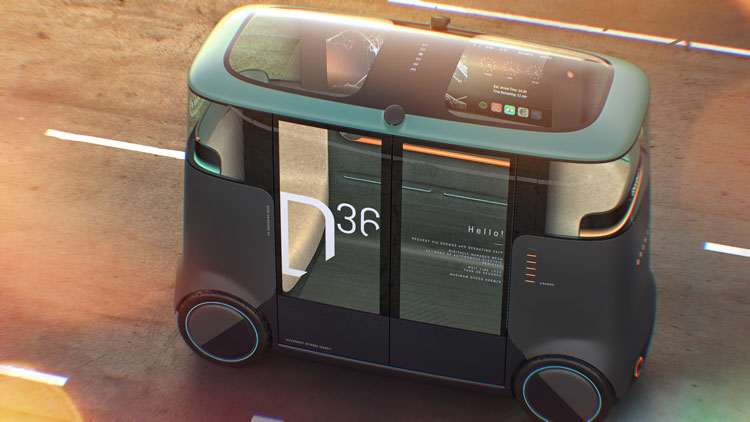 Einride’s AET models are not the first autonomous designs released this year. Recently PriestmanGoode unveiled its partnership with Dromos for a self-driving mass-transit vehicle.