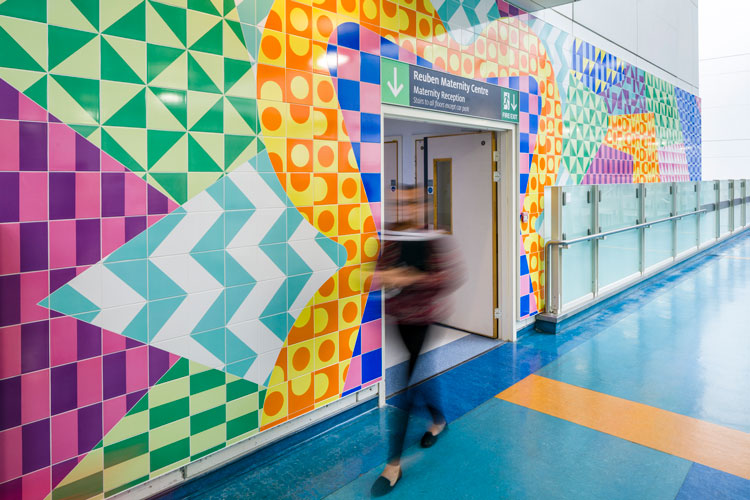 The study was conducted by CW+, the London hospital’s charity, which runs an arts therapy programme for patients and clinicians.

The findings coincide with the hospital releasing The Healing Arts, a book showcasing how it has used visual art, performance and music over the last 25 years to help improve wellbeing and experiences for people in the hospital.

Examples include mixed media installations in public spaces such as atriums, digital artwork in examination rooms, animal-based murals in children’s departments, and a multi-coloured, on-site cinema.

Research found that over four fifths of 50 women undertaking colposcopy (cervical) examinations said that having visual art present “greatly improved their anxiety and experience” of the procedure. The digital art installation in the women’s outpatients’ department includes screens showing films of natural landscapes, wildlife and towns, and were installed to provide “distraction” for women while they undergo what can be an “uncomfortable” examination, says the hospital.

It also found that 16 out of 19 clinical staff working in the children’s emergency department noted that zoo-themed digital art, showing moving images of animals, improved young patients’ anxiety, while 15 out of 19 clinicians said it decreased their pain.

These recent findings add to prior research completed by CW+ in 2004, which found that the use of art and music made a positive impact on certain patients, such as women in labour, those having chemotherapy or undergoing surgery.

It found that labour was two hours shorter when art was present, while levels of the stress hormone cortisol and feelings of depression dropped by a third for those having chemotherapy.

For those having surgery, less anaesthetic was needed, hospital stays were an average of one day shorter, and levels of cortisol nearly halved.

Chelsea and Westminster Hospital is not the only NHS trust to use visual art to help patients and clinicians – Sheffield Children’s Hospital, through its charity’s art programme, Artfelt, has commissioned several designers and illustrators over the years to transform its spaces, including Morag Myerscough, Jon Burgerman and Quentin Blake.

Guy’s Hospital in London also recently commissioned interior design studio Between Art and Technology (BAT) to create a listening and relaxation room for those with cancer, complete with soundscapes and natural furniture, to help patients and their families escape the hospital environment through their imaginations, in a bid to improve their mental wellbeing.

Chelsea and Westminster Hospital’s new book, The Healing Arts, which explores the connection between art and health and the therapeutic power that art can have, is available to buy now through Unicorn Publishing Group for £15. 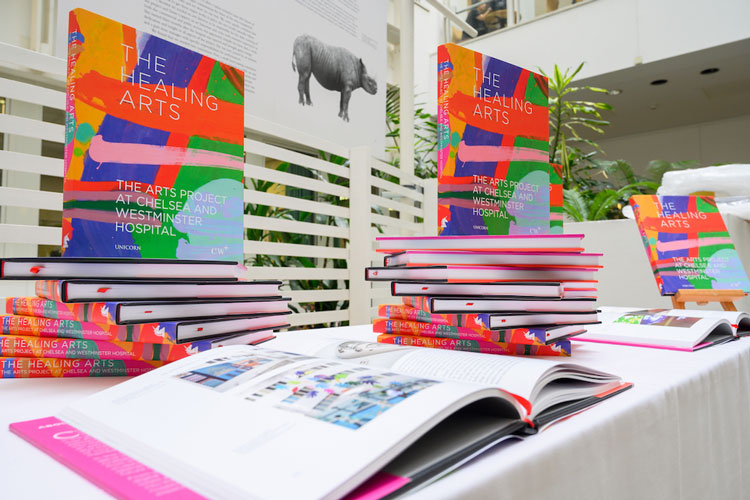