“I find myself falling in love with each new script I’m working on. With every multi-script typeface, we immerse ourselves in these new shapes we’re drawing, and with the amount of time we spend on research, workshops and design development, it only seems natural to become strangely attracted to them. Currently for instance, I’m working on an Arabic display typeface and I am fascinated by Ruq’ah lettering on old movie posters. This Ruq’ah writing style combines simplicity and efficiency, is densely structured with cascading movement, and is quite simply stunning.”

“At the risk of revealing myself as an unapologetic geek, I’d like to nominate Star Trek’s Klingon as my favourite alphabet. ‘Why Klingon, for Shatner’s sake?’ I hear you cry. It seems to me that the Klingon alphabet (also known as the plqaD alphabet) communicates its origins perfectly. It’s as ugly as hell (like a Klingon), it’s aggressive (like a Klingon), it has lumpy bits (like a Klingon) and carries numerous spikes that could easily have your eye out (like a Klingon). As if to confer some legitimacy on my choice, up until 2010, the Wikipedia globe logo included a Klingon letterform among the Chinese, Roman, Japanese and Greek letterforms across its surface.”

“Since moving to Asia over a decade ago I’ve been visually blown away with the beauty of alphabets across Thailand, Cambodia, and Laos. However, the Burmese alphabet lured me in. Amazingly ornate, now built around a constant circular form, it’s any designer’s dream form to delve into. The cursive forms were developed in response to the original rigid forms, as these straight lines would rip the palm writing leaves as people wrote while softer lettering wouldn’t. As international brands enter the market so do a range of new fonts; we were lucky enough to create the Burmese alphabet for international telecommunications company Ooredoo. It’s a perfect match – their circular identity forms beautifully flow into the alphabet.”

“I am Bulgarian, so Cyrillic is my native script, but the more I research, the more new things I learn. The Bulgarian alphabet has only 30 Cyrillic letters, whereas there are more than 100 letters within the whole Cyrillic writing system. Some of the shapes within the more peculiar languages have existed only in handwritten form until recently, so you have to get creative when designing their typographic forms. And if you look into the development of Cyrillic in each country in more detail, you realise that there are huge differences in how the letterforms look. We already accommodate the local preferences for Russian, Bulgarian, Serbian and Macedonian, but I’m sure there are more yet to discover.” 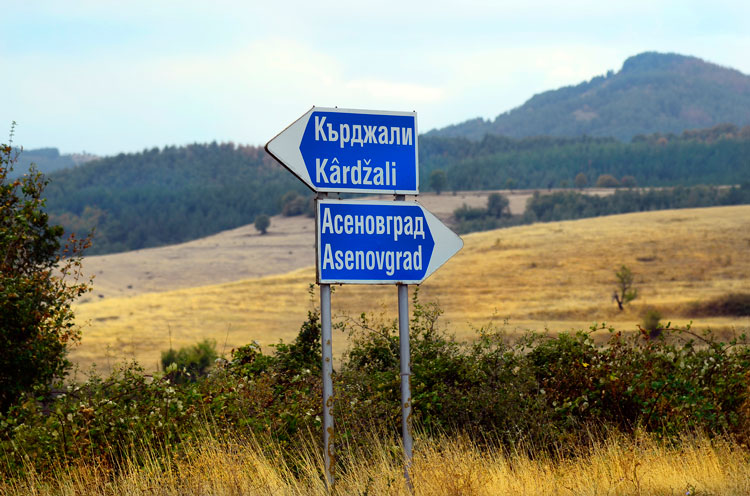 “We have worked in many scripts here at Fontsmith, but the alphabet that stands out as being special for me is Thai. While rarely commissioned, I remember getting under the skin of these letter shapes for the first time as a hugely inspiring process. Thai has both a traditional style with swooping loop-like terminals (the ornamental equivalent to a Latin serif) and then in recent years a modern and Latinised style has emerged, instigating a change of reading habits.

It is this broad style range and the cultural reading shift that has occurred from the introduction of a modern typographic form that is so interesting. The modern Thai script teaches restraint; a font’s uniqueness is found in its linear proportion, stroke contrast and modulation rather than more obvious design features. As a modernist, this reduction of form to its bare bones is appealing, it’s a hugely enjoyable script to create and it’s exciting to see new interpretations and continued evolution.” 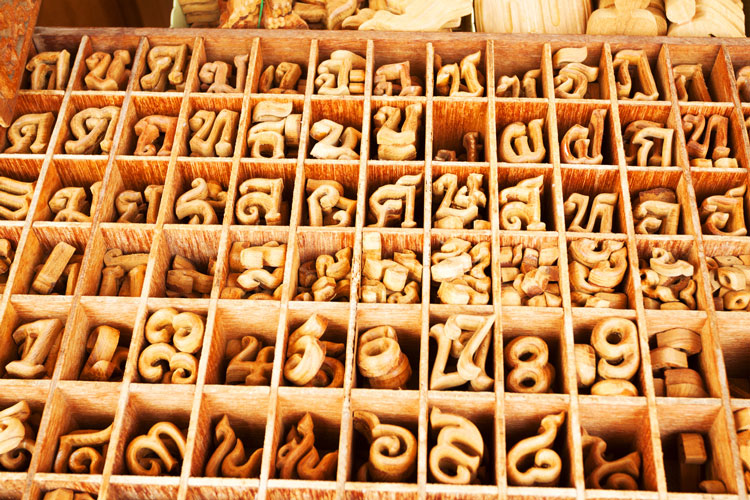 What’s your favourite alphabet or script from across the world? Let us know in the comments section below.