British-born Ivan Chermayeff died this week aged 85, and will be remembered as one of the founding fathers of American graphic design.

The designer, who was son to Russian architect Serge Chermayeff, was born in the UK in 1932 but moved to the US at the age of eight. He went on to study design at Harvard University, the Institute of Design in Chicago and then Yale University, then in 1957 went on to found a design studio with Tom Geismar and originally Robert Brownjohn.

The studio created distinctive visual identities for the likes of Mobil, the Smithsonian Institution, the Museum of Modern Art and National Geographic. 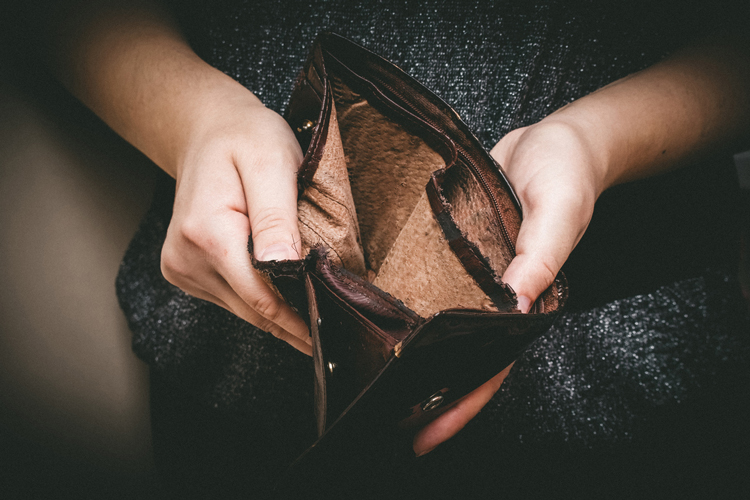 Last month, we looked at research from the Office of National Statistics (ONS), which showed that the average salary of a graphic designer is £3,000 less than the average UK salary across all professions, sitting at £25,900 annually.

So what can designers do to fill their pockets more sufficiently? This week, we asked owners of studios and creative directors for their advice on getting a pay increase.

Paul Cardwell, executive creative director at Brand Union, urged readers to apply to award schemes because “nothing increases your value more than having done work that people know”, as well as learn to articulate yourself well and “tell the story” of your work.

Vicky Bullen, CEO at Coley Porter Bell, took a more pragmatic view, advising young designers “don’t be afraid to ask – but know when to ask”, and encouraging them to be sure of their justifications before having that meeting.

Research revealed design is worth £200bn to the UK economy

The latest Government figures from the Department for Digital, Culture, Media and Sport (DCMS) have found that creative sectors contribute £91.8bn to the economy – but new research from the Design Council shows that design potentially contributes a whole lot more.

This week, the report found that design skills contribute £209bn to the UK economy – but it is worth bearing in mind that this report encompasses a very wide remit. It looks at everything from architecture and the built environment through to fashion, advertising, digital, product and industrial design.

While the figures are incredibly impressive, it is worth taking them with a pinch of salt, as the term “design” could refer to almost everything we encounter in our day-to-day lives, from tangible products like clothing and homeware to invisible things such as transport system designs.

But Sarah, CEO at Design Council, says that this all-encompassing nature is exactly the reason design needs to be taken more seriously by Government, with these figures only proving this further.

“Design is all around us – in our homes, our offices, our travel networks and even our health and education systems. But it is precisely because design is at the centre of our lives… that its value is often overlooked,” she says.

Design Council now calls on the industry to help reduce skills gaps by encouraging continued, “lifelong” learning and training for employees, and also encourages the Government to place greater focus on art and design subjects in education alongside science, technology, engineering and maths (STEM).

Facebook revealed a new 23,000m² office space in Central London this week, which the social media giant says will create “800 new jobs” in the capital city.

The space has been designed by architectural practice Frank Gehry and is based on Rathbone Square off Oxford Street.

It spans seven floors and aims to be an engineering and development hub, with over half of people due to work at the new site expected to be engineers.

It also features a new incubator space called Ldn_lab, which will take on UK-based tech start-ups for three-month-long programmes to help them grow their businesses.

A logo was launched to tackle “fake news”

“Fake news” is a relatively recent concept that readers have become more accustomed to as online journalism has grown in place of print.

While the ability to see and read breaking news almost instantaneously is liberating, it has also meant illegitimate and untrustworthy sources popping up, making false claims and passing them off as true, which has inevitably led to general distrust of the media.

The term has also been used as a scapegoat by world leaders such as US president Donald Trump, bandied around to dismiss claims as false even when otherwise proven to be true.

This week, UK press watchdog the Independent Press Standards Organisation (IPSO) launched a certification logo to be used by its 2,500 member publications, as a “badge of honour” that emphasises the news source has been verified and is subject to punishment should it make any massive slip-ups. The logo, which is based on the existing IPSO branding and is shaped like a rosette, has been designed by advertising agency McCann.

While the concept of IPSO is meritable, the organisation was formed out of the disbanded Press Complaints Commission (PCC), which fell apart after it failed to hold newspapers to account after the phone hacking scandal in the 2000s.

Some national newspapers, such as the Guardian, have yet to place their trust in the recently-formed IPSO, and have instead decided to enforce their own complaints and regulatory system.

But Niall Duffy, director of external affairs at IPSO, makes it clear that proudly displaying the membership badge of the organisation is about “public accountability” as well as “high editorial standards” – making it clear to readers that there is an organisation to complain to should the publication mess up.

The new IPSO logo will be displayed in print newspapers and magazines and on websites.