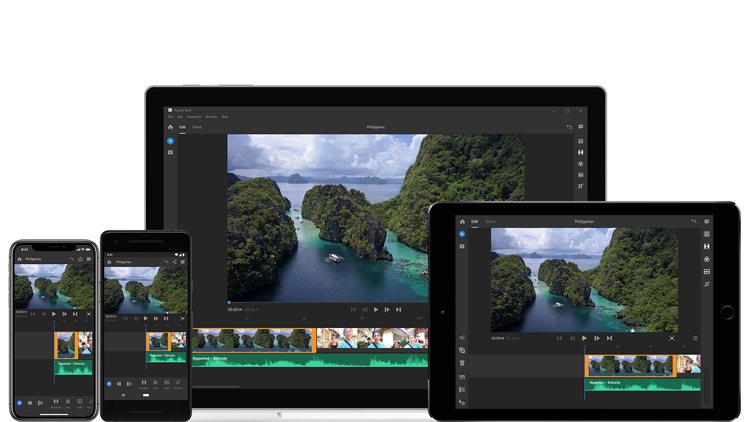 Adobe has launched its new app Premiere Rush, which is aimed at enabling designers, artists, writers and other creatives who are “not video-editing experts” to create footage on-the-go.

The software launch was revealed at this year’s Adobe Max conference in Los Angeles (LA), alongside other launches, including Gemini, an artists’ painting app, and Photoshop for iPad.

Rush has taken two years to develop and was first previewed in June, as a video app for shooting, editing and posting video through a phone or tablet.

Launching four months later, the app is targeted at those who want to create “professional-quality videos” for social media platforms like YouTube and Instagram using their phones or touch-screen devices. It is aimed as a complement to Adobe’s existing video and audio-editing programs, Premiere Pro and Audition, and is part of the “Premiere” software family.

“There was a need for us to make something more intuitive and accessible for those who aren’t video editors,” says Danielle Darby, senior product manager of video-editing and Adobe Rush. “We leveraged our expertise in the space but aimed Rush at everyday storytellers.”

She adds that the software is aimed at those with “very little skills”, who want to “tell a story with video but aren’t experts”. This could include designers, artists and journalists. 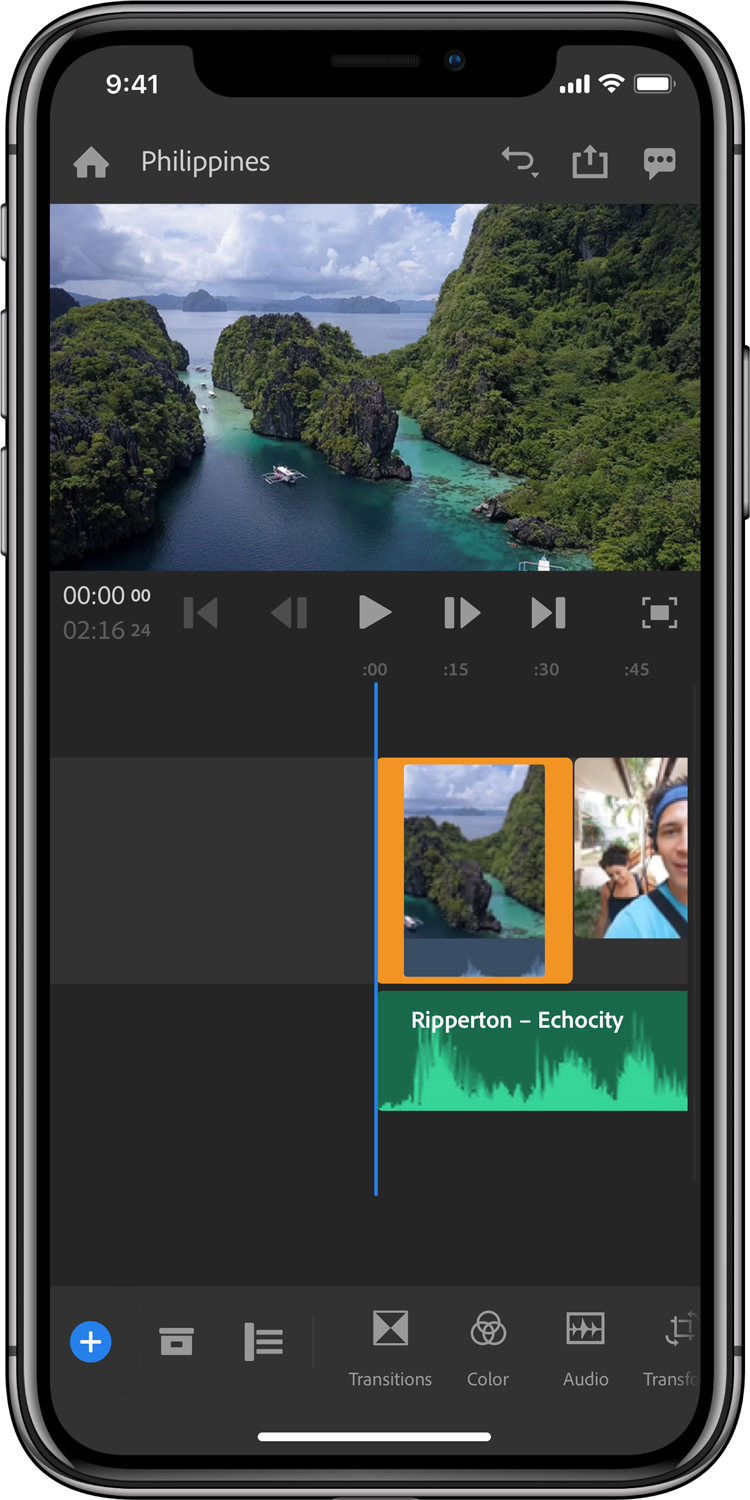 The software lets users adjust colour, audio and transition between different shots and scenes, then share directly to platforms like Instagram, Facebook and Youtube. Having it “all-in-one” aims to solve the issue of users “cobbling together many different apps to do things”, she adds.

The app works across all devices including mobile, tablet and desktop, in a bid to help users continue working on-the-move by saving their progress to the Creative Cloud. 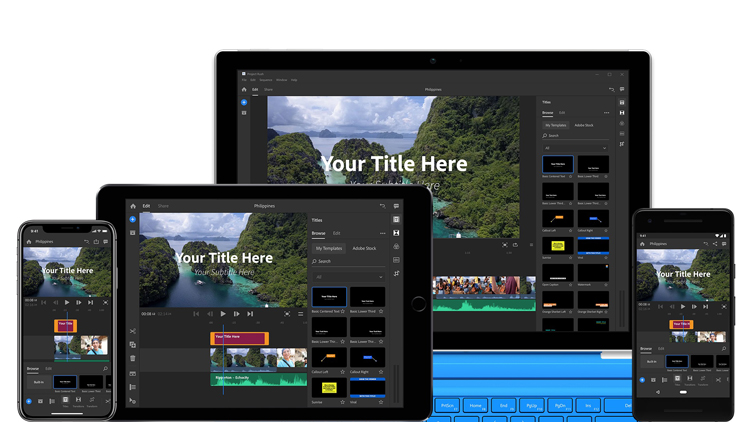 Particular features include: a multi-track timeline, so users can look at many different sound and video layers within a video at one time; the option to hide, mute and lock certain tracks while editing to focus in one piece of audio or video; the ability to change the aspect ratio of the video, so from portrait to landscape to square, in one click, for different social media; and an autoduck tool, which automatically lowers the volume of background music when somebody is speaking in a video, without the user having to do this manually. It also includes preset colours, typefaces and motion graphics templates for adding titles and imagery. 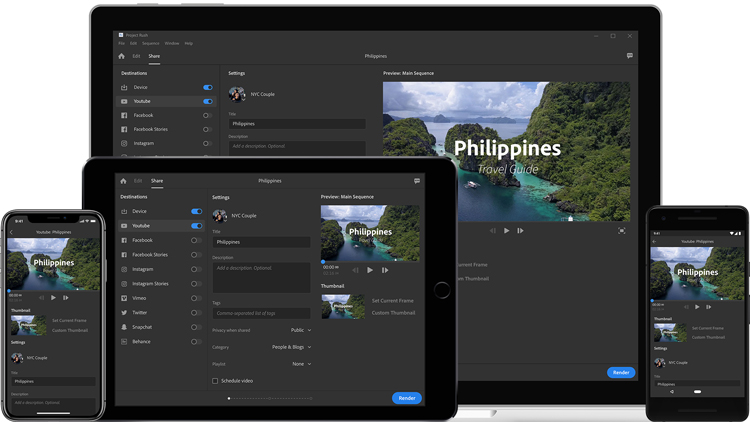