Royal Mail has redesigned its definitive stamps, the most commonly used set, which feature the Queen’s profile.

The new versions have an updated colour palette – “plum purple” for first class and “holly green” for second – and now come with a barcode. They are being introduced following a “successful national trial”, explains Royal Mail. 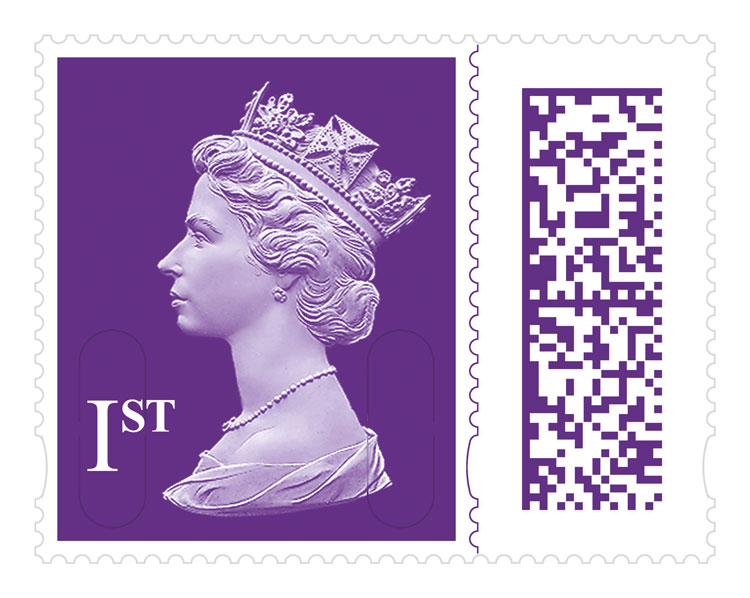 The barcodes match the stamp colour and are positioned alongside the Queen’s head, separated by a perforation line. As well as adding an interactive element, the barcodes will enable further security measures and improve “operational efficiencies”, according to Royal Mail.

The barcode can be scanned by both recipient and sender. The stamps have a “digital twin” which can be connected an app, explains Royal Mail. To launch the new stamps, animation studio Aardman has created a video of Shaun the Sheep. 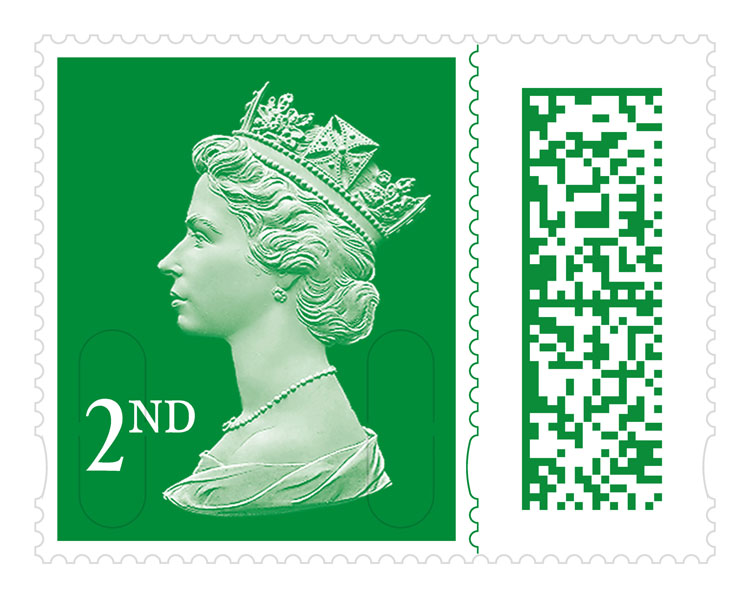 The inaugural video will be the first in a series, and people will be able to choose which video the recipient can watch once they receive an item of post. There’s no added cost to either party to view the video, which will be available to view for a period of time on the app.

“Introducing unique barcodes on our postage stamps allows us to connect the physical letter with the digital world,” says Royal Mail chief commercial officer Nick Landson. He adds that the update “opens up the possibilities for a range of new innovative services in the future”. 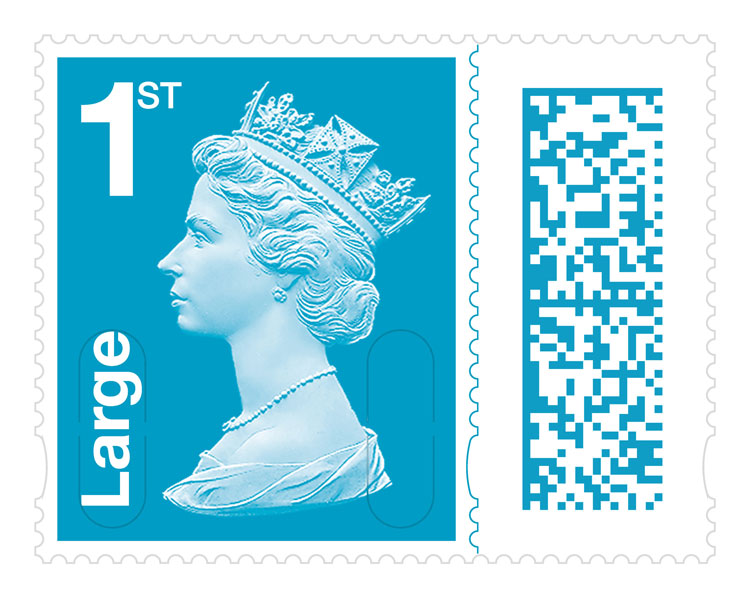 Stamps without barcodes, including Christmas versions, will be valid until 31 January 2023. Royal Mail is encouraging people to use them up before that date, though customers can also swap them for barcoded versions through the network’s “Swap Out” scheme (which begins 31 March 2022).

Large versions of the stamps have also had a makeover; “marine turquoise” for first class, and “pine green” for second. The new stamps are available to buy now. 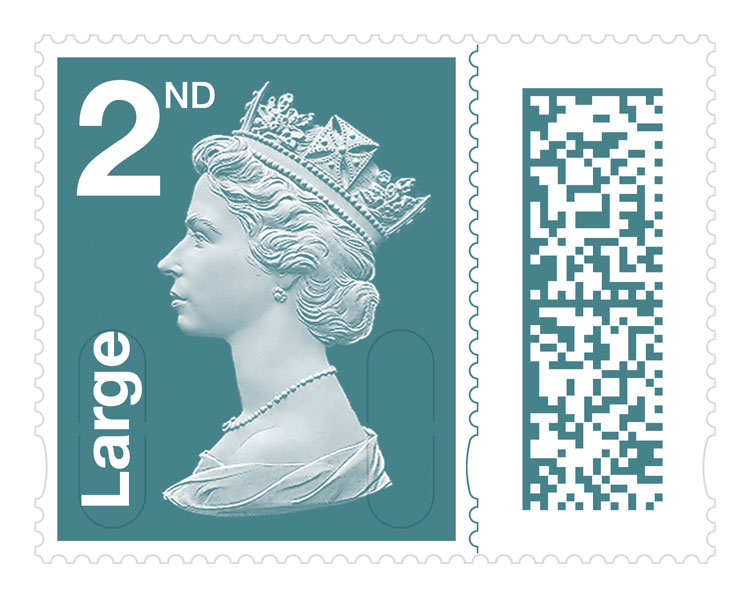 The current profile of the Queen used on definitive stamps was introduced in 1967. It was created by sculptor and stamp designer Arnold Machin. Since then, the image has been reproduced more than 175 billion times, according to Royal Mail.

One popular interactive element in commemorative stamp design has been the use of hidden layers, only visible with UV light. These include So’s Sherlock Holmes set, Studio Sutherl&’s Agatha Christie designs, and Supple Studio’s video game-themed collection.

To mark the 50th anniversary of the company’s non-Royal-related stamp programme, we spoke to designers about their favourite designs in 2015.

What do you think of the update to Royal Mail’s stamps? Let us know in the comments below.