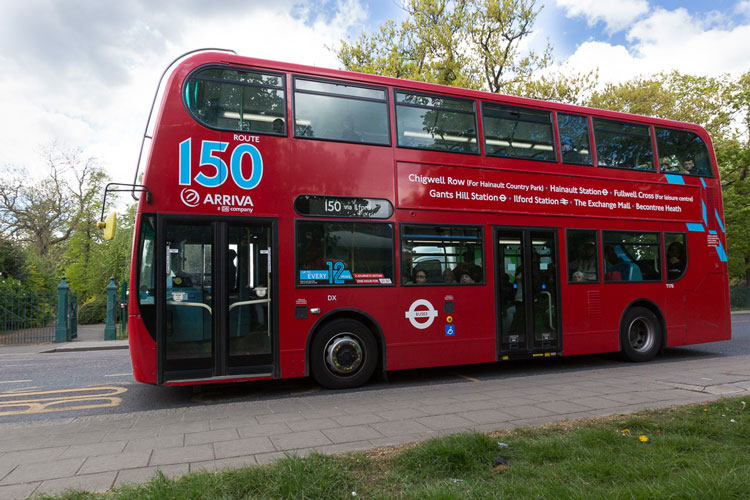 The London Underground is known for its wayfinding design, from the Harry Beck-designed Tube map to the Edward Johnston-designed roundel.

Like the Tube lines, London’s bus routes could soon be identified by a unique colour. This week, Transport for London (TfL) and Mayor of London, Sadiq Khan revealed a trial of a new colour-coded system in Barkingside, east London.

The trial sees individual bus routes given their own colour, with the aim of making London “as easy to navigate by bus as it is by Tube”, says Khan. Bus stops and the buses themselves are marked.

A second trial is planned for Hayes, west London. If successful, London could see a roll out of the concept across all of the capital’s bus routes.

While in theory the new system could help to clarify the extensive and convoluted bus system that exists in London, it remains to be seen how long a roll-out of this concept would take, given how many bus routes exist in the capital.

And of course, endless bus routes equate to an endless palette of colours. A colour-coded bus map would need to be far more extensive than the 13 colours that currently exist for the various Tube lines; for example, could having various shades of red – from mauve to postbox to burgundy – for different bus routes only add confusion and complexity rather than simplify? Or will there be a simpler, area-based colour-coding system to accommodate for this?

The current trial is being carried out across 60 buses and seven routes through Barkingside, covering journeys to and from Walthamstow, Ilford, Loughton and Barking. 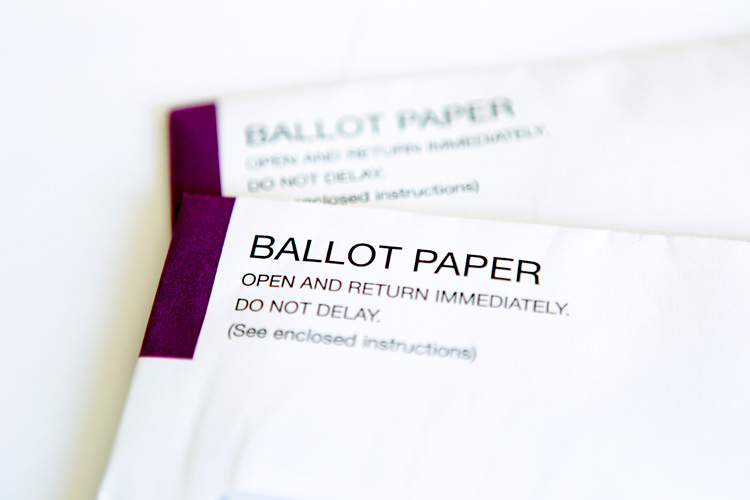 Prime minister Theresa May announced last month that there would be a snap general election in June, which currently looks set to secure the Conservatives’ place in Government while they are far ahead of Labour in the opinion polls.

However, Design Week readers do not represent this majority; we gathered research through a poll, which indicated that 46% of respondents intend to vote Labour. This was taken from 574 total votes.

The Conservatives were next at 18%, followed by the Liberal Democrats at 14% and 11% were undecided.

Political parties are yet to unveil their general election manifestos, but Labour leader Jeremy Corbyn pledged last year to invest in arts and culture, by reversing £43.8 million of cuts recently made to arts funding organisations, and by promoting creative education and extra-curricular activities in schools.

The Creative Industries Federation recently launched its own manifesto; a 10-point list of demands it hopes all political parties will consider when putting together their pledges. Parties’ plans for the creative industries will be revealed when they release their manifestos later this month.

Software was developed to prevent designers from plagiarising

Copycat designs are a persistent issue in the industry, with many designers lacking awareness or knowledge around the need to patent their work. The law has also failed designers previously, where design rights have been found to protect surface design rather than ideas, as was shown in the Trunki vs Kiddee kid’s suitcase law case in 2016. Anti-Copying in Design (ACID) is one organisation which campaigns for clearer laws and guidelines around intellectual property (IP) and copyright.

This week, Brunel University revealed it was tackling the issue but with an approach of prevention rather than law enforcement.

The university has developed software that lets designers load in proposed three-dimensional designs, and then alerts them to existing patented designs that are similar. It then gives them a percentage score of how similar the two products are.

While this score is not indicative of whether a product would be seen to infringe an existing patent – the law around which is much vaguer than defined percentages – it aims to encourage users to rethink designs if they are particularly derivative of existing products.

Research lead at Brunel University, Dr Mark Atherton says: “The primary aim of the project is to stimulate innovation. If a designer sees that the current design has a 54% overlap, they might start to think about how they could… move away from the potential infringement that appears to be on the cards.”

The software is currently in its research phase, and is not yet publicly available but designers are invited to Brunel University on 6 June for a demonstration workshop. 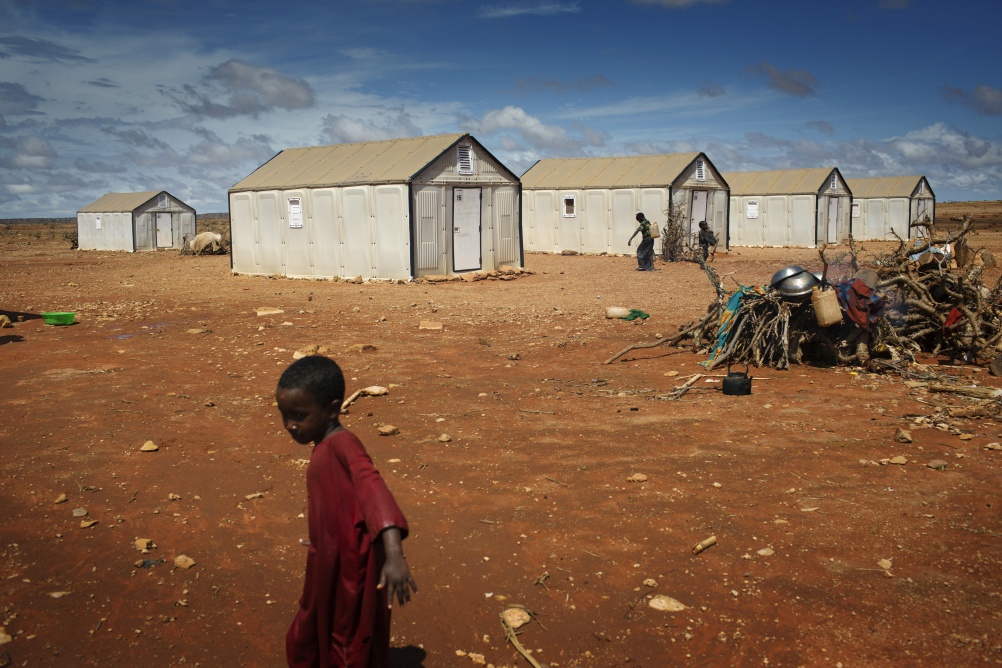 The Ikea Foundation refugee shelter has received much acclaim since its launch in 2015, having been crowned the Design Museum’s Beazley design winner of the year in 2016. Created in collaboration with the United Nations High Commissioner for Refugees (UNHCR), 5,000 of the modular shelters are currently in use in war-stricken countries such as Iraq.

But it was revealed this week that the collapsible shelter would need to be redesigned, following concerns around safety issues such as fire resistance and accessibility. This story was first reported by Dezeen, following an interview with Better Shelter.

A spokesperson at Better Shelter told Design Week that a “challenge” of temporary shelters in refugee camps is that they can be an obstruction for those with disabilities moving around “unrestricted”.

Concerns were also raised about flammability in terms of materials used and how close separate shelters are placed together.

UNHCR confirmed that 9,900 of the pre-existing shelters are not currently in use, and it is not clear at this point whether they will be scrapped or will be used in the future.

The redesign is underway, and will include improved ventilation, lighting, a stronger frame and wall panels, plus a rethink of materials used, camp layout and shelter spacing.

It would be easy to lambaste the Better Shelter for its potential failings but it is also important to remember that it has helped many displaced families by providing them with a sturdy roof which is, in many ways, safer than a standard, fabric tent. Testimonials from refugees have paid tribute to the “unrestricted space” and “privacy” the Better Shelter has offered them. The product has also paved the way for other housing solutions that are conscious of time, space and the need for adaptability. 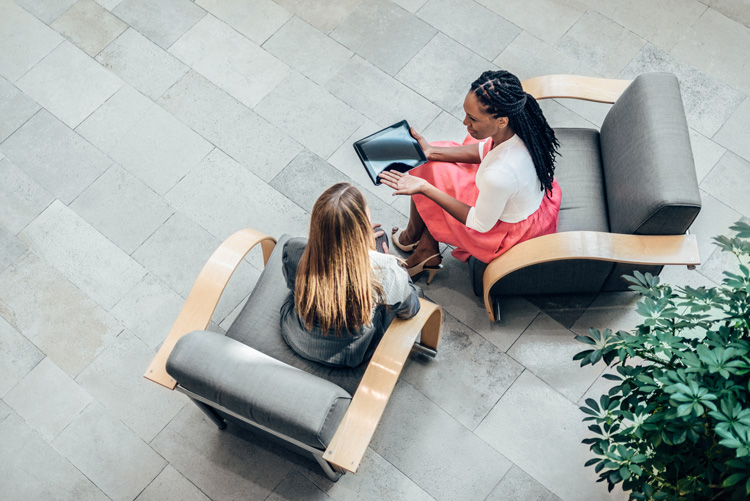 Women witness career progression challenges in many industries, and design is no exception. Societal pressures such as the impetus for women to raise a family, as well as stereotypes around women being “less pushy” and “more thankful” around pay rises and promotions do nothing to help women progress at the same rate as their male counterparts.

So this week, we went to female creative directors and managing directors of design consultancies and asked them how they got to where they are today, and to impart their wisdom for junior designers.

Nissen Richards Studio director, Pippa Nissen advised that young women should not give in to expectations of working themselves into the ground straight after having kids, but should instead “make their own rules” by starting their own practice or finding a place to work that accommodates them “without judgement”. Erika Clegg, co-founder at Spring, suggested that young designers “find good mentors” along their career journey to guide them and boost their confidence.

The piece followed a column by Kerning the Gap founder Natalie Maher, who highlighted the lack of exposure women get in the design industry, initially made clear to her through a simple Google search.