The National Health Service (NHS) is currently experiencing a crisis – lack of beds, record waiting times in A&E, closing of specialist centres and cancelling of serious operations are just some of the issues that have plagued trusts across the UK as the health service has been hit by spending cuts from the Government.

Pressure has been placed on NHS England to save £22bn by 2020-21. So when the organisation announced last week that trusts would need to spend time and money tweaking logos on patient letters and GP surgery signs, there was an expected backlash.

The NHS’ in-house design team has released a new set of branding guidelines – the NHS Identity Policy – which makes it compulsory to present the organisation’s logo and accompanying visuals in a certain way.

This includes the placement of the distinctive blue-and-white NHS logo above a hospital’s name, a defined colour palette of certain shades, and typefaces limited to Frutiger and Arial.

In the eyes of somebody not concerned with the holistic effects of design, this means that hospitals, GP surgeries and clinics must now spend taxpayers’ money “messing around with stupid logos”, replacing signs and letterheads and updating websites, rather than ensuring patients get “good safe care”, as the CEO of the Patients Association told The Telegraph.

But for those who believe in the power of design to enable better communication – particularly within the health sector – creating consistent, clear visuals is surely an important part of patient care in that it eases the anxiety and stress caused by confusing displays of information.

The new guidelines also specify use of the logo. It is now a compulsory stamp of approval for all registered trusts, and there are stricter rules around which commercial companies are allowed to use it. In this way, the new policy is ensuring patients of a service’s legitimacy, which is ultimately protecting them.

It would be ridiculous and offensive to state that a logo’s importance can equate to that of a hospital bed or a life-saving operation. The NHS does not offer a figure on how much the identity project cost to create, and given the immense pressure public health services are currently under, redesigning print communications and GP surgery signs should inevitably fall to the bottom of the list.

But design should not be perceived to be purely aesthetic – a “stupid” commodity with little use other than to look nice. There is an idea permeating – which stems from the Conservative Government – that creativity is a luxury to be tagged on to the important, grown-up fields of science, business and technology. We only need to look at chancellor Philip Hammond’s autumn statement, and prime minister Theresa May’s industrial strategy to see that billions of pounds have been assigned to science and tech development, while funding towards creative sectors dwindles in comparison.

Design is not a luxury – it can be practical, essential and life-saving. Everything from Ikea’s Better Shelter, which has been used to house thousands of refugees in war-torn countries, to the SH:24 online sexual health service, which empowers people by removing the stigma of testing, are examples of design invoking social change. 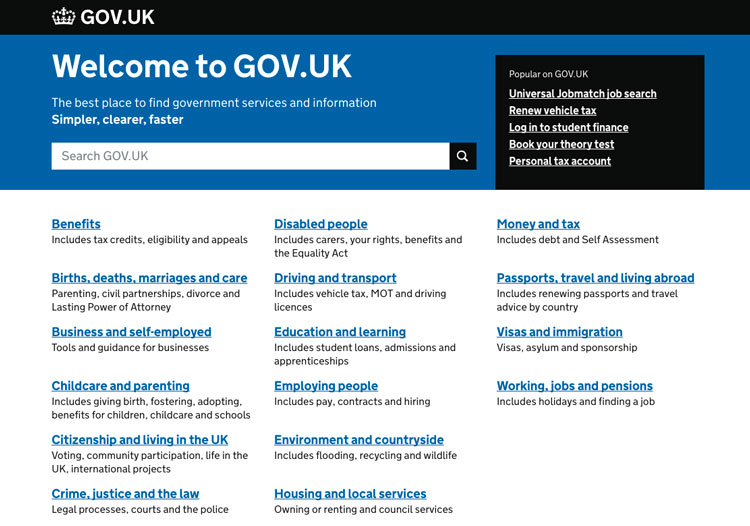 It can also save money. The gov.uk website, designed by the Government Digital Service (GDS) in 2012, pooled multiple, confusing, disjointed Government websites into one place, not only making it easier for people to find services they needed but also saving £61.5 million of taxpayers’ money in 2015.

While the capabilities of product and digital design are obvious, wayfinding and branding shouldn’t be underestimated. In the same way that the NHS hopes to clear up confusion for patients with a consistent identity, well-known colour and symbol-based systems such as Harry Beck’s London Underground tube map and Lance Wyman’s Washington metro map help non-English speaking tourists find their way around unknown cities with ease every day. Iconography has a power of communication that transcends language barriers.

Aside from its practical uses, we should not forget design’s ability to be emotionally and mentally healing. Studies from the National Institute of Health Research (NIHR) and National Center for Biotechnology Information (NCBI) have found that artistic engagement has positive effects on mental health, while The National Institute for Health and Care Excellence (NICE) guidelines state that art therapies – including visual arts, music, dance and drama – can help those with serious mental health problems like psychosis “express [themselves] and work through [their] problems”.

Proof of this is the work completed by installation designer Morag Myerscough for charitable organisation Artfelt. She recently transformed wards at Sheffield Children’s Hospital with sensitive, colourful designs, creating wall murals of different intensities for children with varying conditions. Almost all of the patients who offered feedback on the project were positive about it.

This is just one example of work funded by charities like Artfelt and Vital Arts, which aim to improve patients’ standard of living through visual art.

Similar projects include Peter Blake’s transformation of a Liverpool passenger ferry using pop-art graphics to brighten up the River Mersey, and Eduardo Paolozzi’s mosaics that embellish the walls of London’s Tottenham Court Road tube station, which were so loved by commuters that there was public outrage when they were removed.

Whether the public consciously realise it or not, design is a vital tool to be used to communicate, solve problems and enhance people’s wellbeing and quality of life. As shown by the gov.uk site, it also has the potential to save public money in the long-term.

No, visual communications should not overtake the need for hospital beds, medical research or life-saving drugs – but for as long as design is regarded as an irrelevant, “stupid” waste of time, money and resources, we are limiting its ability to work alongside medicine and science to change lives.

How do you feel about public money being spent on design projects? Let us know in the comments section below.